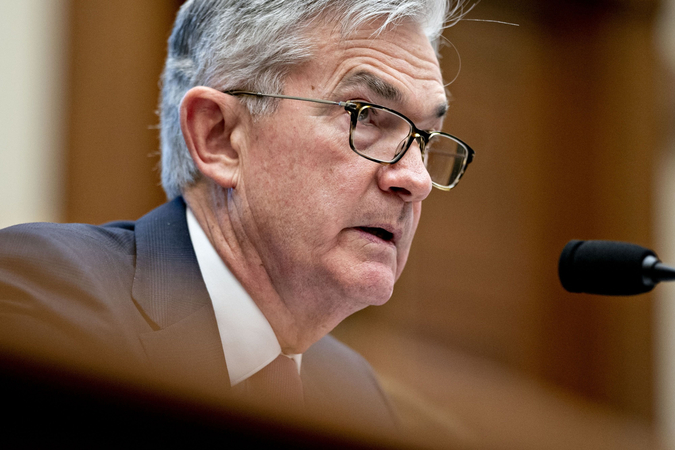 The Federal Reserve announced late Wednesday it is establishing a special backstop for money market mutual funds, which typically serve as risk-free places for investors to store cash. Early Thursday, the Fed announced more "swap lines" with other central banks around the world to help ensure they have sufficient U.S. dollars.

By establishing the Money Market Mutual Fund Liquidity Facility, the Fed is reprising another weapon from its 2008 arsenal. During the financial crisis of a dozen years ago, there was great concern that these money market mutual funds would not be able to make investors whole.

In recent weeks, investors have been rushing to pull money out of the market, leading to concerns that a wide range of assets could face a run. The Fed has launched seven emergency actions this week, with the money market liquidity facility announcement occurring at 11:30 p.m. And on Thursday, the Fed extended a move earlier in the week aimed at central banks, pushing the number of Fed interventions to eight.

Under that program, the Fed will make loans to money market mutual funds if they are facing a cash crunch. With this pledge, it's hoping to assure investors they should have no worries about these funds.

"Money market funds are common investment tools for families, businesses, and a range of companies," the Fed wrote in a statement. "The MMLF will assist money market funds in meeting demands for redemptions by households and other investors."

The coronavirus health crisis is threatening to become a financial crisis as well as so many businesses - big and small - are on the verge of failing and looking for loans from banks.

Fed Chair Jerome Powell has pledged to use every "tool" he has to keep credit available and to try to boost the economy during a swift downturn.

This week, the Federal Reserve has slashed interest rates to zero, restarted its bond-buying program known as "quantitative easing," started buying short-term business loans known as commercial paper, ramped up "swap lines" with foreign central banks to ensure other nations have enough dollars, allowed banks to borrow money from the Fed at a 0.25% interest rate and announced loans for primary dealers of U.S. Treasury bonds.

On Sunday, the Fed had enhanced its U.S. dollar swap lines with Japan, Europe, Canada and the United Kingdom. On Thursday, the Fed extended more swap lines to Australia, Brazil, Mexico, South Korea and other nations, an effort to make sure U.S. dollars continue to flow easily around the world.

The U.S. Treasury had to approve the money market industry support by seeding the Fed $10 billion to get the special fund going.