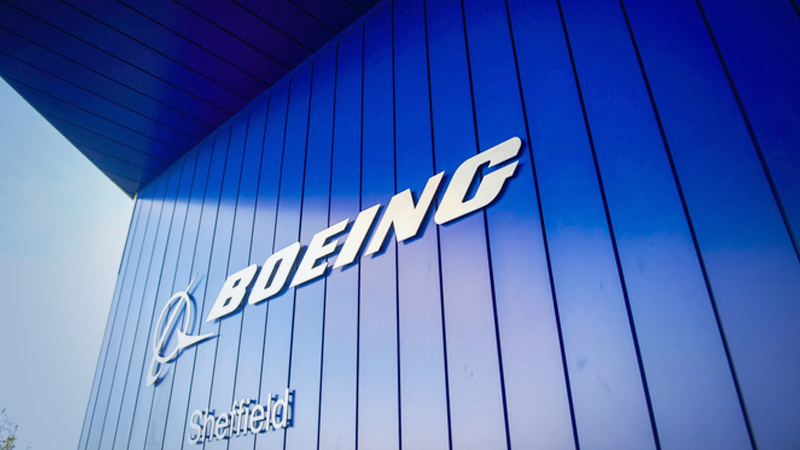 Boeing will halt all of its production activities in the Puget Sound region of Washington State, an early national hotspot for coronavirus, for two weeks following the reported death of an employee.

The move impacts up to 70,000 employees in the Pugent Sound region who the company said would receive paid leave during the halt.

Boeing Chief Executive Officer Dave Calhoun pledged to be in close contact with the company's customers and suppliers throughout the halt to operations. Operations at those facilities will be wound down over the next few days.

"This necessary step protects our employees and the communities where they work and live," Calhoun said in a statement. "We continue to work closely with public health officials, and we're in contact with our customers, suppliers and other stakeholders who are affected by this temporary suspension. We regret the difficulty this will cause them, as well as our employees, but it's vital to maintain health and safety for all those who support our products and services, and to assist in the national effort to combat the spread of COVID-19."

The International Association of Machinists, a union representing Boeing employees, separately told its members that an employee in the company's Everett, Washington, factory, died from the virus. The statement did not identify the employee.

"Our hearts and prayers go out to his family," the union wrote in a notice to its members. "This devastating fact adds to an already deteriorating situation."

The move comes as manufacturers across the country are trying to navigate production demands with increasingly drastic state mandates designed to slow the spread of the disease. The big three automakers ― Ford, General Motors and Fiat Chrysler America ― moved to halt their operations last week.

The production halt could hamstring Boeing's commercial production operations until further notice. Although Boeing is headquartered in Chicago, its factories in Washington state form the epicenter of its production activities. According to the company's website about 70,000 employees in the state handle final assembly for commercial jetliners including the 737 Next Generation, 747, 767, 777, and 737 Max. The company has had factories in the region for 100 years.

The coronavirus has presented a compounding crisis for Boeing. The company was already in dire financial straights due to the ongoing grounding of the 737 Max, which the FAA grounded more than a year ago after faulty flight control systems played a role in two deadly crashes. Now the coronavirus has rippled severely throughout the global aviation industry and threatened the long-term health of the U.S. aviation industry, as global travel bans put the airline industry on hold.

Boeing's stock price has lost about two thirds of its stock value in the past month, falling faster than the broader stock market.

The company has engineered a series of desperate measures to contain the financial damage. It drew down the full amount of its $13.8 billion loan in mid-March soon after the stock market tumble began and halted all new hires. Calhoun and board Chairman Larry Kellner announced they would forego their salaries until the end of 2020.

The company is asking for at least $60 billion in federal financial stimulus money to save the U.S. aviation industry, of which Boeing would be a primary beneficiary. The decision to ask for public funds has led to controversy internally, with former United Nations ambassador and South Carolina governor Nikki Haley abruptly resigning from its board.

Richard Aboulafia, an aerospace analyst at the Teal Group, said that at a time when Boeing is looking for a bailout from the federal government "the deep cleaning and shut down is the least of their worries. It's not like anyone is clamoring for jets right now. No one is flying."

According to Boeing's website, the company employs more than 150,000 employees in the United States and in 65 countries. It reported $101 billion in 2018 revenues, with about $60 billion of that coming from its commercial airplane division and $23 billion from its defense operation.

Boeing's defense business could prove to be somewhat of a refuge from turmoil facing its commercial business. The company said Monday that "the majority of our production and other facilities throughout the company remain open." That includes manufacturing sites across the country where it produces aircraft and weapons for the Pentagon.

On Friday, Ellen Lord, the under secretary of defense for acquisition and sustainment, issued a memo saying that the defense industry met the Department of Homeland Security's definition as a "critical infrastructure sector" and as a result companies are "expected to maintain their normal work schedules."

NASA, however, has been taking a different approach.

Its facilities in Louisiana and Mississippi, where Boeing has been working on NASA's Space Launch System rocket, are temporarily closed due to direction from the space agency.

In a memo last week, NASA Administrator Jim Bridenstine said access to the Stennis and Michoud assembly facilities "will be limited to personnel required to maintain the safety and security of the center" and that the agency "will temporarily suspend production and testing of the Space Launch System and Orion [spacecraft] hardware."

Tags:
Boeing to shut down coronavirus