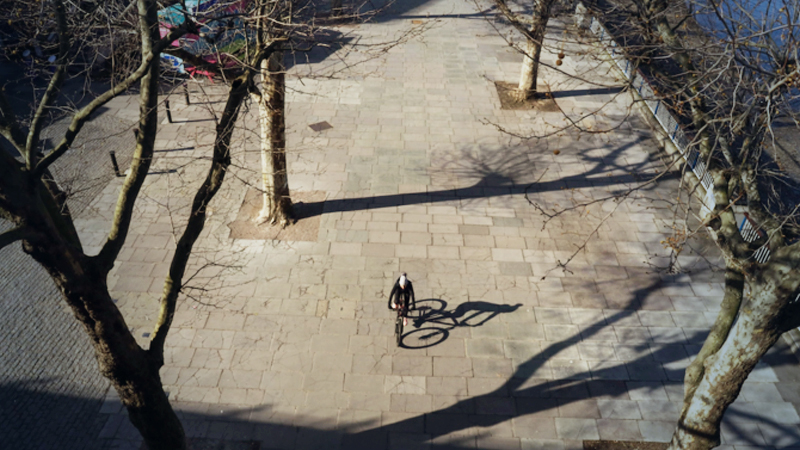 A lone cyclist rides along the River Thames in London on March 24, 2020. MUST CREDIT: Bloomberg photo by Simon Dawson

As Britain awoke to unprecedented peacetime limits on freedom of movement, a core band of finance professionals still had to find their way to the office.

Deutsche Bank and Credit Suisse Group armed "critical staff" with letters in case authorities demanded documentation to explain why they were out and about. Barclays Plc covered Uber rides for some employees avoiding public transport. UniCredit SpA checks to make sure none has a fever.

There was no need for the top brass to change their behavior in the wake of Prime Minister Boris Johnson's announcement late Monday that all unnecessary movement of people was banned for at least three weeks. Senior executives have been working remotely for weeks as the coronavirus pandemic ravaged much of Europe and began spreading illness and alarm throughout Britain.

In contrast to the financial crisis a decade ago, when groups of bankers and policymakers huddled to bail out the financial system, best practices now force key players to communicate without body language or that tell-tale raised eyebrow.

"So much of crisis management is looking people in the eyes," says Philip Hampton, who was named chairman of Royal Bank of Scotland after the bank was bailed out in 2008. "In a crisis you often have to pack everything up and work through the night. You have to be there with the lawyers and the contractual documents and I don't see how all of that can be done remotely."

"I am now running the bank with a much shorter horizon and I am now having virtual meetings," he said at a virtual financial services conference hosted by Morgan Stanley last week. "Our planning cycle has shortened significantly."

A government list of "key workers" who can still go to the office includes "staff needed for essential financial services provision," giving banks some leeway in organizing their staff. And while desks are largely barren, some have been asked -- or told -- to make their way to an office: Equity and credit markets melting down and volatility is off the charts.

At Lloyds, a trader drove his own car through the traffic-less metropolis instead of using public transport. Deutsche Bank's critical employees comprise mostly traders and security staff. The few Commerzbank employees showing up to the office are being discouraged from taking public transport, with car parking, bike parking and even company accommodation provided.

At Goldman Sachs, only staff performing "essential functions" should go to the office, Richard Gnodde, who heads its international business in London, said in a memo to its staff.

UniCredit, Italy's biggest bank by assets, has adopted the same standards for all its offices. In London, like in Milan and Munich, there is a rotation system and traders are deployed to different floors. The bank checks each employee's body temperature, and it pays the commute for all of them to avoid public transport.

Of Mediobanca's 100-person London staff, all are working from home except for about five traders who rotate in the office.

Home or not, there are still standards to be maintained.

RBS Chairman Howard Davies turned up on Bloomberg TV Tuesday morning via FaceTime wearing a white shirt and a tie against a backdrop of book shelves.