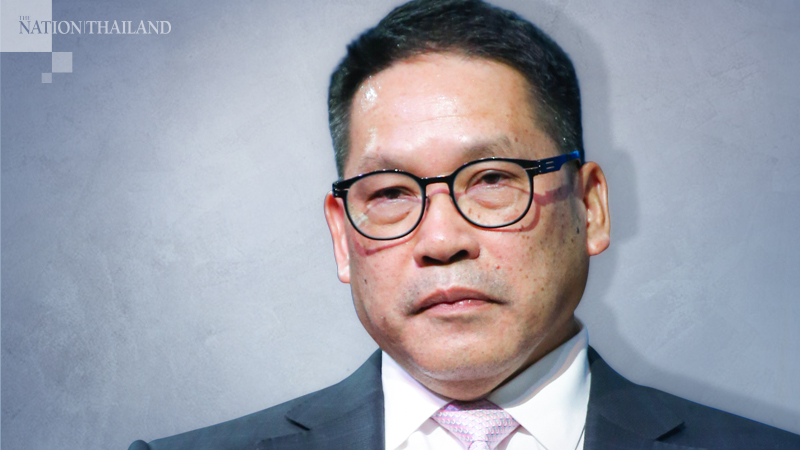 Finance Minister Uttama Savanayana plans to issue an emergency decree of his own to try and save the economy from freefall.

Meanwhile an economist has suggested the government may need to borrow Bt800 billion-Bt1 trillion to offset the impact of the Covid-19 virus.

Uttama said on Thursday (March 26) the ministry was preparing an emergency decree to borrow money to relieve the hardest-hit sectors of the economy.

“We will determine how much money is needed to tackle the issue,” he told reporters.

An emergency decree from the Finance Ministry would be the second this week following the government’s imposition of a state of emergency from Thursday through April 30.

Uttama’s move also comes after the Bank of Thailand predicted that the economy would contract by 5.3 per cent this year, a drop from its previous forecast.

Uttama said the central bank’s assessment reflected the current situation, but the ministry will be closely watching how the impact of the crisis evolves.

It will consult state agencies about reallocating their shares of the fiscal 2020 budget to keep the focus on the pandemic’s impact, he said. They might have to reallocate 10 per cent of funding to dealing with it directly.

The Transport Ministry will be consulted on measures needed to rescue Thai Airways International, the national flag carrier, which has been severely hurt by flight cancellations, Uttama said.

The estimate that the government might have to borrow Bt800 billion-Bt1 trillion to undo the damage caused by Covid-19 came from Pipat Luangnarumitchai, assistant managing director at Phathra Securities, in an interview with The Nation.

He noted that the US Senate on Thursday approved an historic stimulus package worth $2.2 trillion, an amount equivalent to about 10 per cent of America’s gross domestic product.

Pipat said the Thai government should give top priority to containing the outbreak by mobilising medical resources for testing, screening, quarantine and treatment.

It also must provide relief for businesses and workers. Businesses are dealing with cash-flow shortages due to both the virus outbreak and state-imposed lockdown measures.

And it should inject more liquidity into the market, as the US and countries in Europe are doing.

Washington has earmarked $420 billion worth of loans and is guaranteeing initial losses up to 10 per cent.

The US Federal Reserve will use the fund to float financial institutions – at a cost that could eventually reach $4 trillion, Pipat said.

The Thai government might have to similarly partially guarantee commercial banks’ loans to businesses.

The Bank of Thailand might have to join the government in providing soft loans, Pipat added. It recently launched a debt-restructuring programme for businesses and individuals and has established loan sources for the bond market.