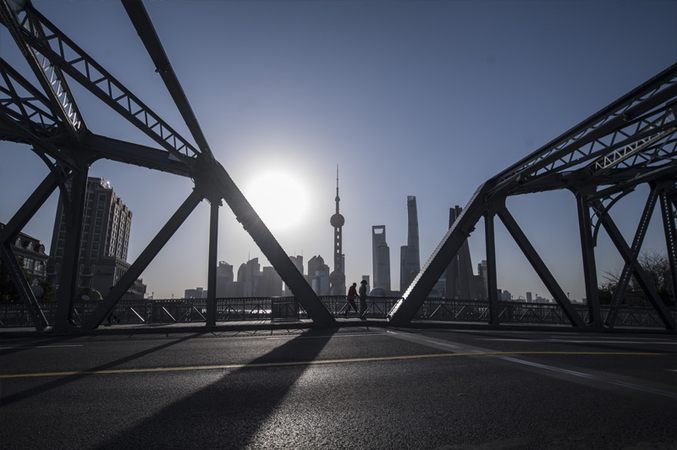 As the coronavirus outbreak roils credit markets around the world, Asia is under particular threat.

The region has led the world in economic growth for years as debt helped fuel frenetic construction of airports, bridges and apartment towers for millions of people moving into cities. That model is now running up against an unprecedented spike in borrowing costs, as investors who piled into the region's riskiest debt at a record pace grow anxious.

"It's all coming home to roost," said Charles Macgregor, head of Asia at Lucror Analytics, an independent research firm based in Singapore that focuses on high-yield credit. "Some companies will take advantage of the crisis to restructure their debt."

Bondholders are now racing to dump their positions after snapping up a world-beating 140% jump in junk-rated Asian dollar issues in 2019. Spreads on junk bonds have soared to around the highest on record, according to data going back to 2010, new issuance has slowed to a trickle and analysts at Goldman Sachs are predicting defaults will rise.

The swing from boom to bust has been swift even by the standards of today's manic global markets. Weakening Asian currencies put additional strain on companies that borrowed in dollars. The depth and breadth of the pain will depend on the path of the outbreak and government efforts to prevent economic depression, but some businesses are running out of time. About 40% of the $11.4 trillion in bonds issued by Asian companies will mature before the end of 2021, including about $23 billion of stressed dollar notes coming due this year.

Money managers once seduced by high yields have lost their appetite for risk. Since February 20, investors have withdrawn over $34 billion from corporate bond funds, according to the Institute of International Finance.

The pandemic is forcing companies to draw down credit lines and even brings fears of a protracted malaise that has some flavor of a depression. In an early warning sign of pain in Asia, Singapore's economy contracted the most in a decade in the first quarter. The credit market turmoil adds to risks for a region that again surpassed other areas with a 5.3% economic growth rate last year, but is now particularly vulnerable as travel bans and lockdowns crimp exports.

While domestic bond markets in Asia have become more robust and banking systems healthier, the corporate sector is still wobbly. In Indonesia and Thailand in particular, currencies have lost at least 7% against the dollar this year.

Firms are larger compared with the Asian financial crisis, but weaker as a lot of debt has built up, according to Raymond Chia, head of credit research for Asia excluding Japan at Schroder Investment Management.

Indonesia's corporate debt is the most precarious. The currency is down a region-worst 14% this year, and the local bond market is less robust than its neighbors'. In the past month, S&P has either downgraded or changed outlooks to negative for six Indonesian companies with $3.2 billion in total debt outstanding.

Oil and gas explorer PT Medco Energi Internasional is among them, with a credit profile that only gets weaker the longer the oil price war goes on.

In the region, China "is the elephant in the room," said Alicia Garcia Herrero, chief Asia-Pacific economist at Natixis. China accounts for about one-quarter of the world's total corporate debt, and among stressed debtors, it's an even bigger player: a report last year suggested some 40% of the world's riskiest debt was owed by Chinese corporates.

Chinese builders, including China Evergrande and Kaisa Group Holdings, are the biggest junk bond issuers in Asia, accounting for about 48% of that market. Now the coronavirus outbreak's brought sales to a halt, drying up the short-term financing the industry relies on. In March, Herrero invoked another pachyderm, calling the sector "a hibernating grey rhino waking up to global risk aversion."

The region's most stressed companies can't wait for a long recovery. Among Asia-Pacific borrowers with yields above 15%, $23 billion in U.S. currency bonds matures before the end of the year, according to Bloomberg-compiled data.

Among these are Indian auto company Tata Motors, with a dollar bond maturing in April, and China Evergrande Group, one of China's most indebted developers, with net debt of $88.5 billion as of June. PT Garuda Indonesia, the nation's flagship carrier, also has $500 million in debt set to mature in June, and global air travel has ground to a halt.

They will all pay dearly to refinance or to access new capital. Spreads on Asia junk dollar bonds have jumped nearly 700 basis points this year to at least a 10-year high, according to a Bloomberg Barclays index.