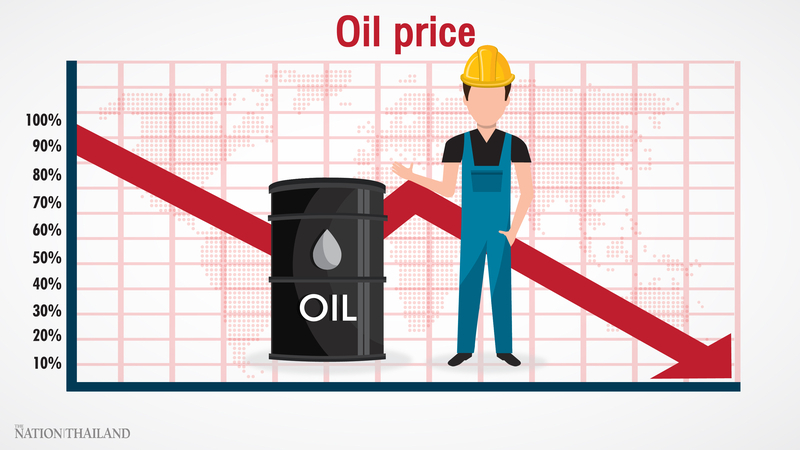 The price of crude oil dropped further as the market expects the Covid-19 pandemic to prolong for many months, an energy analyst at Thai Oil said on Tuesday (March 31).

Crude oil price continued to decline for the fifth week. Currently the price is below US$20 per barrel, the lowest level in 18 years after preventive measures to contain the spread of Covid-19 virus is likely to last for many months.

Trafigura, the world's largest oil trading company, expected oil demand to decrease by over 30 million barrels per day in April this year, or equivalent to a third of the total daily oil demand as the global economy has been hit hard by the virus outbreak.

Saudi Arabia announced increase in oil exports by about 600,000 barrels per day to 10.6 million barrels per day, starting from May this year after negotiations with the US and Russia failed to reach a mutual agreement.

Genscape, an energy information service provider in the US market, reportedly said that the crude oil reserve in Oklahoma had increased more than 4 million barrels last week, the highest increase within a week in 10 years.

Benzene fuel prices dropped more than those of Dubai crude oil as benzene oil demand in Indonesia, the largest oil buyer in Southeast Asia, fell after preparing to enhance measures to contain the spread of Covid-19 virus.

Diesel fuel prices dropped lower than those of Dubai crude oil although India's diesel oil export volume increased after the country announced enhanced measures to contain the spread of Covid-19.