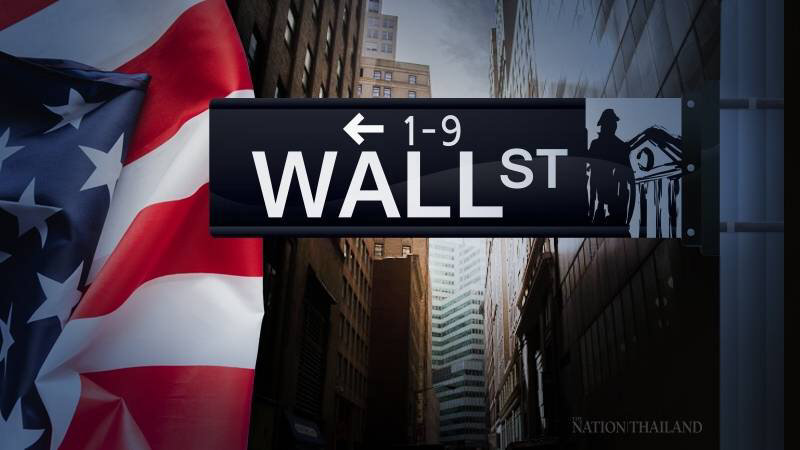 Stocks descended deeper into their month-long funk Wednesday as the nation entered one of its most dire periods in memory. Coronavirus deaths are piling up, vast swaths of the population are confined to their homes, and tens of millions are hurting while the pandemic squeezes the life out of the economy.

As the nation looks for a whisper of good news, Wednesday's sell-off suggests Wall Street is bracing for even deeper losses after finishing one of its worst quarters ever.

"We are in for shockingly bad labor market numbers in Thursday's unemployment claims," said Luke Tilley, chief economist at Wilmington Trust. "We are in for the sharpest quarterly decline in economic activity that we have ever seen. And the recovery in the second half of the year is going to be slow, challenging and disappointing. It's going to get a lot worse before it gets better."

All three indexes are deep in the hole for 2020 after hitting record highs in mid-February, with the Dow erasing 26% of its value, the S&P 500 shedding 23% and the Nasdaq sliding 17%.

Overseas markets had a difficult slog on the heels of President Donald Trump's warning Tuesday that "this could be a hell of a bad two weeks." Britain's FTSE 100 lost 3.8%, the German DAX 3.9%, the French CAC 40 nearly 4% and the benchmark Stoxx 600 dropped 2.9%. Japan's Nikkei 225 led Asian markets into the red with a 4.5% loss. Hong Kong's Hang Seng and the Shanghai index also fell.

The global plunge came as no surprise following the White House's bleak outlook Tuesday for the pandemic's spread in the United States. Trump said the mitigation tactics employed by health officials presented a best-case scenario of 100,000 to 240,000 fatalities. Confirmed U.S. cases topped 200,000 on Wednesday as the nation broadened its testing to fight the spread of the disease.

Adding to Wednesday's market turmoil was a report from the Institute for Supply Management that said manufacturing slid to 49.1% in March, down from 50.1% the previous month. Although forecasters predicted a lower number, anything below 50% is a warning that manufacturing is contracting.

Thursday's eagerly-awaited weekly jobless claims numbers are likely to be an early indicator of what is expected to be a long season of discouraging financial, business and employment data.

"In the upcoming earnings season, most corporate managements will have nothing to offer but uncertainty about how bad their results will be over the rest of the year," said Ed Yardeni, president of Yardeni Research. "After accentuating the positives in the war against the virus last week and rotating out of bonds and into cheap stocks, investors are hunkering down in the trenches again."

Investor anxiety surfaced with the coronavirus's contagion in the U.S. several weeks ago. The result has been big stock market swings not seen in years. Numerous milestones, from daily point plunges to percentage gains to worst monthly and quarterly declines, have fallen or nearly fallen. The Dow capped its worst-ever first quarter on Tuesday with a 400-point loss.

All but two of the Dow 30 stocks finished in the red Wednesday, with aerospace giant Boeing and American Express the biggest drags. Boeing had been on a resurgence last week, nearly doubling its price as investors calculated that the $2 trillion federal relief package would aid the airplane manufacturer. But Boeing's share price has retreated in the past few sessions, and on Wednesday it was hovering about $130 per share. Late last week the price was $180.

Walmart and Procter & Gamble were the only blue chips scoring gains Wednesday. Utilities and real estate were the worst performers among the 11 S&P stock sectors, all of which were in the red for the day. Utilities, real estate firms and banks could get hurt if consumers lose their jobs and are unable to pay mortgage and power bills.

A decline in oil prices continues to wreak havoc on markets, threatening millions of jobs and the rich dividends prized by shareholders. Whiting Petroleum on Wednesday was the first shale oil company to declare bankruptcy as debt-burdened shale drillers - also known as frackers - are pressed by the decline in prices.

The price of a barrel of U.S. crude oil inched to $21.04 on Wednesday after Trump announced that he would meet with oil executives on Friday in an effort to limit supply and push prices higher. Oil prices are less than half of what many U.S. producers need to make a profit and meet obligations. Once known for jawboning the Saudis to pump more oil and thereby lower the price, the president now finds himself in the uncomfortable position of trying to raise oil prices so U.S. energy companies can earn a profit.

Oil prices fell the most ever last month due to lower demand and a price war between Russia and Saudi Arabia, two of the world's biggest suppliers.

Jamie Cox of Harris Financial Group said part of the reason that stocks took a hit on Wednesday was "because overnight, several of the U.K. financials, Barclays, Royal Bank of Scotland, HSBC, stopped paying their dividends so they can weather the storm. That's unusual."

"Markets are realizing that the next couple of weeks are going to be very difficult," Cox said.

The Richmond, Virginia, money manager said he is telling clients to sit tight.

"I have been telling every retiree to dial back their withdrawals," Cox said. "The overwhelming majority of my clients do not have a mortgage and don't rely on savings for 100% of their income. So they are able to have a long-term focus, which right now is the right thing to do."

Cox said that if investors want to replenish their stock holdings after the recent decline, they should concentrate on owning companies that are still open for business, such as Microsoft, Amazon, Procter & Gamble and Coca-Cola. Washington Post owner Jeff Bezos is the founder and chief executive of Amazon.