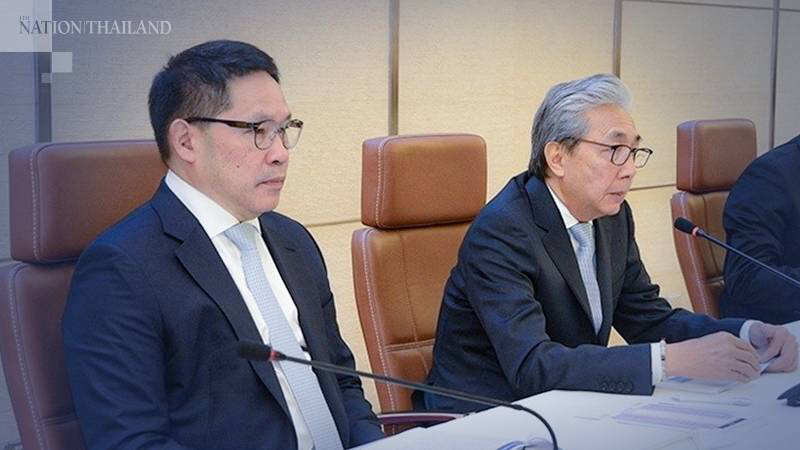 In a move to cushion the economy which has been severely disrupted by the Covid-19 outbreak, the government plans to launch an extra large stimulus package worth about Bt1.7 trillion. The Bank of Thailand will also roll out additional soft loans, purchase corporate bonds and expand the insurance coverage of deposits.

Prime Minister General Prayut Chan-o-cha held a special Cabinet meeting on Friday (April 3) to discuss financial options to bolster the economy for the next six months.

Deputy Prime Minister Somkid Jatusripitak said the government will next week call on the Cabinet to approve its loan plan through the Emergency Decree. Somkid said the loan will be between 9 and 10 per cent of the gross domestic product (GDP) – about the same as the amounts taken by many other countries.

Given that Thailand’s GDP was worth Bt16.68 trillion as of the end of 2019, the extra stimulus package can be as high as Bt1.7 trillion.

The government had previously launched two packages worth a combined total of about Bt400 billion to deal with the Covid-19 fallout. These relief measures include a Bt5,000 cash handout to 9 million people for three months.

“The source of extra spending will come from the reallocation of the 2020 fiscal budget and loans under the Emergency Decree,” Somkid revealed.

Each ministry will sacrifice about 10 per cent of its budget to deal with the Covid-19 impact, he said.

The Cabinet on Friday resolved to issue three Emergency Decrees.

The first will allow the Bank of Thailand to offer soft loans for business, the second will enable the central bank to purchase corporate bonds that have matured, while the third will authorise the Finance Ministry to take fresh loans.

These three Emergency Decrees will be submitted for Cabinet approval on Tuesday (April 7).

The Finance Ministry is scheduled to talk to the Budget Bureau about how much money can be reallocated under the annual 2020 fiscal budget, and the new borrowing will depend on the amount reallocated. If the authorities can agree to reallocate large sums, the Finance Ministry will not have to borrow a huge amount.

“The new financial aid will cover the welfare of both businesses and the public,” Somkid said.

The scheme will also cover the launch of new career training programmes for workers who have returned to their hometowns after businesses employing them shut down, he said.

Separately, central bank governor Veerathai Santiprabhob said the new soft loans offered to small and medium-sized businesses will be  larger than those handed down previously. The last time the central bank offered soft-loan facilities was when the country suffered big floods in 2011.

As for corporate bond purchases, the central bank will buy investment grade bonds and bond issuers did mobilise at least 50 per cent of funds raised via the financial market, Veerathai said.

Also, in a move to maintain depositors’ confidence in the banking sector, the Bank of Thailand will extend Bt 5-million insurance per bank account for one more year. According to current regulations, the Deposit Protection Agency  will provide only Bt1 million in deposit insurance from August 11 onward.

As part of the relief measures, the central bank will also allow commercial banks to lower their contribution towards debts to the Financial Institutions Development fund to 0.23 per cent from 0.46 per cent from their deposit base for two years.