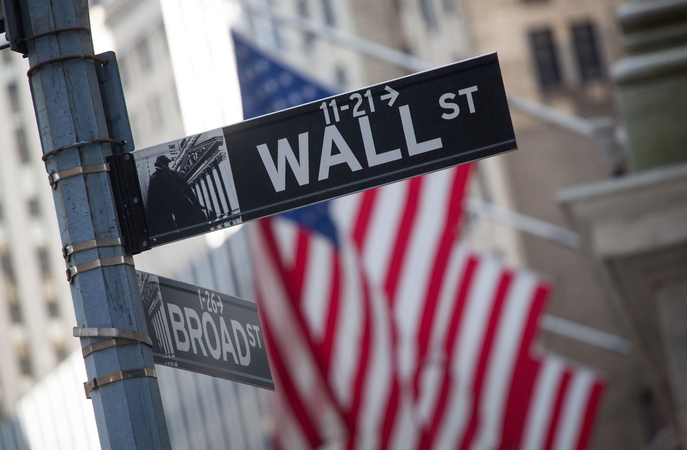 U.S. stock markets on Friday stumbled out of another volatile week filled with dismal unemployment numbers and relentless rise in coronavirus deaths. The one positive out of the week may have been that markets didn't perform even worse, thanks in part to a surge in oil prices.

All three major indexes have declined three of the past five sessions and three of the past four weeks. The Dow and the S&P are down 29 and 27 percent from their all-time highs in February. Both indexes were down more than 2 percent during the day on Friday.

The week was marked by deflating declines interspersed with euphoric upswings, but the losses were still less than some analysts had feared given the brutal job news and the severity of the outbreak.

"The reason stocks didn't perform even worse may be that people are looking beyond the despair of the next several weeks and realizing that the economy could begin to recover in the second half," said Ivan Feinseth of Tigress Financial Partners. "There is a lot of bad news already built into stocks."

The Labor Department announced Friday that 701,000 jobs were shed in March, driving the jobless rate up to 4.4 percent. The losses ended the nation's 113-month streak of job growth and were the worst since 2009. A day earlier, the agency disclosed that more than 6.6 million Americans had filed jobless claims last week alone, shattering the preceding week's record of 3.3 million jobless claims.

Ten of 11 stock sectors turned negative Friday. All but five of the Dow's 30 blue chips were also in the red, Pfizer was the big winner for the Dow while health care King UnitedHealth Group was the biggest drag, falling 5 percent on the day.

Oil prices had another banner day. U.S. crude jumped 14 percent to more than $28 per barrel. That's still historically low but almost a 50 percent gain from the $20 per barrel price of earlier this week. But the oil companies, which helped propel Thursday's big stock rally, didn't share in the price surge. ExxonMobil and Chevron, the big U.S.-based producers, both posted declines.

Analysts said that a worldwide agreement to cut oil production will likely require American companies to lower output, too. That would bite into revenue and profits for U.S. companies, many of which are suffering from low revenue and heavy debt burdens that they cannot service.

The U.S. has become the world's biggest oil producer in the past five years, due mostly to the shale oil companies. But many of those shale oil companies face bankruptcy if the price of oil doesn't increase much higher from its current level. Private firms find it difficult to make a profit with an oil price below $50 per barrel.

"There is a lot more hope for the commodity than there is for the companies that produce and sell it," said John Kilduff of Again Capital. "They aren't just behind the eight ball. The eight ball is sitting right on top of them."

The past week saw an end to the worst first quarter for stocks in history and the beginning of a critical second quarter filled with anticipation over the fight against the coronavirus and whether the tens of millions of Americans sequestered in their homes can get on with their lives.

"There is a silver lining" to the terrible just ended, said Kristina Hooper, chief global strategist at Invesco. "What we have learned from the experience of China is that the sooner the cessation in economic activity and strict adherence to health guidelines, the sooner the virus' growth can be controlled and economic activity can resume. We could see a rollback of the 'lock down' begin later in the second quarter.'

U.S. stocks rallied Thursday on word that Saudi Arabia and Russia may slash crude output by 10 million barrels a day. Diminished demand due to the economic slowdown caused by the coronavirus coupled with increased supply from Russia, Saudi Arabia and the United States pumping oil like mad has driven the commodity's price so low that almost no one can make a profit. Some experts say the world is pumping a surplus of 20 million barrels of oil per day with no place to put it.

Slashing output could chart a path toward restoring the hardest-hit sector of the economy, which is why Thursday's announcement propelled crude prices 25 percent to their best day ever.

Foreign markets made modest gains on that news Thursday, but were mixed Friday. The DAX in Germany lost 0.3 percent, London's FTSE fell 1.1 percent. Japan's Nikkei saw great gains in midday trading, but gave most of them back to finish ahead by not even one-tenth of a percent. The HSI in Hong Kong fell 0.2 percent and the BSE Sensex in Mumbai lost 2.4 percent.