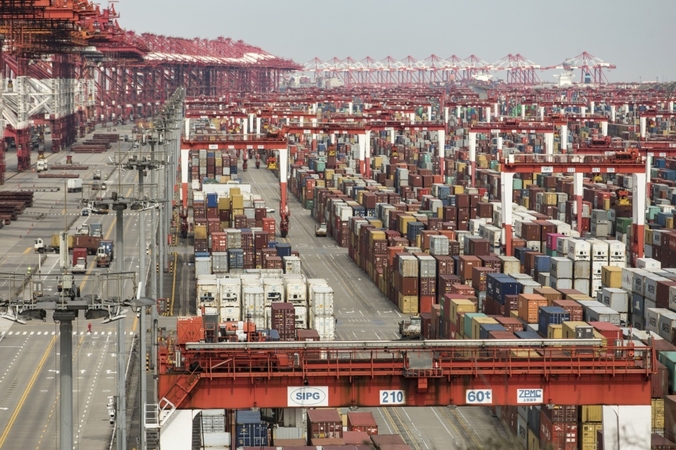 Port restrictions and canceled flights are straining the ability to replace seafarers on board ships, further weakening global supply chains already snarled by the coronavirus pandemic.

Hubs like Singapore, Abu Dhabi and Shanghai have halted most crew transfers, while global lockdowns have complicated travel from the Philippines, which supplies about a quarter of the world's seafarers.

At risk is the flow of goods like food, medicine and energy via commercial shipping, which accounts for about 80% of global trade. While unseen by most consumers, restrictions on crews are among the unprecedented challenges wrought by the virus, which has ground major economies to a halt.

"Most ports have stopped crew changes as part of a concerted effort to prevent the spread of the virus," Philippine Transmarine Carriers Chief Executive Officer Gerardo Borromeo said. "Our problem is trying to solve a complex logistics issue of getting crew onto limited flights to countries that will allow such changes at their ports."

About 100,000 seafarers each month need to be changed over from ships to comply with maritime rules that regulate safe working hours and crew welfare, according to a March 19 letter from the International Chamber of Shipping. If changeover restrictions continue there could be fewer available ships and higher freight costs, said Dario Alampay, chairman of the Filipino Shipowners Association.

Countries and ports should consider exemptions for seafarers similar to those granted to airline and health workers, according to the United Nations Conference on Trade and Development. Essential medicine and equipment is already being held up in several ports in Europe, it said.

"You do not want to risk working with a fatigued, overworked crew," said Alampay. Exhausted seafarers are more prone to distress and lack of focus, which can lead to accidents, he said. The longest seafarers should be on board a ship is 11 months, according to the Maritime Labor Convention.

The Philippines has about 300,000 seafarers for cargo ships and roughly 200,000 of those are currently out at sea and the rest are onshore, according to an estimate from Doris Magsaysay-Ho, president of A. Magsaysay Inc., a Manila-based shipping and manning company.

Industry and government should work together this month to establish protocols that include temperature checks and 14-day quarantines for crew changes, said Borromeo. This will likely increase shipowners' costs, he said.

Another option is for shipowners to drop off and pick up crews in Manila. Some foreign ship owners are already looking at this option, according to Alampay, who said deviating on a route that runs from Japan or Singapore to Australia to change a crew in Manila could add an extra three days and drive up costs by as much as $15,000 a day for a Supramax vessel.

Luis, a seafarer who asked only that he be identified by his first name, was supposed to disembark at Egypt's Suez port last month from a vessel he's been on for more than nine months. Travel restrictions in Egypt prevented him from leaving and management has told him all crew changes are suspended until mid-April, although that's subject to change.

"The risk of being too long on a ship is mental and physical stress," Luis said in a message. "I'm worried about my family, and when I can go home. I'm worried if I can go home safely. I'm really tired, but I have no choice."

In China, substitution of maritime crews is limited in some ports and forbidden in others, according to a list of restrictions from marine insurer The North of England Protecting & Indemnity Association Ltd. Abu Dhabi has prohibited crew changes for three months and Singapore disallowed crew changes for the time being, though it has recently allowed some exemptions.

The 80% of global trade transported by commercial shipping include food, energy and raw materials, as well as manufactured goods and components, according to UNCTAD.

Volumes at port operator International Container Terminal Services Inc., which has terminals in nearly 20 countries, likely fell 10% to 15% last month and are expected to decline further in April, Chairman Enrique Razon said Tuesday. Terminals in Latin America are the hardest-hit, while those in Australia and Africa are holding steady, he said.

"It's important to keep sea trade flowing," said Jim Aquines, 36, a chief engineer who was supposed to be deployed this month from the Philippines but remains at home. "Restrictions will cripple not only seafarers but countries who rely on overseas supplies."