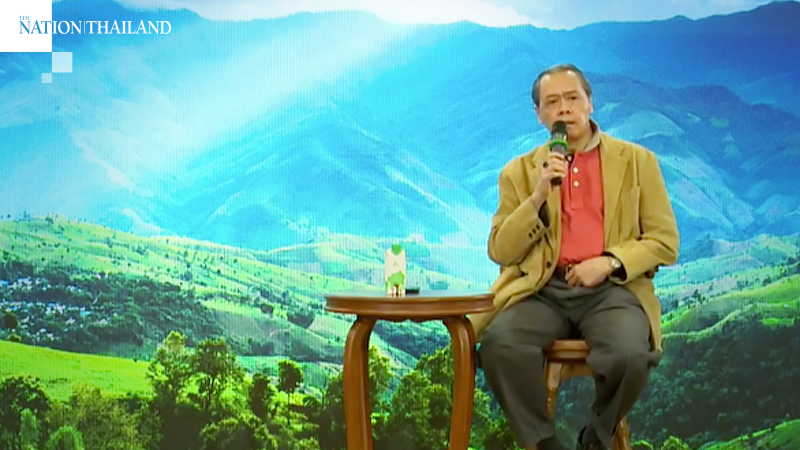 He believes his successors are very capable of running the bank his grandfather created in 1945.

Banthoon, 68, wrapped up his 40 years in the banking business with a farewell speech delivered via Facebook Live on Wednesday (April 8).

“I’m sure the new executives and the existing teams of Kasikornbank will successfully run the business,” he said, adding that he was not worried about stepping down from his post at the time of a global crisis

Banthoon gave up his chairmanship on April 3 and now holds the honourable post of chairman emeritus. He has been replaced by vice chairperson Kobkan Wattanavrangkul.

He said he has been planning his departure for a while, and has been preparing the new management team, including chief executive officer Kattiya Indaravijaya, for the future. He said if they can navigate this crisis, they can handle any other risks in the future.

“Risks are always with us … the Tom Yam Kung crisis in 1997 was caused by human greed, while the current one is being caused by a virus,” he noted.

This is the first time that Kasikornbank will be managed by somebody outside the Lamsam family. The bank was founded by Choti Lamsam at the end of World War II to help Thailand rebuild its economy.

As for the current crisis, Banthoon said both public and private sectors are better equipped to handle the challenge, though it also depends on how long the pandemic lasts.

He also cited the relative resilience of Thailand’s banking sector and the country’s low public debt, which leaves room for the government to borrow a bit more. The government plans to borrow Bt1 trillion to help cushion the Covid-19 fallout, while the Bank of Thailand pledges to mobilise Bt900 billion to help small- and medium-sized enterprises (SMEs) and bolster the corporate bond market.

However, he said, he does not know what the economy will look like after the crisis, because a large swathe of the labour force has returned home due to businesses shutting down. He also warned that Thailand will not be able to compete with other nations if it fails to build a new pool of knowledge required in the modern economy. He pointed out that the government does not allocate much funds for much needed research and development, though some large private firms may invest in R&D.

“At Kasikornbank, we use our IT knowledge and help clients by providing business solutions. We have also invested in developing new knowledge” he said.

As for new executives, his advice is: don’t screw up, don’t work without prior calculations, be vigilant and maintain good relations with colleagues.

When asked about his future plans, Banthoon said his newest challenge is to reforest land in Nan province – a project he has been working on for about five years now. He said the only way his conservation project can be successful is if he can boost public awareness in being respectful of nature.

The biggest challenge, he said, is helping locals earn a good living while at the same time ensuring that natural forests can be preserved. The government’s old scheme of providing guarantees for farming goods has failed, he pointed out.

Banthoon also insisted that despite his age, he is perfectly fit for the physical demands his conservation project will have.

“I had myself checked recently and all my organs are in good shape, except my mouth, which often gives me trouble,” he joked apparently referring to his previous comments about the vast political divide in the country.

As for entering the field of politics, Banthoon said there was no chance, adding that he will continue engaging with the government and the civil sector.