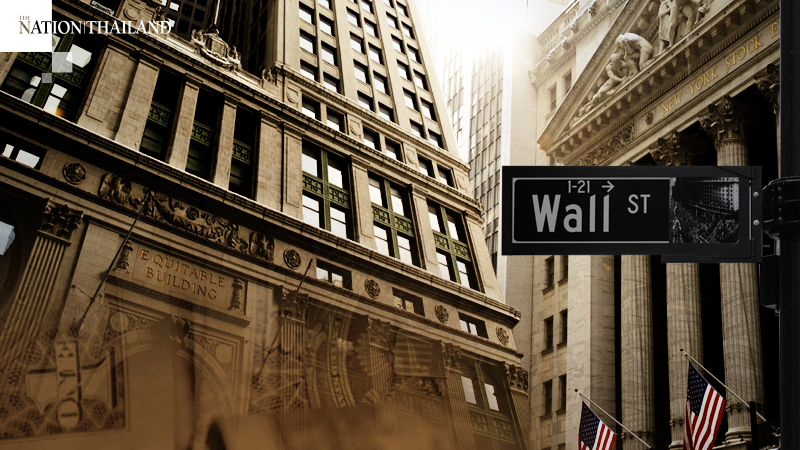 Investors received a reality check Wednesday on what happens when the world's biggest economy comes to a near stop. A series of wrenching numbers on retail sales, oil prices and bank profits knocked a stock rally off its tracks and hit the pause button on investor optimism.

The Dow Jones industrial average was in the red all day, shedding more than 700 points before cutting its losses to finish at 23,504. That was a 445-point drop, or nearly 1.9%. The Standard & Poor's 500 index closed down 2.2%, at 2,783. The Nasdaq composite slid 1.4%, to wind up at 8,393. All three indexes pared even steeper losses on news that Germany, Europe's biggest economy, was talking of easing its virus curbs and after New York Gov. Andrew Cuomo said his state had made advances on the virus testing front.

The sell-off followed a blistering report on March retail sales, which plunged 8.7% for their worst monthly decline ever. The results stand in stark contrast to February's revised 0.4% drop and blow past the 8% fall that analysts had projected from pandemic, which has gutted consumer spending, yanked millions out of the workforce and forced people to stay home.

Markets shuddered after the major banks reported steep declines in quarterly profits as they prepared for consumers to stop paying mortgages and businesses to default on loans. On Wednesday, Bank of America, Goldman Sachs and Citigroup all said Wednesday that first-quarter profits were down at least 40% compared with the same period last year. On Tuesday, JPMorgan Chase and Wells Fargo announced quarterly declines of 69% and 89%, respectively.

The banks, which rebounded from the 2008 financial crisis to record profits in recent years, say the dismal reports are largely driven by the billions they are setting aside to cover potential losses from the deepening coronavirus recession. Bank of America, the nation's second largest bank, reported a profit of $4 billion during the quarter compared with $7 billion during the same period last year. It is setting aside an additional $3.6 billion to cover loan losses.

"We have seen major disruption in the financial markets that affected every line of business as customers move to stay-at-home status through voluntary or involuntary measures," Bank of America's CEO, Brian Moynihan, said in a conference call with Wall Street analysts.

Chris Brightman, chief investment officer of Research Affiliates, an institutional investor with $125 billion under management, said the S&P 500 right now is near the same place it stood going into the fourth quarter of 2019, when the market staged a big rally.

"You might want to ask yourself if the earnings capacity and the fundamentals of the S&P look as good today as they did in September of 2019," Brightman said. "While we are now approaching the peak in daily deaths and new cases from the coronavirus, we haven't seen the peak from the economic fallout. The numbers we see today for the retail sales are for March, and the month of April will be far worse. As a result, expect market volatility to persist for quite some time."

U.S. crude prices fell to an 18-year-low Wednesday on a falloff in demand that has reduced oil prices more than 60% in 2020. West Texas Intermediate the U.S. benchmark, was trading just above $19 per barrel, a price so low that almost no oil producer, either nation or private company, can make a profit. Oil prices in the $60 to $80 per barrel price range are considered a sweet spot that allows producers to make money without consumers feeling gouged.

The cataclysmic drop across the board in fossil fuel usage as a result of the coronavirus shutdown is having a negative effect as it ripples through the oil, natural gas and pipeline industries. At least one oil producer has declared bankruptcy and many others are expected to follow if prices stay low much longer. The price drop is also cramping nations that rely on direct income from oil or national and local governments that earn revenue from gasoline taxes.

"There is just a harsh global economic reality that is resulting in an epic crash in demand of fuel of all types," said John Kilduff of Again Capital.

Bad news seemed to be everywhere Wednesday. The Federal Reserve reported that U.S. industrial production in March suffered its biggest decline since 1946. The central bank's "beige book," which reports anecdotes from economic and business leaders across the country, foresees more negative economic developments. The National Association of Home Builders reported a record drop in confidence in the housing industry.

The retail numbers were especially alarming, as consumers drive 70% of the U.S. economy.

"The stock market can discount the slowing of the spread of the coronavirus, but it can't ignore the sharpest one-month drop in retail sales on record," said Chris Rupkey, chief financial economist at MUFG Union Bank. "Retail sales say this is a depression, not a recession, and who knows when corporations will make money again?"

The Commerce Department data show sales at food and beverage stores were up 28% compared with March 2019 as consumers stocked up on eggs, toilet paper and disinfectants at the urging of public health officials.

But those dynamics don't capture the full picture of just how abruptly spending has faltered. Sales at clothing stores fell by 50.7% compared with last year. Car sales dropped off between February and March and could decline even more by April. On Wednesday, Best Buy said it would furlough 51,000 store employees in the United States, or about 40% of its total workforce.

The repercussions from the coronavirus outbreak have been swift and stinging. More than 17 million Americans have filed for unemployment benefits. The federal government has responded with trillions of dollars in emergency relief to households, small businesses and entire industries. About 80 million people will receive stimulus checks by Wednesday. But even that boost is unlikely to save a retail sector in free fall.

The industry was struggling well before the pandemic took hold. More than 60,000 stores have closed in recent weeks, according to Coresight Research, and retailers have canceled millions of dollars' worth of orders. By the start of April, nearly 1 million retail workers were furloughed as giants including Macy's, Gap, Kohl's, L Brands and J.C. Penney sent most of their employees home without pay.

For comparison, at the peak of the Great Recession, retailers eliminated 2.6 million jobs.