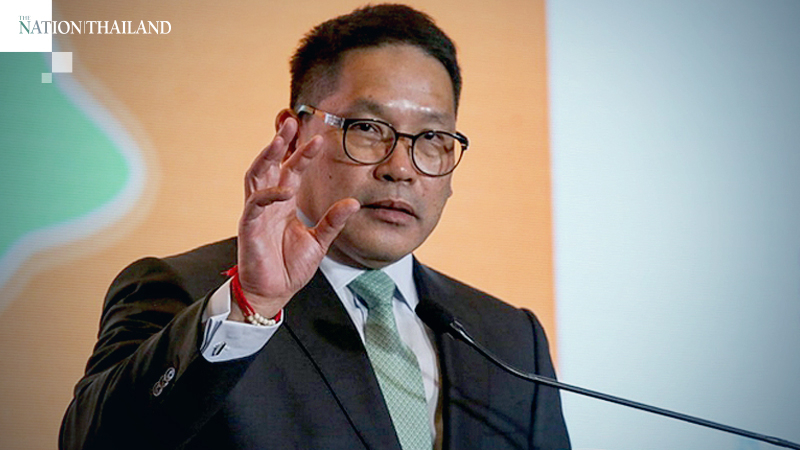 In a move to tackle the economic fallout of the Covid-19 outbreak, the government’s Monetary and Fiscal Committee has come up with a plan to maintain public debt to gross domestic product (GDP) ratio, boost the budget ceiling and adjust debt settlements.

Finance Minister Uttama Savanayana said after a meeting with the committee on Thursday (April 16) that in a move to ensure the country is financially strong to handle the crisis, the public debt to GDP ratio has to be maintained at 60 per cent, despite the issuing of a Royal Decree authorising the Finance Ministry to get a Bt1 trillion credit limit.

The credit limit, which has not yet been implemented, will allow the evaluation of figures periodically once the amount has been borrowed.

“Loans will be gradually implemented by the Public Debt Management Office. These loans will be taken from financial institutions both within and outside the country. They can also be raised from the sale of bonds to the public,” Uttama added.

1. The ratio of the central budget to the annual budget should be adjusted from 3.5 per cent to 7.5 per cent for the fiscal year of 2020-2021 in line with the 2020 Budget Expenses Act, which is currently being prepared. Under this, funds from different ministries will be transferred to boost the central budget by Bt80 billion to Bt100 billion. With this transfer, the central budget will be increased by approximately 6.7 per cent.

2. The portion for the repayment of loans, originally set at 2.5 per cent of the total budget, should be adjusted to 1.5 per cent. It is expected that this reduction will boost the 2020 budget by another Bt30 billion.

“The prime minister has signed a draft notification for the State Finance and Finance Policy Committee to adjust the budget allocations and is waiting for it to be announced in the Royal Gazette before enforcement,” Dechapiwat said.

The budget transfer act will be considered at the Cabinet meeting on April 21 and should be signed by May 31. As for budget adjustments for the 2021 fiscal year, the Budget Bureau is scheduled to deliver details of changes by April 22. Under this budget, funds for seminars and overseas visits will be cut by 25 per cent on the assumption that the Covid-19 outbreak will continue until the end of this year.

“According to the draft on fiscal 2021, Bt350 billion will be allocated to the Public Health Ministry. If there is a chance of reallocating Bt31 billion from the central budget, then an additional Bt10 billion will be given to the Public Health Ministry to spend on boosting the morale of doctors as well as procuring additional equipment,” Dechapiwat said.