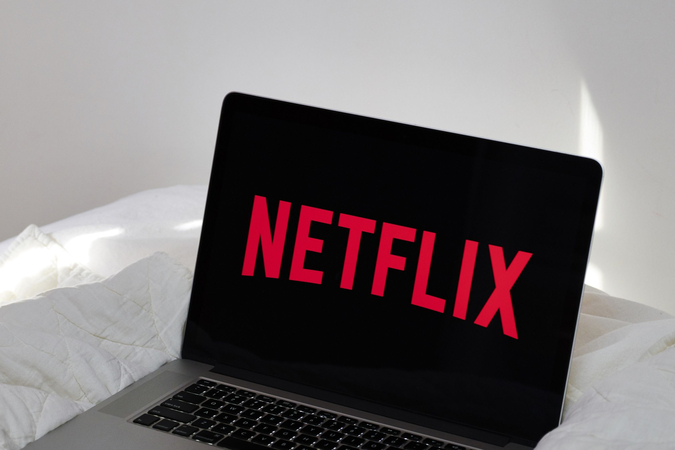 As the coronavirus pandemic and social distancing hit the world the past few months, Netflix saw a record 15.8 million accounts added between January and March.

The number, which Netflix provided in its quarterly earnings report Tuesday, is double what most Wall Street analysts had expected for the period and is by far the biggest quarterly add since Netflix became a mature business several years ago. It suggests that people stuck at home around the world due to coronavirus fears are signing up for the service at a record pace.

In January, before the virus had spread worldwide, Netflix had predicted the addition of about 7 million new global subscribers for the three-month period.

"We're acutely aware that we are fortunate to have a service that is even more meaningful to people confined at home, and which we can operate remotely with minimal disruption in the short to medium term. Like other home entertainment services, we're seeing temporarily higher viewing and increased membership growth," the company said in an investor letter.

The previous high for global additions was 9.6 million, which it reached in the comparable quarter a year ago.

The numbers validate Netflix's investor optimism. When the coronavirus pandemic began to spread in mid-March, Netflix's stock price sat at $299, its lowest number since December. In the month since, the share price has risen 46%, hitting an all-time high last week of $438.

About 2.3 million of its quarterly additions were in the U.S. and Canada. That number is more than double what the trend has been in recent quarters, when the countries often tallied net additions of 1 million. Netflix has 183 million subscribers worldwide, with more than 60 million of them in the U.S.

The Arlington, Virginia-based trade group the Consumer Technology Association, which has found in an ongoing study that at least two-thirds of people are using streaming services during the pandemic, with the number jumping to 70% in early April.

"These numbers show, and benefit from, how much our lifestyles have changed," Lesley Rohrbaugh, the groups' director of research, said.

But the Netflix news wasn't all bright. Earnings per share came in at $1.57, lower than Wall Street expectations of $1.65; the company explained the hit as partly due to the strong dollar, hurting overseas totals. (Revenue was consistent with expectations at $5.77 billion.)

The results also only reflect numbers through March, before the deepest economic impact of the virus, especially in the U.S., had really begun to unfold, as many experts believe it will continue to do. Though many Americans are stuck at home seeking diversions, they are also feeling an economic pinch, which could lead to a wave of canceled subscriptions.

"I think what you'll have in the coming months is an interesting question. Yes, people at home might be subscribing to Netflix to entertain themselves or their kids," Jim Nail, an industry analyst at Forrester, said. "But as this drags on and there are jobs and paychecks lost I think people will sit down and make tough decisions about where to cut, and one of them might be to cancel streaming services."

That effect could be magnified by the pandemic's impact in Europe and Asia, which have been key regions for Netflix. The company's subscriber growth has been fueled largely internationally; in the previous quarter it added 8.8 million total subscribers, but more than 8 million came from countries outside the United States.

Perhaps for those reasons, investors did not rush to buy Netflix stock after the news: The share price was roughly flat at $433 in after-hours trading.

Viewership was strong in the quarter, executives said. The company was boosted by phenomena such as "Tiger King," the crime docuseries set in the outrageous world of big-cat conservationism, which it said 65 million households "enjoyed" - a figure in the past it said measured at least two minutes of viewing. The docuseries "Love is Blind" and the Mark Wahlberg action movie "Spenser Confidential" drew 30 million and 85 million accounts, respectively, the company said.

Some analysts have noted that Netflix could be in a better position fiscally under the virus because it won't spend as much money on production during the shutdown. Rob Sanderson of Loop Capital wrote in a recent note that he thought the company would spend $2.5 billion less this year than the estimated $17 billion that had been projected.

Still, the lack of production could pose challenges. Netflix relies heavily on original programming to attract and retain customers, especially as many of its library shows are taken back by rival services.

The company struck a measured tone in describing its apparent coronavirus bump.

"Like other home entertainment services, we're seeing temporarily higher viewing and increased membership growth. We expect viewing to decline and membership growth to decelerate as home confinement ends, which we hope is soon," the letter said. It also acknowledged that it could suffer if production delays dragged on but said it was better positioned than competitors because of its still-deep library.

Competitors will look to take a bite out of Netflix's subscription base as they launch in the months ahead. WarnerMedia's HBO Max is set to debut May 27, and Comcast's Peacock comes the following month.

Netflix predicted an addition of 7.5 million subscribers for the next quarter, which historically has been a thin one for new subscribers. But it also noted factors that could put it "well below or well above that" such as "when people can go back to their social lives in various countries, and how much people take a break from television after the lockdown."