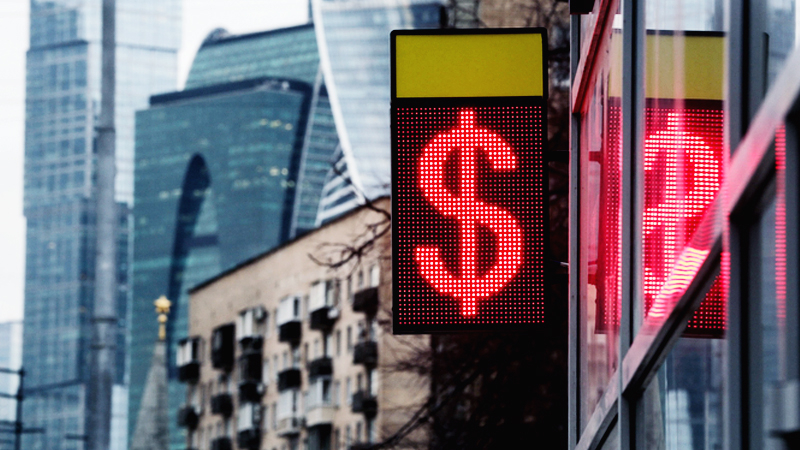 There are growing concerns that any economic recovery later this year could prove short-lived because of a possible deadly resurgence of the coronavirus and a late spike in bankruptcies and defaults, a wicked combination that could cause households and businesses that barely survived the spring lockdown to go under later in the year.

White House officials have touted the possibility of a V-shaped recovery as soon as this summer, pining for a swift rebound once businesses reopen on a staggered basis. But some economists believe a W-shaped recovery is increasingly likely, in part because efforts to find a vaccine are likely to take at least a year and millions of Americans and businesses are piling up debt without an easy ability to repay.

"Pretending the world will return to normal in three months or six months is just wrong," said Diane Swonk, chief economist at Grant Thornton. "The economy went into an ice age overnight. We're in a deep freeze. As the economy thaws, we'll see the damage done as well. Flooding will occur."

Anthony Fauci, director of the National Institute of Allergy and Infectious Diseases, put it this way when asked about when baseball stadiums will be filled again: "I cannot see a return this year to what we consider normal."

A W-shaped recovery could occur ifthe economy starts looking better and then there's a second downturn later this year or next. The "W" could be triggered by reopening the economy too quickly and seeing a second spike in deaths from covid-19, the disease caused by the coronavirus. Centers for Disease Control and Prevention Director Robert Redfield told The Washington Post this week that "there's a possibility that the assault of the virus on our nation next winter will actually be even more difficult than the one we just went through."

This could cause many businesses, which were barely hanging on, to shutter again. Many Americans could become even more afraid to venture out until a vaccine is found.

Something else could also cause a "W" pattern: A wave of bankruptcies and defaults later this year. As companies go belly up, a domino effect ensues: Workers aren't rehired, suppliers aren't paid, and fear rises about who will be next to fall.

"I really worry a lot about a W-shaped recovery," said Ernie Tedeschi, a former Treasury Department economist. "People who do have jobs are going to save more than normal. That's perfectly rational, but it delays the recovery."

Early warning signs are here. Major retailers like Macy's, Neiman Marcus and Lord & Taylor face significant financial duress, and analysts anticipate bankruptcies ahead in the retail sector. Oil prices plunging below $20 a barrel is another blow to America's fragile energy sector that will reverberate for months. Rystad Energy predicts more than 500 U.S. companies will go bankrupt by the end of 2021.

Congress and the White House have already committed nearly $3 trillion to arresting the economic fallout from the coronavirus, and the Federal Reserve has also stepped in with its own emergency measures. But many of those programs are designed to be short-lived and will not offer much relief later this year. The House of Representatives is expected to vote on a $484 billion bill that would help small businesses and hospitals on Thursday, but policymakers appear split on what to do next, with some Republicans starting to say they should slow down before extending more money.

Meanwhile, state and city leaders have urged the White House and Congress to provide hundreds of billions of dollars to help them avoid drastic reductions in services and programs - and mass layoffs.

Big law firms like Hogan Lovells are urging their lawyers to brush up on bankruptcy and restructuring law "in anticipation of a wave of bankruptcy filings in the coming months," and the major banks spent a lot of time on their earnings calls last week predicting a surge in credit card, auto loan and business loan defaults. Both firms and consumers are teetering on the financial edge.

Many banks and mortgage companies have offered to give many Americans more time to pay their bills, but it's unclear what will happen once this grace period ends.

"There's a difference between a grace period and outright abatement," said Winnette Ambrose, owner of Souk Bakery and The Sweet Lobby in the District of Columbia. "It's not like we will all make double when we go back out."

Constance Hunter, chief economist at KPMG, expects job losses of "at least 25 million" this spring, a sky-high level not seen since the Depression era. The equally frightening number that's received too little attention is that the median forecast for the unemployment rate by the end of the year is 10 percent - meaning more than 15 million Americans would still be out of work in December.

As people lose jobs, they stop paying their rent or mortgage, which can lead to eviction and a bad credit rating that drags them down for years. They lose health insurance and possibly their car. Often, they lose hope. This is the scenario the nation needs to avoid, and policymakers could be doing a much better job trying to prevent this, economists say.

The nation already is experiencing modern-day bread lines as Americans flock to food banks after just a few weeks of the massive unemployment spike. On Friday, Dustin Sider, pastor of Fairland Church in the small town of Cleona, Pennsylvania, posted a message on Facebook offering 2,700 eggs free to anyone who needed them. A farmer had donated the eggs to the church. Sider figured it would take a few days to get rid of them. Instead, they were gone in 28 minutes.

"I pretty much stood in the parking lot until 5 p.m. and kept telling people, 'Sorry, we're all out.' The cars just kept on coming," said Sider. "Many said they were laid off."

Even among people who still have jobs, 25 percent are fearful they will be laid off or furloughed in the coming year, according to a Gallup poll released Wednesday. Pay cuts also are becoming common, with over 14 percent of people still employed getting lower pay or fewer hours in March, according to Gusto, a payroll processing company. All of this puts consumers on edge, making them hesitant to spend - even beyond fears about the coronavirus.

"The full restoration of consumer confidence will be more difficult and will take longer to complete than following any other recession since the Great Depression," wrote Richard Curtin, head of the University of Michigan Survey of Consumers.

The $1,200 relief payments from the U.S. Treasury will help, but that money is likely to go to rent, food and medicine. The generous unemployment benefits Congress approved will run out at the end of July - right about when many landlords expect people to pay full rent again plus any rent they missed this spring.

The White House has heavily touted the Paycheck Protection Program, which gives businesses loans that turn into grants if the bulk of the money is used to pay employees. Companies have to rehire people by June 30, a date when a lot of employees could return to work, but businesses like restaurants won't be able to pay their full staff if they can fill only half their tables. It's not hard to foresee a scenario where some businesses have to lay people off again in September as Paycheck Protection Program loans dry up and customers are not back in full force.

Early evidence from China shows how cautious consumers there have become.

"The SARS epidemic in 2003 and the Spanish flu in 1918 had three peaks before subsiding. Relapses are not uncommon," said Sung Won Sohn of SS Economics. "China claims that production is approaching about 80 percent of the capacity, but subways are less than half full. In Macao, the casinos have reopened, but the business is still down 80 percent from the previous high."

All of this points to 2020 as the year of heavily curtailed spending as consumers are out of work or fearful of losing a job and businesses take extreme caution. Goldman Sachs expected business investment to decline by 27 percent.