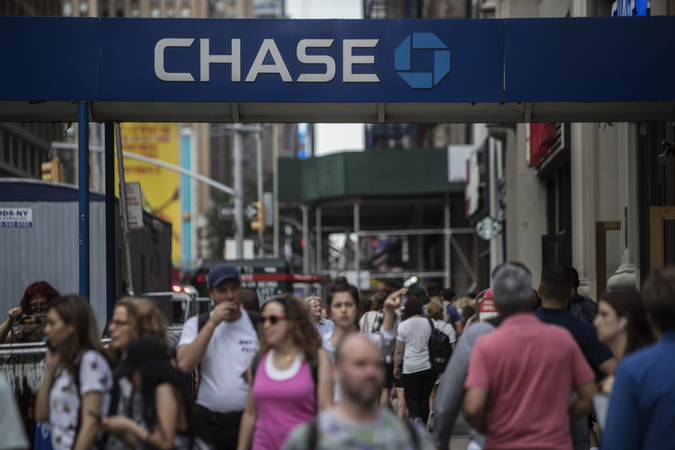 The bank is working with Taulia, a platform that provides working capital solutions, to redistribute liquidity to smaller suppliers of large, investment-grade companies. The multinational firms will have the option to pay suppliers earlier with their own cash, or lean on JPMorgan's balance sheet to keep money flowing through the network of providers.

While the partnership has been in the works since last fall, it comes at a compelling time now as global supply chains have been upended by the coronavirus pandemic, forcing governments to take unprecedented actions to prop up large and small businesses alike. Through Taulia's network, JPMorgan will be able to help smaller firms access capital at a cheaper rate and in less time than otherwise possible, said Stuart Roberts, the bank's global head of trade.

"We're taking a relatively short-term risk on larger companies," Roberts said. "I couldn't think of a safer way to inject liquidity into a credit-stressed small- or medium-sized business right now."

Businesses complete more than $120 trillion worth of transactions a year, but at any point, $20 trillion of that total is waiting in the supply chain to be paid, said Taulia Chief Executive Officer Cedric Bru. Clients can get on-boarded within 90 seconds, compared to the days or even weeks it takes small businesses to access credit from local banks at expensive interest rates, Bru said.

Over the past two months, investment-grade companies globally have accessed hundreds of billions of dollars through bond markets and credit lines at a relatively low cost, but smaller firms have fewer - and more expensive - options. While the U.S. high-yield bond market has opened up, it's still quiet in Europe. In leveraged loans, the few that have come are marketing, and often pricing at double-digit interest rates. Private credit markets have been dormant.

U.S. junk bond spreads have compressed to 775 basis points from a peak of 1,100 basis points in March, but current levels are still more than double what they were in February. The widening gap caused many companies to lose access to capital, said James Fraser, JPMorgan's global head of structured solutions within global trade.

"Being able to leverage the strength of a large, investment-grade buyer for a small supplier went from an attractive financing option to a lifeline," he said.

JPMorgan had a legacy tech platform that was due for an upgrade. The bank looked at various other partners, and also considered building its own. It opted for San Francisco-based Taulia instead, given its AI capabilities, Roberts said.

The partnership, expected to be announced formally this week, will help JPMorgan become the biggest global supply chain finance bank, he said.