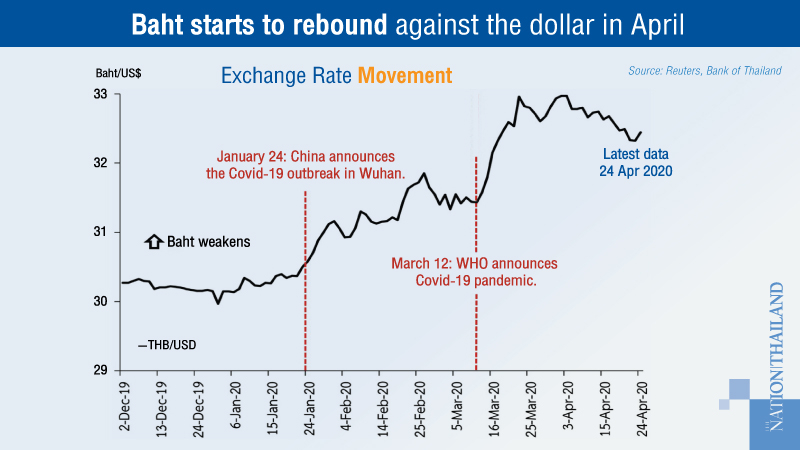 The recent strengthening of the baht against the dollar may not be sustainable, the central bank warned, though an analyst said he is cautious about the prospects of a weaker baht for the year and that it may actually be relatively strong towards the end of the year.

The baht, along with other regional currencies, has risen against the greenback now that there are signs of the novel coronavirus being contained, said Don Nakornthab, senior director at the Bank of Thailand.

The baht and other regional currencies were hit hard in March due to a fast-rising number of confirmed Covid-19 cases. The Thai currency weakened to about Bt33 against the dollar in March, but moved into the Bt32 range in recent weeks.

However, Don said the baht is still under pressure due to a sharp drop in the current account surplus resulting from a contraction in exports and a dwindling number of foreign arrivals.

The current account surplus in March dropped sharply to $700 million compared to surplus of $5.4 billion in February, he said, adding that the surplus may fall to zero if the pandemic lingers. He also pointed out that capital has been flowing out of Thailand in March largely due to foreign investors continuing to sell both equities and Thai government bonds, resulting in a capital and financial account deficit of $3.1 billion compared to a deficit of $4.4 billion a month earlier.

Tourism is usually the largest source of current account surplus, which was worth $37.9 billion last year with 39.7 million arrivals generating hard currency income for Thailand.

However, the number of tourists dropped 76.4 percent in March and is expected to drop down to 99 percent in April, Don added. Though governments across the world have started easing some lockdown measures, passenger transport is still limited, while Thailand has also extended the ban on incoming flights until the end of May.

The baht has also been less volatile in recent days as investors have seen indications that Thailand may have been successful in combating the outbreak, he said, citing the fact that new confirmed cases have been down to a single digit for four days in a row.

However, Kobsidthi Silpachai, chief of Kasikornbank’s capital markets research, said he was cautious about the prospect of a weakening baht. While the country’s current account has reduced, it is still in surplus territory, which means the demand for the currency is still greater than its supply, he said. There is also possibility that people are converting their US dollar accounts to baht as working capital becomes harder to come by because of Covid-19, Kobsidthi said. 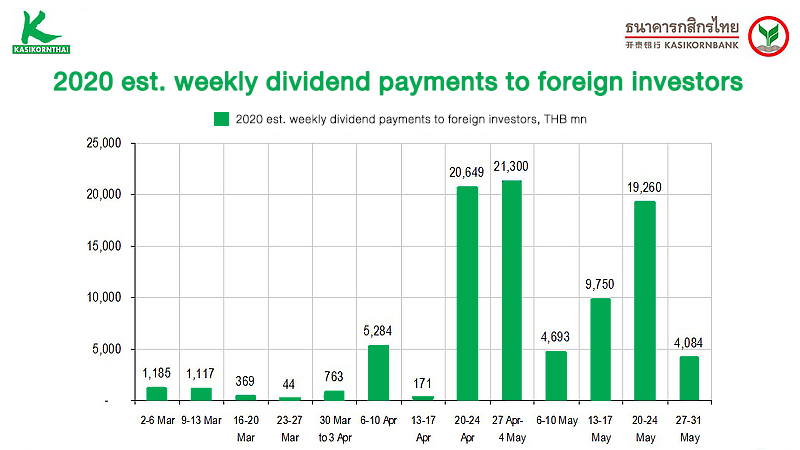 Though there are still dividends to be paid to foreign investors in May, which could weaken the baht in the first half of this year, he conceded, adding: “But we see the baht going back to around Bt31.5 to Bt32 against the US dollar by the end of the year.” 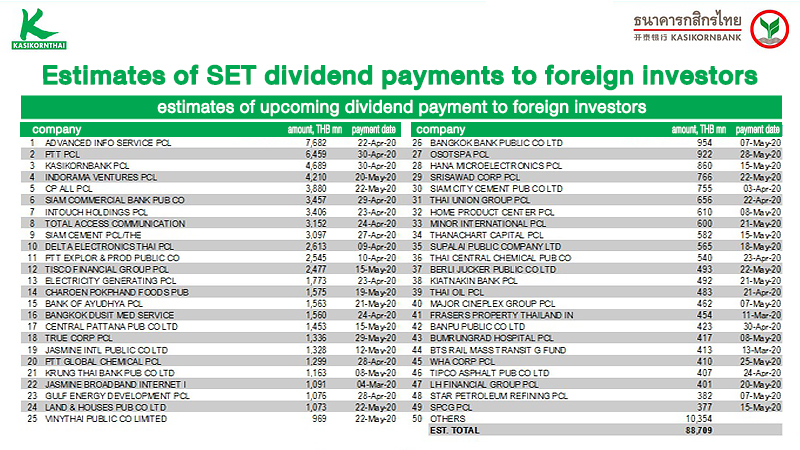