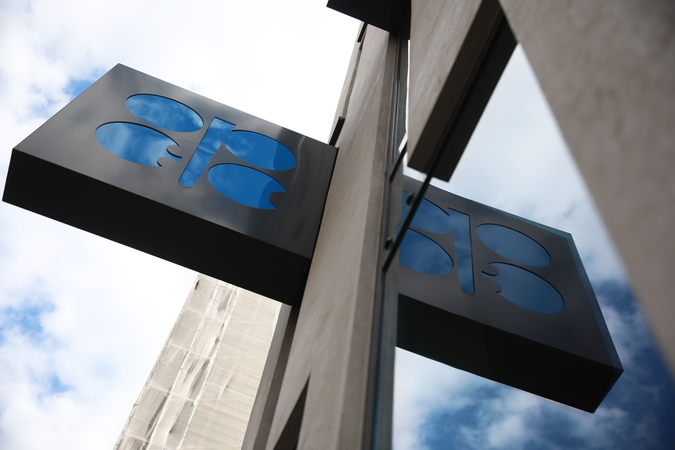 An OPEC sign hangs outside the OPEC Secretariat in Vienna. MUST CREDIT: Bloomberg photo by Akos Stiller.

Some oil fields are set to suffer chaotic stoppages despite efforts by OPEC to mitigate the impact of coronavirus on global markets, the International Energy Agency warned.

"Lockdown measures have caused unprecedented demand declines, whose speed and magnitude greatly exceed the normal market flexibility of supply," the Paris-based IEA said in a report on Thursday. "Even with attempts at coordinated management, a disorderly production shutdown is likely in some places."

Oil prices are experiencing a historic slump. The international benchmark Brent crude remains near the lowest since 2002, trading just above $20 a barrel in London, while U.S. futures fell briefly below zero last week. Even though OPEC and its partners have announced massive output cuts to offset the losses in demand, producers around the world are still under great stress.

Global oil demand is poised to slump by 9 million barrels a day, or about 9%, this year to the lowest level since 2012. Lockdowns implemented to slow the spread of the virus have triggered an unprecedented decline in transportation, the IEA said in its Global Energy Review.

The estimates are in line with those published by the agency in its latest monthly market report in mid-April. The IEA advises major economies on energy policy.

April experienced the hardest hit, with fuel consumption slumping almost a third to the lowest since 1995. By the end of March, road transport activity was down about 50% around the world, while air travel in some European countries had plunged more than 90%.

The report didn't elaborate on where oil output will be abruptly halted, though in recent research the IEA has highlighted several vulnerable regions. The U.S., Brazil and Canada accounted for most of a 2.2 million barrel-a-day decline in supply over the past month, IEA Executive Director Fatih Birol said in a Bloomberg television interview on April 22.