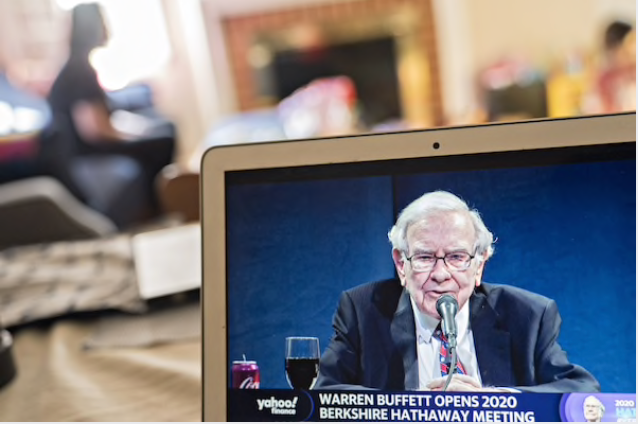 Berkshire still owns all of Precision Castparts Corp., a supplier of aerospace parts that's bracing for lean times as Boeing and Airbus cut jetliner production. Berkshire bought Precision Castparts in 2016 in a transaction valued at $37.2 billion, making it one of Buffett's biggest deals.

Now the maker of jet-engine blades and aircraft structural components is facing a double whammy as the coronavirus pandemic all but erases demand for flights, prompting airlines to park jets and slash schedules. That means less need for replacement parts and a big drop in aircraft purchasing. With carriers predicting that flying won't return to 2019 levels for as long as three years, aerospace suppliers are hunkering down for a protracted slump.

"The current downturn is quite different from regular economic cycles," said Nick Cunningham, an analyst at Agency Partners in London. "Normally, there's an exaggerated short-term impact with a fairly quick return. This time around, the impact seems to be significant as you're looking at a collapse in air travel around the world."

In the U.S. alone, passenger totals are down about 95% from a year ago. An index of major U.S. carriers has lost more than half its value this year, paced by a 70% drop for United Airlines. Buffett said he lost money on his investments in the industry, which also included stakes in American Airlines, Delta Air Lines and Southwest Airlines.

"The airline business -- and I may be wrong and I hope I'm wrong -- but I think it's changed in a very major way," Buffett said. "The future is much less clear to me."

Greg Abel, Berkshire's vice chairman for non-insurance operations, acknowledged at Berkshire's annual meeting Saturday that Precision Castparts was getting hit, although its defense business remained strong. The parts maker is working to adjust the business to meet current demand, he said, and Buffett pointed out that the pain is rippling throughout the supply chain.

"We're going to have aircraft in this country, we're going to be flying. But the real question is whether you need a lot of new planes or not and when you're likely to need them and it affects a lot of people," Buffett said. "And it certainly affects Precision Castparts, it affects General Electric. It obviously affects Boeing."

Boeing and Airbus have also tumbled by more than half, with steeper declines at suppliers such as Spirit AeroSystems Holdings and Triumph Group."It's good for Precision Castparts that they're not a standalone public company right now, because if they were, they'd certainly have a very low stock price," said James Armstrong, who oversees investments including Berkshire shares as president of Henry H. Armstrong Associates. "It's not great news for them, but I don't think that business goes away. I think it slows down."

Precision Castparts has been hit by two massive and unpredictable blows that weren't in any way its fault.

Even before the covid-19 outbreak pushed airlines into the worst crisis in industry history, Boeing's 737 Max was grounded in March 2019 after two deadly crashes. The Chicago-based planemaker halted production of the Max, its best-selling jet, earlier this year as the flying ban dragged on.

The fortunes of Precision Castparts are largely tied to those of Boeing, said Scott Hamilton, a consultant at Leeham Co. who publishes a popular aviation news website. As goes the aerospace giant, so goes its suppliers, he said."Nobody could have foreseen the airline industry collapse in which 95% of the traffic evaporated virtually overnight," Hamilton said. "Nobody could foresee the grounding of the Max lasting what may be 18 months. And just as Precision is tied to Boeing, Boeing is tied to the airlines."

Precision Castparts watched its sales slip in the first quarter across all of its major markets, Berkshire said Saturday in its earnings report. That was partly due to the effects of Boeing's Max problems as well as reduced shipments to customers hurt by the pandemic. That contributed to a 7.3% decline in pretax earnings in the period.

The parts maker ended up temporarily halting work at a plant in Portland, Oregon, and later said it would "significantly" cut its workforce, according to a report in The Oregonian. Berkshire said that the business faced higher production costs because of "manufacturing inefficiencies primarily attributable to Covid-19."

Boeing also briefly paused production of multiple aircraft programs. The company has said it will reduce employment by 10%, or about 16,000 jobs, and lower production of jetliners including the 787 Dreamliner.

Precision Castparts, with its advanced technologies for casting and forging metals, will remain a key cog in the aerospace supply chain. In addition to the robust defense business in aircraft parts, the company serves customers in the power and energy industries.But with commercial air travel facing a long and uncertain recovery, Buffett's bet on Precision Castparts will remain a drag on Berkshire for the foreseeable future."That's a big-time dud," said Bill Smead, chief investment officer of Smead Capital Management, which owns Berkshire shares. "He obviously in retrospect made a real bad whole-company purchase."