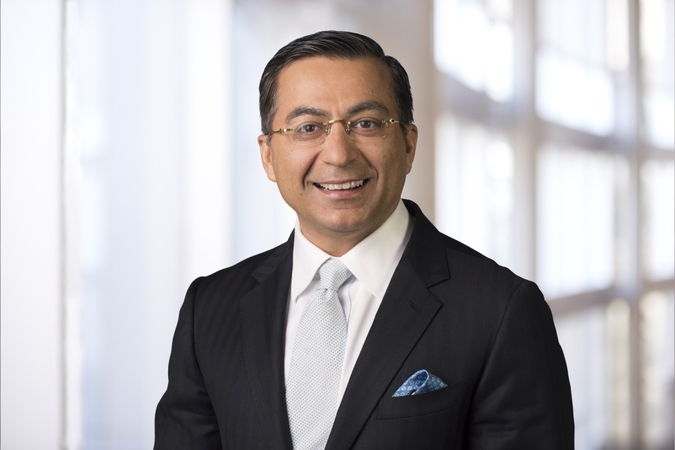 By Amit Midha
Special to The Nation

Business has always been about new possibilities, whether seizing and creating opportunities, forging new paths, or finding fresh opportunity on well-trodden paths.

What is different about the possibilities ahead of us in Asia Pacific and Japan (APJ) is that they are to be found in a context of new horizons and a new context. Industries and sectors are being created, redefined, or destroyed faster than ever. The criteria for what make a successful business are being redefined. As a result, the opportunities businesses are seeking now are unrecognisable from those they sought a decade ago.

Technology is a driving force behind this change. I have long believed that technology has incredible power for good. This last decade has already delivered tangible examples – whether medical technology, advancing genome research, farming and agriculture, rethinking how entire populations will source food in the future, or in the transformation of how and why we work, creating a new understanding of what it means to work or be employed. The power of technology will see these new horizons and drivers spawn new possibilities that will transform three key areas of business for the region.

APJ has long been a source of innovation in its ability to foster new business models and embrace technologies. Home to more than 60 percent of the global population and predicted to grow to 5.3 billion in 2055, APJ’s power to effect change and emerge as a leader in new technologies is immense. The internet economies in Malaysia, Thailand, Singapore and the Philippines are growing by 20 to 30 percent annually, and 40 percent in Indonesia and Vietnam.

There are specific technologies where the region is already leading. Fifth-generation technology will be a game-changer, with South Korea the first country to launch 5G commercially and Singapore set to follow in its footsteps later this year. In Singapore, Dell Technologies is working with AI Singapore to fund and advance research into applications of artificial intelligence. This research is demonstrating new practical uses of AI, which is advancing deployment of AI on the global stage. Indeed, Singapore and Sydney were recently cited among the top 10 cities best-prepared for AI disruption.

Innovation in emerging technologies is not new for the region. In 2016, REKA, a Malaysian R&D company, was already making strides with autonomous driving. With two passengers in the back seats and no driver, the autonomous car completed a ride from Kuala Lumpur to Malacca. Most recently, Singapore announced its first successful package delivery by drone as part of the country’s push to adopt smart technologies.

Deployments of technology are also advancing fast. The launch of the Asean Smart Cities Network, a collaborative platform where cities from the 10 Asean member states work towards a common goal of smart and sustainable urban development, attests to an openness and acceptance of technology to enable positive change. APJ cities rank highest in global smart or digital city assessments. Globally, cities are looking to learn from the examples and experiences we see in APJ.

Organisations are also taking this approach towards innovation to heart: a recent study found that eight in 10 leaders in APJ believe emerging technologies need to be at the core of their organisation’s transformation. This breeding ground for innovation is also witnessed in the rapid emergence and growth of start-ups – including those on the unicorn and decacorn scale. High-growth technology start-ups from Indonesia alone include e-commerce firm Zilingo and ride-hailing firm Gojek.

Innovation, plus the power of the ecosystem that enables innovation, in APJ will be a global driving force for the next decade and further redefine the boundaries of business.

Many parts of our region are still constrained by environmental degradation and poverty. But many are in a position to drive positive change.

Governments, corporations and citizens across APJ are focusing more and more on sustainable innovation. Governments in APJ, including Thailand and Indonesia, have made advances such as bans on single-use plastics. Governments have an important role to play in bridging the conversations and creating better understanding among their citizens. People expect the same level of commitment from organisations too. Corporates such as Dell Technologies are setting ambitious goals on recycling and the circular economy.

Corporate social responsibility today is a business imperative and an expectation of organisations’ customers and partners. Doing good is as important as doing well. As this intensifies, with organisations being held more accountable and consumer and business awareness increasing, we will see more organisations in APJ incorporate this mindset into every aspect of their business.

I believe this region has a powerful opportunity to use its advantage to contribute to this positive momentum. Its scale and use of technology and innovation sets it apart in terms of finding opportunities to reach new goals and define new horizons.

Tying together much of this change is the next generation that is set to enter the workforce and increase in importance as a spending power. In my work and personal life, I am always curious to learn more about Generation Z, their approach to work and life and the impact they will have on the future of the region, innovation and business. As our future leaders, they will shape our future organisations and society.

We already know some clear facts about this generation. Firstly, they want to work for organisations that are socially or environmentally responsible. Secondly, they want to use technology to do work that can help others or the environment – more so in APJ than anywhere across the world. Businesses and governments need to be cognisant of the fresh demands these citizens will bring, as well as the expectations of organisations that they work for. This decade will see Gen Z wield their power and drive this ethos of working to help others.

These forces combined – the power and ability of the APJ region, its existing credentials in leading innovation, the need for driving change in sustainability, and anticipating the effect of Gen Z as they enter the workforce – will help to define a decade of new horizons. Those horizons may not be in view today, but using the tools at hand to reposition and adapt will enable organisations to seek the new possibilities the future presents.