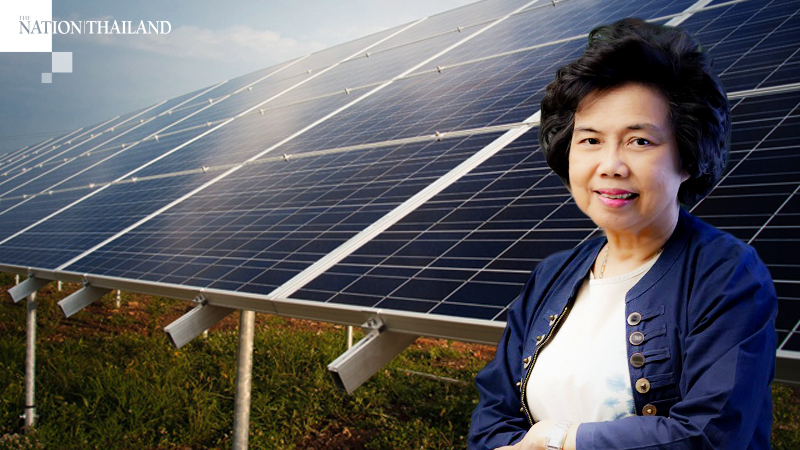 The first quarter has been profitable for solar-farm operator SPCG, which made a net profit of Bt837.8 million, up 7 percent year-on-year, thanks to a rise in the sale of power generated from its 36 solar farms and the sale of solar roofs by its subsidiary Solar Power Roof (SPR).

The company’s revenue for the quarter was Bt1.454 billion, up 8 percent year-on-year.

“SPCG has signed a memorandum of understanding on the development of solar roofs with Mitsubishi UFG Lease & Finance, PEA Encom International and Kyocera Corporation to boost the efficiency of factories in Thailand,” she said.

“Since factories use a lot of electricity, installing a solar roof will help them save costs as well as cut on the emission of carbon dioxide, which is a major cause of global warming.”

She added that SPCG was also cooperating with Kyocera Corporation, Kyudenko Corporation, Tokyo Century Corporation, Furukawa Electric and Tsuboi Corporation to develop the Ukujima Mega Solar Project, a solar farm that has a production capacity of 480 megawatts. The farm is located on Ukujima Island in Japan’s Nagasaki prefecture.

“SPCG has invested Bt2.7 billion, or 17.92 percent of the capital for the plant, which should be up and running by 2023,” she said. “The company made the first payment of Bt424 million on March 26, and will make a second payment of Bt574 million within this month.”

She added that at the annual general meeting of shareholders on May 11, SPCG had decided to offer Bt10 billion worth of corporate bonds to raise funds for further expansion.