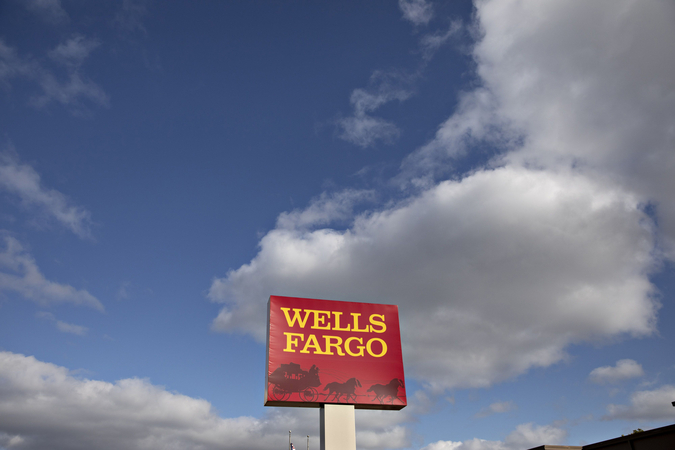 Wei Bertram takes care of stressed-out traders from firms such as hedge fund Bridgewater Associates at her tea, acupuncture and massage business in Westport, Connecticut. When the coronavirus struck, it was the financial industry that let her down.

After struggling for weeks to get a federal rescue loan through JPMorgan Chase, she landed one through electronic-payments firm Square. Vying for JPMorgan's attention alongside bigger companies "felt like I was on a surfboard next to the Titanic," she said. She has kept her business going by offering classes on Zoom and curbside delivery of tea and essential oils.

As millions of entrepreneurs adapt to survive the coronavirus pandemic, many are ending their relationships with major banks that can't keep pace with more nimble upstarts. In the chaotic opening weeks of the Small Business Administration's Paycheck Protection Program, giants such as Wells Fargo and Bank of America lagged behind in handling applications, leaving desperate applicants to explore alternate sources of financial help. Some found it.

In interviews, business owners across the U.S. who got federal lifelines said they were surprised to learn at least a few technology firms offered faster paths to loans than the banks that already knew them. Some stumbled onto more unusual channels. Many did it while simultaneously reinventing how they conduct business under government lockdowns meant to slow the virus's spread.

The experiences may have a lasting impact on the reputations of big banks, even as they now pull ahead in arranging loans during the second round of the federal program.

Cindie Feldman, owner of 29 Cooks Catering & Culinary Center in Emmaus, Pennsylvania, said she wasn't able to get a PPP loan fast enough through Santander Bank, where she's been a client for over 20 years. She was among entrepreneurs who arranged U.S. funding through PayPal Holdings, which she'd used in the past for very small business loans. She has already made arrangements to move her bank accounts out of Santander.

"I have to innovate when the world isn't normal," said Feldman, who has converted her catering and children's cooking camp business into a restaurant that delivers locally. "I'm just trying to create something that sustains us, and sustains our employees."

Green Planet 21 Utility Services, a telecommunications company based in Oakland, California, got a loan from the Bank of Guam. It normally uses Wells Fargo but had a business relationship with the overseas lender that it was able to lean on, according to Megan Purdy, the company's director of business operations.

Suzanne Citere, owner of RealDance Studio in Lighthouse Point, Florida, said she plans to close her accounts at Wells Fargo after getting a loan through PayPal. "They made such a mess of things," she said of the bank.

Some landlords found alternative channels to help struggling tenants get funding. At the Brooklyn Navy Yard, only eight of 500 tenants got access to PPP loans in the first round, said David Ehrenberg, CEO of the Brooklyn Navy Yard Development Corp. That had implications for tenants' ability to pay rent and retain their employees. Normally about 12,000 people work within the industrial park.

Realizing that existing bank relationships weren't coming through for tenants, the organization started referring them to so-called community development financial institutions including Pursuit, which received PPP funding from Goldman Sachs Urban Investment Group, as well as Carver Federal Savings Bank and Piermont Bank. At least 130 tenants have received loans in the second PPP round so far, Ehrenberg said.

"As a landlord who's a non-profit and small business, liquidity is a concern for us as well," Ehrenberg said. "The financial strength of our tenants is important."

Jennie Tang, owner of The Workshop Mpls, a ceramics studio in Minneapolis, looked into local banks and city and county grants while trying for almost a month to get a PPP loan from U.S. Bancorp. She, too, eventually found success with Square. The money will let her bring back some employees and continue to find innovative ways to generate revenue.

Still, many local businesses in her area continue to struggle, she said.

When the first round of PPP funding ran out "it didn't surprise me," she said. "It surprised me that we stand on street corners saying 'We support small business,' when we really don't."