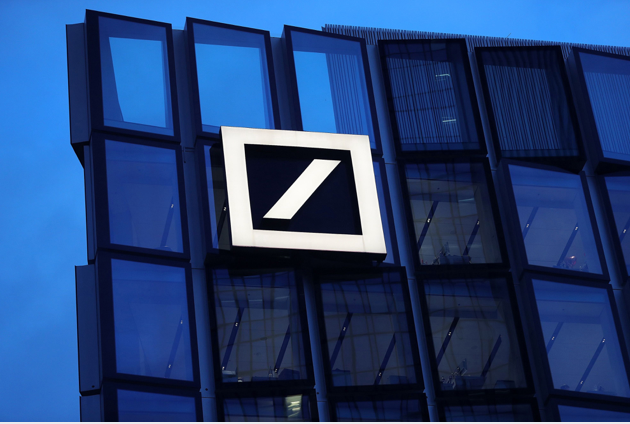 Deutsche Bank abruptly ended a hiatus on staff dismissals, becoming the first major bank to say it will resume job cuts after the coronavirus outbreak put the plans on hold.

"We decided to further accelerate our cost reduction program," CEO Christian Sewing said in remarks prepared for the lender's annual general meeting next week. "It's precisely because the transformation is essential for the future of our bank and we bear responsibility for a sustainable business model that we will, unfortunately, have to resume these personal discussions."

Global banks put staff firings on hold as the outbreak spread in March to avoid adding to employee hardship. Deutsche Bank's cuts are a key plank of its restructuring efforts, which include as many as 18,000 jobs -- or 20% of its workforce -- and a narrowing of the bank's international ambitions unveiled by the CEO last year.

Investment banks such as Morgan Stanley, Citigroup Inc. and HSBC Holdings Plc have pledged to hold off on dismissals during the pandemic this year, reassuring employees about their income and health insurance as the economy reels from the spread of the deadly virus.

The German lender -- which has been battling lower profitability for years -- said at the end of March that it was freezing cuts to "avoid additional emotional distress in the current environment," and pledged to keep the suspension in place until "a return to greater stability in the world around us." The bank's top bosses renounced a month's pay as part of the announcement late on Tuesday.

Germany is gradually seeing a resumption of more normal life. On Wednesday the country said that it will reopen borders by June 15. Germany recorded a decline in the number of new coronavirus cases and the country's infection rate dropped below a key threshold, as the country continues a gradual easing of restrictions on daily life.

Deutsche Bank is sticking to its financial targets for 2022, Sewing said. The lender also said last month that credit provisions will continue to rise this quarter after a surge during the first three months of the year, while revenue will grow less strongly than previously thought.

Sewing also hinted at deal-making to come, saying the bank's global scale and relative strength "is something that will help us when consolidation in the European banking sector happens -- as it inevitably will and must."

Deutsche Bank's two top executive bodies -- the management board and the group of managers just below it -- are forgoing a month's pay, Sewing said, making them the latest senior bankers around Europe to take a cut as regulators urge restraint as they deal with the pandemic. Bloomberg previously reported Deutsche Bank was considering changes to top pay.

Germany's largest lender is in the throes of a massive restructuring effort that aims to return it to profitability after five consecutive annual losses. As part of that plan, Sewing has vowed to also exit equities trading.

"We have to make our bank even more weatherproof - or, to be more precise, storm-proof," Sewing said in the remarks ahead of next week's AGM. "No one knows exactly what the second and third-round effects of this pandemic will be."