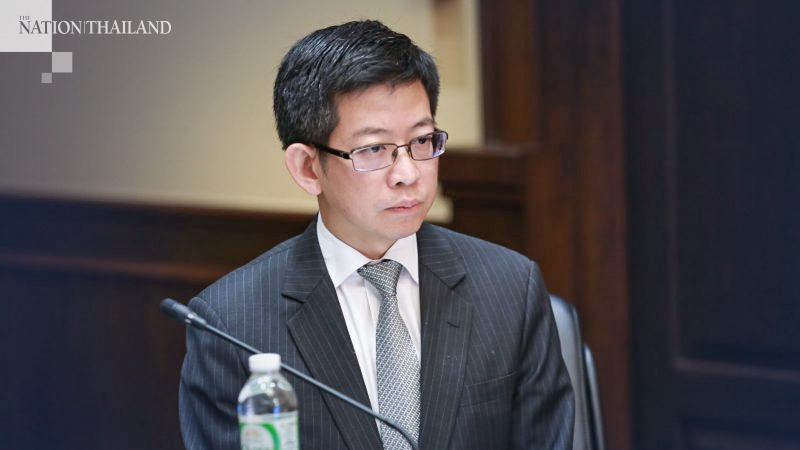 Kobsak Pootrakool, deputy secretary-general to the prime minister for political affairs, said he expects fresh funds for the stimulus package to shore up the economy in the third and fourth quarters of the year.

The economy will be the hardest hit in the first half of year, while effects from the government’s stimulus injection will only be felt in the third quarter.

“The National Economic and Social Development Council's next report on Monday [May 18] on the effects the pandemic has had on the GDP in the first quarter is expected to be disappointing,” Kobsak Pootrakool, deputy secretary-general to the prime minister for political affairs, said on Thursday (May 14).

He pointed out that many countries are suffering from economic contractions, like South Korea, whose economy has slumped by 1.4 per cent in the first quarter. Lockdowns imposed by many countries from February or March to slow down the pandemic have had a negative impact on employment, manufacturing and people’s income, causing consumers to spend less, he said.

The Thai tourism industry, which contributes about 15 per cent of the GDP, has been the hardest hit, he said.

“The export sector will not fare well, and tourism will no longer drive the Thai economy as many countries have imposed lockdowns. It will take a long while before we see 40 million tourists returning to Thailand as they did in the past,” he lamented.

He said economic activities in the second quarter will be worse than the first quarter, because the full impact of the Covid-19 crisis will be felt from April to June.

However, he said, the Bt400 billion stimulus package which will be injected into the economy in the third quarter, plus the Bt5,000 handouts to affected people should help stop the economy from sliding further.

He also said that the total government spending of Bt1 trillion, which represents about 5 per cent of the GDP, matched with the annual budget of Bt3.3 billion should provide some support to the economy.

The coronavirus outbreak has shaken up global supply chains that had already been weakened by the US-China trade tensions, he said, adding that Thailand may also lose its appeal as an investment destination for foreign investors.

Low daily wages in Vietnam and Indonesia, as well as China and India’s huge domestic markets may make these countries more attractive for foreign direct investment (FDI), he noted.

For instance, he said, due to the sheer size of its market, China has a greater potential to develop a Covid-19 vaccine.

Though Thailand is working on developing its agricultural sector and food production, it should embrace the option of demand-driven markets instead of just focusing on boosting per-rai productivity as it is doing now, he said.

This crisis is likely to change consumer behaviour, as people may seek more nutrient-rich foods, Suthad pointed out.

However, he added, tourism and hospitality will remain Thailand’s strengths and it could take advantage of its location by developing logistics and commerce to bridge Asean, China and India.

According to the Bank of Thailand’s projection, the Thai economy will shrink by 5.3 per cent this year, though some economists are a lot more pessimistic, saying the contraction will be much deeper at 10 per cent.