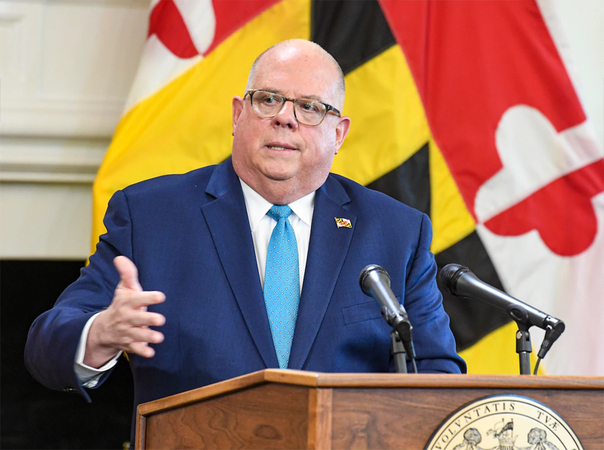 Maryland and Virginia are already seeing enormous tax losses from the coronavirus pandemic, according to new data released Thursday, with economic forecasters painting a dim portrait of a prolonged recovery.

Virginia's monthly tax receipts dived by 26.2 percent in April, compared with the previous year, according to the first monthly revenue report to reflect the economic ravages of the pandemic. State officials attributed the drop to extended tax deadlines that let companies and people delay payments until June 1.

Virginia Gov. Ralph Northam, a Democrat, said he was focused on health rather than rescuing the state's balance sheets.

"We must combat this virus before we can begin to repair our economy," he said in a statement.

In Maryland, experts offered a detailed and bleak prediction of the economic damage wrought by the novel coronavirus and the shutdown to curb it.

The state expects to lose at least $925 million in tax revenue by the end of June, forecasters said Thursday, less than half the estimate in the worst-case scenario presented a month ago.

The sum nevertheless will force across-the-board cuts over the next several months. It is expected to balloon to $1.2 billion if Congress does not pass another rescue package. State leaders said they hoped to spare state workers from layoffs.

The good news ended there. The new forecast estimates that three years from now, Maryland will have 100,000 fewer jobs than it did before the pandemic. As of Thursday, 581,950 people in Maryland had filed for unemployment in the past eight weeks.

"I'm repeatedly shocked at the possible depth of this recession," Andrew Schaufele, director of Maryland's Bureau of Revenue Estimates, said during a briefing Thursday. "The magnitude is staggering."

The slightly rosier take on a still-bleak economic forecast is driven by Maryland employers continuing to pay more workers than originally assumed. Schaufele said he could only speculate why more workers were getting paid, suggesting perhaps it was because companies had healthy balance sheets or were reluctant to lose highly trained workers, or because government programs had helped companies make ends meet.

Schaufele cautioned, though, that it appears the economic hardship of the next year will be two to three times as bad as what unfolded over several years during the Great Recession. Even if a vaccine is widely available by the end of next year, today's economic losses are expected to linger for several more years.

Maryland Comptroller Peter Franchot and State Treasurer Nancy Kopp, both Democrats and two of the three members on the powerful Board of Public Works, which can cut state spending - said they expect to start weighing spending reductions suggested by Gov. Larry Hogan, a Republican, the third member of the board. He has been using his perch as chair of the National Governors Association to encourage Congress to send $500 billion to rescue state governments seeing revenue nose-dive at the same time virus response expenses are exploding.

The White House has privately signaled a willingness to send tens of billions of dollars to states, despite opposition from conservatives.

But that is a fraction of what states have requested. Hogan has said Maryland, for instance, has already spent as much as $2 billion on the response.

Virginia Finance Secretary Aubrey Layne said the April receipts are consistent with the administration's estimate that the virus will cost the state $1 billion in the fiscal year that ends June 30. The state expects the pandemic to cost it an additional $2 billion in lost revenue and direct expenses over the two-year budget that begins July 1.

Maryland Budget Secretary David Brinkley said Thursday the governor was waiting for the latest estimates before recommending any trims to state spending. But he said there is no program or policy that won't be on the table.

"First, we have to stop the hemorrhaging," he said. "There are tough decisions to be made, but we have to do exactly what is necessary."

Kopp and Franchot said they intend to cut state spending without laying off the state's workers.

"We don't want to add to unemployment," Kopp said.