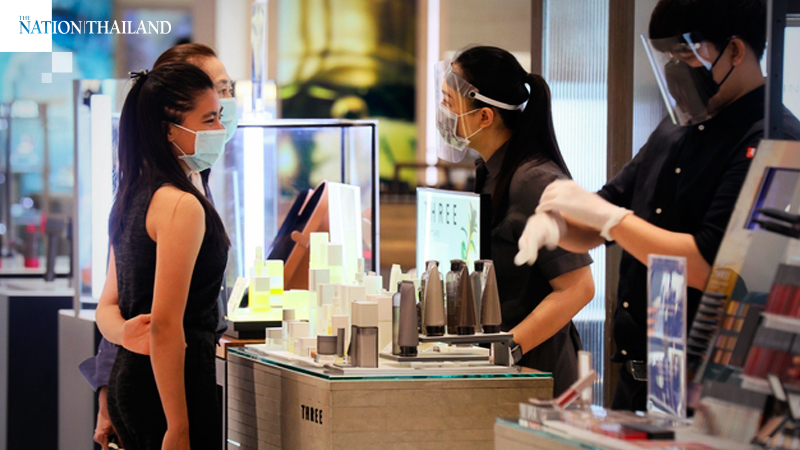 Some workers have returned to work at department stores and other businesses started to reopen on May 17 after the government implemented the second phase of easing of restrictions. A full reopening of the economy is a long way off as the international flight ban has been extended to June 30.

The National Economic and Social Development Council (NESDC) is expected to revise downward its economic projections for the year when it releases its quarterly economic report on Monday (May 18).

The NESDC, a government think-tank, is expected to report Thailand’s worst economic performance in the past 22 quarters, a source said.

The economy in the first quarter is expected to fall from a growth rate of 1.6 per cent in the fourth quarter of last year. Previously the NESDC had predicted GDP growth rate at between 1.5 to 2.5 per cent for 2020. The Bank of Thailand expected the economy to contract by 5.3 per cent, but others predict up to a 10 per cent contraction.

The Covid-19 crisis started to impact the economy in January, and had a more severe impact in the following months as it spread to Europe, the United States and other countries, forcing most countries to impose lockdowns, said the source.

The lingering impact on the economy will continue as nobody knows how long the Covid-19 crisis will drag on. The Thai tourism industry, one of the main economic drivers, would be hit hard, as the number of foreign tourists are expected to plummet by at least 70 per cent this year compared to 2019, he said.

The government has extended its ban on international flights until the end of June, as a precaution against a second wave of infections, making a recover for tourism unlikely this year.

The manufacturing sectors, such auto and parts are also down, auto and beverage production declined by 20 per cent in March alone.

The world economy is expected to contract by 2 to 3 per cent.

Thailand’s tourism industry employs about four million people. Laid-off workers totalling 1.2 million have asked for compensation from the Social Security Fund, while 23 million self-employed have asked for Bt5, 000 cash handouts from the government.

The virus pandemic has impacted both consumption, private investment, manufacturing, services and exports, added the source at the NESDC.