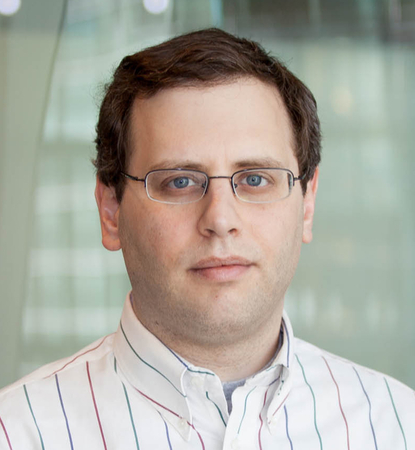 The coronavirus pandemic is likely to bring about many deep, long-lasting changes in U.S. society and the economy. It's difficult to predict what most of those will be. Unfortunately, one likely possibility is that college towns will suffer.

For the past few decades, college towns have been a pillar of the economy. Universities draw in lots of educated workers, in large part because of their research activities. This in turn lures private capital, which draws in yet more educated workers -- a self-reinforcing effect. The result is that college towns and their surrounding areas have been some of the big winners from the knowledge economy. In some cases, universities have even become the seeds for tech clusters, creating thriving new metropolises. Austin, Texas, and the Research Triangle cities of North Carolina are good examples. Some Rust Belt cities such as Pittsburgh have built their economic revivals around top universities. But even when colleges don't do much research, they can still generate modest but real benefits for declining regions, simply by drawing in and concentrating money and consumers.

But even before the pandemic, this golden age of college towns was under threat. The Great Recession caused most states to make deep, long-lasting cuts in university funding. Even by 2018, with the recovery complete, most states were still spending substantially less than before the recession. Meanwhile, demand for for-profit and private nonprofit schools had fallen, shuttering a growing number of colleges:

This may have been because of a growing realization that the job opportunities available to many college graduates weren't worth the large amount of debt that many students had to take out to get their degrees.

But if universities were on shaky ground before coronavirus, they will be crushed by this pandemic and the resultant depression. The first blow will come from even deeper cuts in state funding. With tax revenues in free fall, states are already running huge budget deficits while their borrowing ability is limited. Spending will surely be cut. If the 2008 crisis is any indication, cuts to higher education spending will not be quickly restored even when recovery begins.

Tuition also will be crushed. The pandemic itself is already depressing enrollment because students don't know when classes will be reopened. But even when that threat is gone, mass unemployment will reduce the ability of many American households to pay steep college prices.

Furthermore, the most lucrative group of tuition-payers -- international students -- will mostly disappear. International students pay top dollar to study at American universities, subsidizing domestic students and helping to support university budgets in the wake of state funding cuts. Even before coronavirus, President Donald Trump's administration had been working to decrease the inflow of students from overseas. Coronavirus will exacerbate this trend, thanks to travel restrictions related to the pandemic, further tensions with China, the decreased attractiveness of the U.S. job market and further restrictions by Trump.

Big drops in state funding and tuition are already devastating universities' budgets, forcing salary cuts and layoffs at a rapid rate. Fewer students and university workers will mean reduced demand for local businesses in college towns. And if online classes during the pandemic lead to a long-term shift toward distance education, it will mean even less money gets spent around university campuses.

But the long-term impacts could be even more severe. Budget cuts will make it harder to pay for graduate-student stipends, research-assistant salaries, construction of research facilities and other things that draw in educated workers and private capital. The dearth of international students will also hit science and engineering departments hard because these students make up a majority in many key STEM fields.

Anyone who has worked in a university laboratory knows that graduate students do much of the actual research. It will be impossible for engineering departments to replace many of these lost researchers. That in turn will force many labs to shutter or scale back, making college towns a less attractive investment destination for private companies.

Thus, the golden age of American college towns may be ending. The highly successful model of using tax and tuition dollars to subsidize and plant the seeds for thriving local economies is getting hit from all directions at once. The economic activity that once clustered there will begin migrating out -- to big cities, to distributed networks of remote workers, to other countries or simply to nowhere at all. The federal government could partially offset the situation if it chose to by giving big bailouts to states, by reversing restrictions on international students and by taking action to quickly suppress the pandemic. But absent such a rescue, college towns are in for a long period of pain.

Smith is a Bloomberg Opinion columnist. He was an assistant professor of finance at Stony Brook University, and he blogs at Noahpinion.