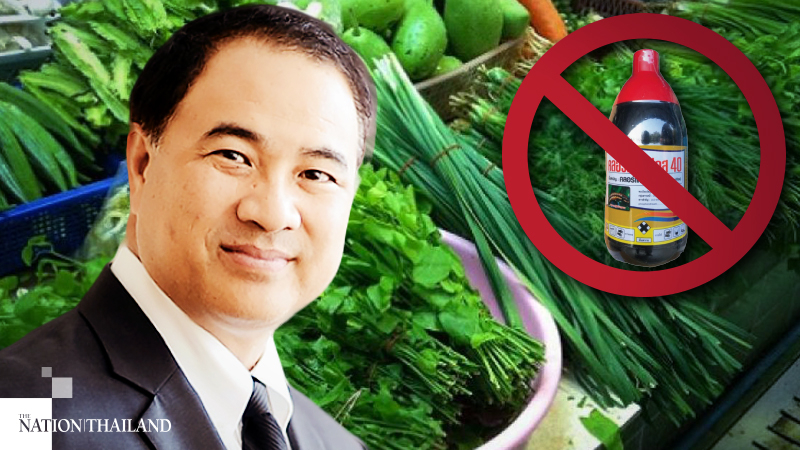 The Thai Chamber of Commerce (TCC) has set up a team to study the effects of agri-chemicals paraquat and chlorpyrifos ban, saying that the Codex Alimentarius – a directory of internationally recognised standards and codes of practice – still allows the use of these chemicals if it is done correctly.

Kalin Sarasin, chairman of TCC, said the committee has been established to study the impact of the Hazardous Substance Committee's declaration that the two chemicals would be classified as Type 4 hazardous substances (which prohibits use and possession) as of June 1.

This committee is tasked with collecting the opinions of stakeholders, entrepreneurs, farmers and consumers and come up with solutions for the government to consider. Even though the Hazardous Substances Committee has passed a resolution, it will still have to give all parties time to be ready for a future without these chemicals, he said.

Kalin added that Thailand and other countries use Codex Alimentarius as a globally accepted standard for residues of products arising from the use of pesticides. However, if all parties come out and suggest a solution, TCC will call on the government to reconsider the ban and give time to the private sector and all those involved to make adjustments. He said nobody has been able to discuss the issue seriously due to the Covid-19 outbreak.

The TCC has sent an open letter to Industry Minister Suriya Juangroongruangkit asking for the ban to be enforced on December 31 instead of June 1 as businesses and farmers are not yet ready and many are also adversely hit by the Covid-19 outbreak. If chemical residual value is reset to zero, then there will be a severe shortage of raw materials as well as a food crisis in both Thailand and overseas.

Banning the import of these chemicals will have a wide impact as they are used in the cultivation of plants that are used as raw materials for processing both human food and animal feed like soy, wheat flour, coffee, cocoa, etc.