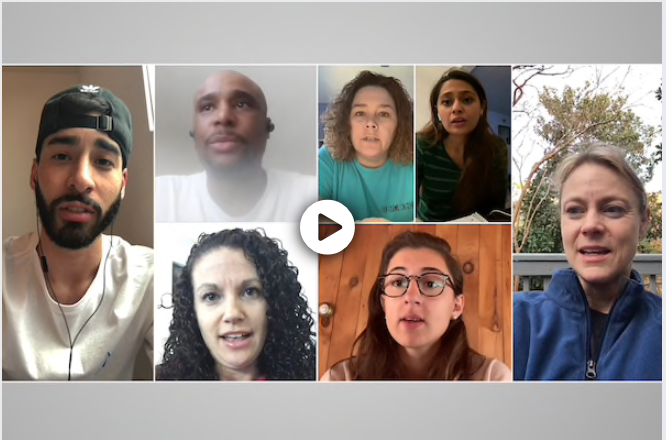 WASHINGTON - The Trump administration, top Republicans and powerful corporate lobbyists mounted fresh opposition Thursday to extending enhanced unemployment benefits to the growing number of Americans who are now out of work, raising the prospect of significant cuts to their weekly checks unless lawmakers act by the end of July.

The latest round of threats came hours after U.S. government released dour new jobless figures showing an additional 2.4 million Americans sought unemployment aid just last week, further compounding an economic crisis that already rivals the Great Depression in its severity. Over the span of nine weeks, more than 38 million Americans have filed unemployment claims across the country because of the impact of the coronavirus pandemic.

In March, Congress passed a law that gave people filing for unemployment benefits an additional $600 each week until July. The debate about whether to extent those benefits this summer have touched off fierce debate in Washington over the extent to which continued aid is necessary to stimulate a sagging economy.

Some White House officials and Republicans believe the extra payments are creating a disincentive for people to return to the workforce, potentially holding back the economic recovery. But so far there is no consensus over how to proceed, with some calling for phasing out the benefits entirely and others supporting a one-time payment that could encourage Americans to return to work.

"In certain cases, we're actually paying people more than they made so we have to fix that," Treasury Secretary Steven Mnuchin said in an interview with The Hill newspaper.

Senate GOP Leader Mitch McConnell blasted the expanded benefits as a "crazy policy" in a private meeting with lawmakers Wednesday, according to a person familiar with the remarks. The party's position is backed by the U.S. Chamber of Commerce, which on Thursday joined Republicans in arguing the extra payments might deter people from returning to work.

Democrats argue along with a stable of economists that the expanded jobless benefits are critical at a time when Americans have lost their jobs through no fault of their own - and desperately need the money to pay their bills and protect their homes.

"The worst thing Republicans can do to the economy and American families is to allow supercharged unemployment benefits to expire," said Sen. Ron Wyden, D-Ore.

The White House declined to comment for this story. On Wednesday, White House press secretary Kayleigh McEnany said at a news briefing that the president would not "rush forward with spending trillions more dollars in taxpayer money."

Spokespeople for Mnuchin and McConnell did not immediately respond to requests for comment.

For now, the new unemployment figures released Thursday further illustrate the precipitous economic decline caused by the coronavirus outbreak, which has shuttered many businesses nationwide. The impact on the labor market has been swift and severe, and it's unclear how many newly unemployed will be able to quickly return to their old jobs.

Some Americans had struggled for weeks to obtain the benefits after a flood of applications overwhelmed aging or neglected computer systems in states including Florida, New York and Maryland. These and other states later made immense progress in reducing their backlogs, though delays still remain. More than 200,000 out-of-work Americans are in line for payments in Florida, state data show, while the New York backlog stands at about 44,000, it reported Wednesday. About 7,000 claims had been pending review there for roughly a month.

"The economic need is not going away," said Martha Gimbel, a labor economist at Schmidt Futures. "The fact that we are two months into this, and we're still getting multimillion claims numbers, speaks to how deep and intense the economic pain is right now."

The threat of a protracted downturn prompted Jerome Powell, chair of the Federal Reserve Board, to warn that Congress may need to authorize additional stimulus during a hearing with the Senate Banking Committee on Tuesday. Trump and some of his top aides, however, have articulated a contrary view, insisting that business is set to rebound - and jobs will return - much more quickly than experts envision. "We're opening up; the states are opening up," Trump affirmed again on Tuesday. "It's a transition to greatness."

In response to the coronavirus, lawmakers in March extended unemployment support for an additional 13 weeks while granting new benefits to workers otherwise ineligible for jobless aid. That includes self-employed and so-called gig economy laborers, including those who drive for companies such as Uber. But the centerpiece of lawmakers' efforts had been the additional $600-per-week in payments they authorized for out-of-work Americans until the end of July. Mnuchin reached the agreement with Democrats to include payments of that amount, even though some Senate Republicans immediately complained that the payments would be too high.

The heightened unemployment benefits had been designed to replace workers' wages, unlike unemployment in normal times, which often only covers a small fraction of what people earn while they have a job. "They feel like they have some breathing room," said Michele Evermore, a senior policy analyst at the National Employment Law Project. "For them to have enough money to know they can stock up on groceries, and finally get caught up on bills, and know their housing is okay - it's a lifeline."

But business groups have balked at the payments, fearing they are too high and making it less likely that Americans will quickly look to return to work.

Two-thirds of unemployed workers who are receiving benefits are earning more than they were taking home previously while on the job, according to a May analysis from the University of Chicago's Becker Friedman Institute for Economics. Conservative groups and congressional Republicans have touted the study in recent days, while anecdotally, companies say they're having a hard time persuading workers to return to their old jobs - even though some laborers say their reluctance is the result of unaddressed safety concerns.

"It absolutely makes sense in this current health pandemic, when businesses are forced to close their doors, to provide a higher level of benefit," said Rachel Greszler, a research fellow who focuses on budget issues for the Heritage Foundation. But, she said, the Cares Act program "introduces a lot of inequities and perverse incentives that damage the economy."

Neil Bradley, executive vice president of the U.S. Chamber of Commerce, told reporters on a conference call Thursday that the business lobby opposes continuing the $600-per-week additional unemployment benefit, which he described as an "across-the-board bonus." Bradley said that this enhanced benefit provides more income for many workers than their jobs did.

With an eye on the July deadline, Democrats have put forward a slew of proposals to bulk up unemployment insurance. Last week, House Democrats approved a $3 trillion coronavirus relief bill that would authorize enhanced unemployment benefits until the end of the year, arguing such payments are critical toward keeping hard-hit Americans financially afloat.

But top congressional Republicans instead have signaled support for paring back these benefits, including during a meeting on Tuesday attended by Vice President Mike Pence along with Mnuchin, McConnell and House Minority Leader Kevin McCarthy, R-Calif., according to a person familiar with the matter who spoke on the condition of anonymity to discuss the private conversations.

"On a lot of this stuff there isn't a real consensus yet that's formed because some of these programs are just delivering, and we're kind of getting feedback on how they're working so I think it's going to take a little while," said Senate Majority Whip John Thune, R-S.D., on Thursday.

Some Senate Republicans, however, publicly maintain they are unified in their opposition to extending the $600 unemployment benefit, said Sen. Rick Scott, R-Fla., who said he called the president around the time of the passage of the Cares Act to object to the provision.

"I don't know of anybody that's not on board," he said. "The government is competing with businesses for workers, and that's the craziest idea ever. . . . We can't hurt our ability to reopen the economy."

Several Senate Republican staffers privately have told advisers off Capitol Hill that they expect the GOP to accept some extension of the unemployment benefits increase, despite the caucus's opposition to the expansion, according to two people familiar with the private conversations. They are debating a number of different scenarios, including a one-time return-to-work bonus and approving a smaller federal subsidy to the benefits that comes in lower than $600.