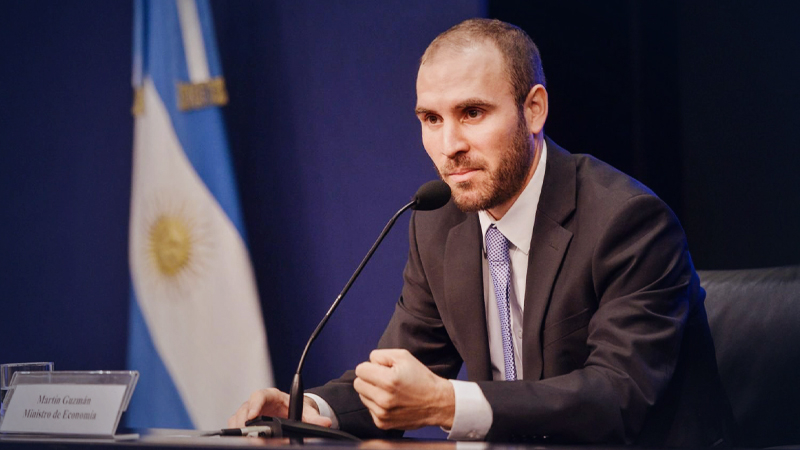 Argentina will improve the terms of its offer to restructure $65 billion of overseas bonds after sinking into default when it failed to make an interest payment.

Economy Minister Martin Guzman didn't give any details on his plans in an interview at his office, but said discussions with creditor groups continue. The latest proposals from bondholders have shrunk the gap between the parties' positions, he added.

The South American nation, burdened by inflation near 50% and a shrinking economy even before the pandemic hit, missed the final deadline for $500 million of interest payments Friday. The government has said Argentina needs $40 billion in debt relief to set it back on the path to sustainable growth, and officials have been in talks with bondholders for two months.

"Our intention is to amend the offer based on the negotiations so that it has a structure compatible with the restrictions we face, as well as bondholders' preferences and objectives," Guzman said. "The message we've received from bondholders is that they're interested to continue talks."

Argentina extended the deadline for creditors to consider its debt restructuring offer until June 2. Key bondholders have committed not to sue for immediate repayment on the defaulted debt, allowing talks to continue on friendlier terms, Guzman added.

A group of bondholders said the government invited some of its members as well as representatives from other creditor committees to sign a non-disclosure agreement for further talks.

"The Exchange Bondholder Group remains committed to the comprehensive restructuring proposal it submitted to Argentina on May 15," the group said in a statement on Saturday.

Argentina has demanded a three-year moratorium on payments, sharp cuts to interest rates and a reduction in the principal owed. People familiar with the matter said earlier this week that there was a gap of about 20 cents on the dollar between what the government was offering and what creditors want.

The government remains flexible on the specifics of the deal and could use sweeteners to make it more appealing to creditors, according to Guzman.

"There's flexibility on the combination of parameters," he said. "While the counteroffers we received last week are closer than the first ones we received, they're still far from what Argentina can sustain."

Bonds were little changed Friday, with most securities trading between 30 and 40 cents on the dollar, as investors had largely anticipated that Argentina wouldn't make the overdue interest payments. The notes had rallied from record lows in recent weeks amid some optimism an accord can be reached in coming days and weeks.

Investors are resigned to a certain amount of losses, and the government has tried to keep things friendly by avoiding rhetoric that demonized creditors, a hallmark of the country's battles with hedge funds after its 2001 default.

Argentina's default at the turn of the century led to 15 years of costly court battles with creditors. It's unlikely we'll see a repeat of that, according to Alberto Ramos, the head of Latin American economics at Goldman Sachs Research.

"Given all these signals that all these things seem to be progressing, I don't think anyone will litigate immediately," Ramos said. "There will be an understanding with bondholders and life goes on."