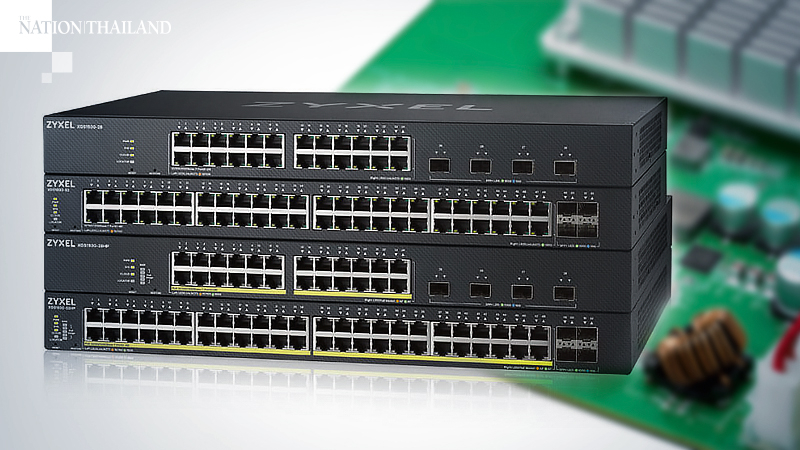 Although the roll-out of the new Wi-Fi 6 standard boasts a lot of benefits for businesses, including faster speeds and better connectivity, it also puts a greater strain on existing bandwidth capabilities. "Multi-gigabit network switches are key to delivering a reliable network backbone to help companies unlock the full potential of Wi-Fi 6 when they’re ready for the upgrade," the company said.

"Most gigabit switches typically only provide either 1G or 10G link speeds, limiting flexibility when looking to add 2.5G or 5G devices for new applications," the company said.

"When upgrading to the XS1930, businesses can use their existing cables to best utilise the previous network investment and also be well prepared for future network expansion," Zyxel said.

"The XS1930 series features the industry’s first five-colour LED design, which flashes one colour per speed to help network administrators easily identify the actual network performance. This makes it easier to recognise port speed by colours, with the maintenance indicators much more intuitive and user-friendly," Zyxel said.

The growing adoption of mobile, Internet of Things and Wi-Fi 6 devices and their diversified applications have also raised the bars of power requirements on the network backbone.

"The XS1930-12HP supports the latest IEEE 802.3bt (PoE++) standard, with a large power budget of up to 375W to accommodate the high-power requirement needed by most Wi-Fi 6 devices, Zyxel said.

“SMBs now face an increasing demand of wireless bandwidth for daily operations, and the migration to Wi-Fi 6 further accelerates this trend. Upgrading to a better performing Wi-Fi network without compromising the solid backbone services can be challenging, and our new multi-gigabit switches are designed to bring the network performance you need with investment protected,” said Crowley Wu, vice president of Zyxel Networks’ Networking SBU.

With the high bandwidth and large power budget that the XS1930 switch offers, it can operate at 28-50 dBA – which is almost silent, making it ideal for small offices, boutique hotels, hostels or public-facing businesses, Xyxel said.