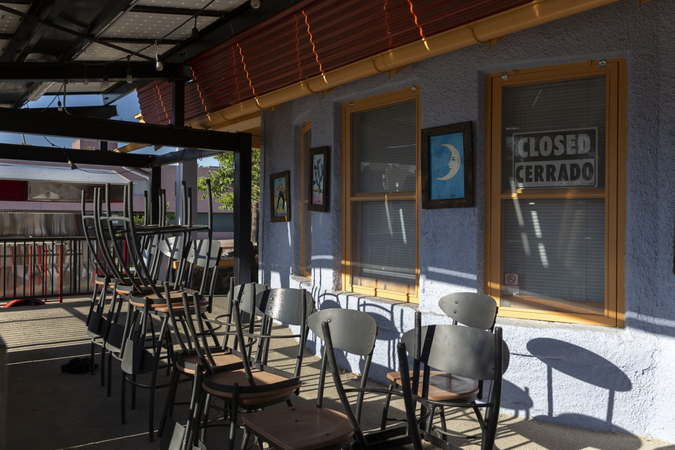 WASHINGTON - Americans have filed more than 40 million claims for jobless benefits in the past 10 weeks, according to new Labor Department data, laying bare a tremendous and sudden disruption in the U.S. economy that is already changing the types of jobs desperate workers are looking to fill.

About 2.1 million of those new unemployment claims were filed just last week, the federal data show, marking a slight decrease from prior weeks while still reflecting the historic toll wrought by a pandemic that has temporarily - and in some cases permanently - shuttered businesses nationwide.

In the meantime, the widespread job losses have left workers in an increasingly perilous bind: Under pressure to return to the labor force -- including from the White House -- Americans have been left to vie for a fast-shrinking number of jobs assisting offices, entering data and handling other responsibilities that can be predominately executed from home.

There is a growing number of openings in warehouses as major retailers such as Amazon expand their footprints, according to a snapshot compiled by ZipRecruiter, a job-posting website. But some of the greatest demand is for harder-to-get, "safe" jobs requiring little to no face-to-face contact, including data entry, customer service and other human-resource tasks, said Julia Pollak, the company's labor economist.

Three months ago, for example, 19 people on average might have applied for an open customer-service representative position on the site, ZipRecruiter found. By May, that average had tripled, even though there was a 40% drop in the number of those jobs listed online in the first place.

The scramble for remote, socially distant employment reflects lingering fears on the part of U.S. workers about their physical and financial security as the coronavirus pandemic stretches into its third month -- and threatens to eclipse the availability of some federal aid programs.

The tension looms over Washington as congressional lawmakers and the White House feud over their next response to the economic crisis wrought by the coronavirus. The latest hit came Wednesday, as Boeing, one of the largest U.S. manufacturers, said it was taking steps to lay off thousands of workers.

The pandemic has resulted in a national unemployment rate exceeding 14%, marking the highest rate since the Great Depression.

The historic rate of joblessness threatens the United States with an uncertain path toward economic recovery, the Federal Reserve affirmed in a report Wednesday, which highlighted precipitous drops in consumer spending, domestic tourism, manufacturing activity and agricultural conditions over the life of the pandemic.

President Donald Trump, for his part, has pledged in recent weeks that a swift rebound is on the horizon. It could take a few more months before a clearer picture of the labor market emerges.

Since March, Americans unexpectedly out of work have benefited from an additional $600-per-week in unemployment aid, a historic enhancement to jobless benefits authorized under the $2 trillion Cares Act. The money has proved critical in helping families pay their bills, maintain their mortgages and purchase groceries and other goods, experts say.

But the aid is set to expire at the end of July without further congressional action, which Trump and his GOP allies have opposed. The potential loss of that critical cash -- leaving some Americans with much smaller unemployment checks -- may send some workers scrambling this summer to try to find new gigs in a dour market. And then there could be even more competition for remote work that allows employees to stay home.

"For the vast major of people, those [unemployment] benefits don't even replace half of your prior income," said Heidi Shierholz, the senior economist at the Economic Policy Institute and former chief economist at the Department of Labor. "It will mean people will be definitely out looking for jobs," she added, creating a crunch because "the number of job openings are greatly reduced by the coronavirus shock."

Those who aspire to return to the workforce, seeking new positions amid a battered economy, are likely to find their options limited and less than ideal. Already, some economists said they had noticed a growing reluctance on the part of workers to apply for positions where face-to-face interaction is required -- and working at home might be difficult or impossible.