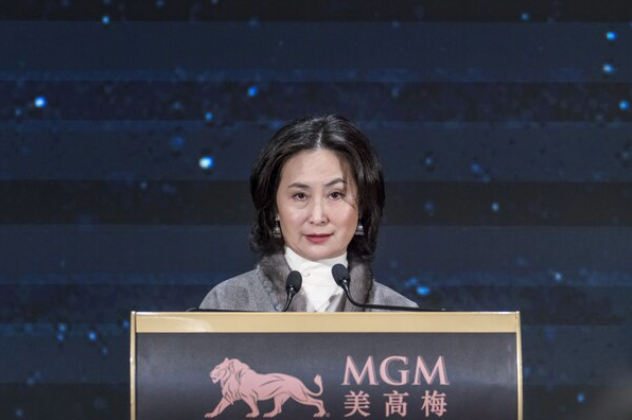 About an hour after the death of Stanley Ho, the billionaire who built the Chinese territory of Macau into the world's biggest gambling hub, his large clan gathered in front of the Hong Kong Sanatorium & Hospital to break the news. They were also there to send a clear message of unity.

The 98-year-old tycoon fathered 16 recognized children with four women he considered wives. Outside the hospital in front of cameras and journalists, it was Pansy Ho - the 57-year-old eldest daughter of his second wife - who was given the honor of announcing his passing as they flanked her.

Ho, a former socialite, is already chairman of one of Macau's biggest conglomerates and co-chairman of casino operator MGM China Holdings Ltd., having become her father's favored successor years ago.

With the death of the trailblazer who catapulted Macau past Las Vegas to become the world's gambling epicenter, the pressure is now on her to unite the interests behind the Ho family's $15 billion fortune, rejuvenate an aging casino franchise and lead the empire through the coronavirus pandemic that's caused gambling revenue to plunge by more than 90%.

And with a fractious family held in check only by a delicate balance of power, Ho will need to chart a careful path forward.

"While Stanley was alive, things were in limbo - it would have been disrespectful for someone to take the helm," said Ben Lee, Macau-based managing partner at gaming consultancy IGamiX. "Now that he has gone, what we'll ultimately see is one person leading a reincarnated Ho empire. This paves the way for Pansy." 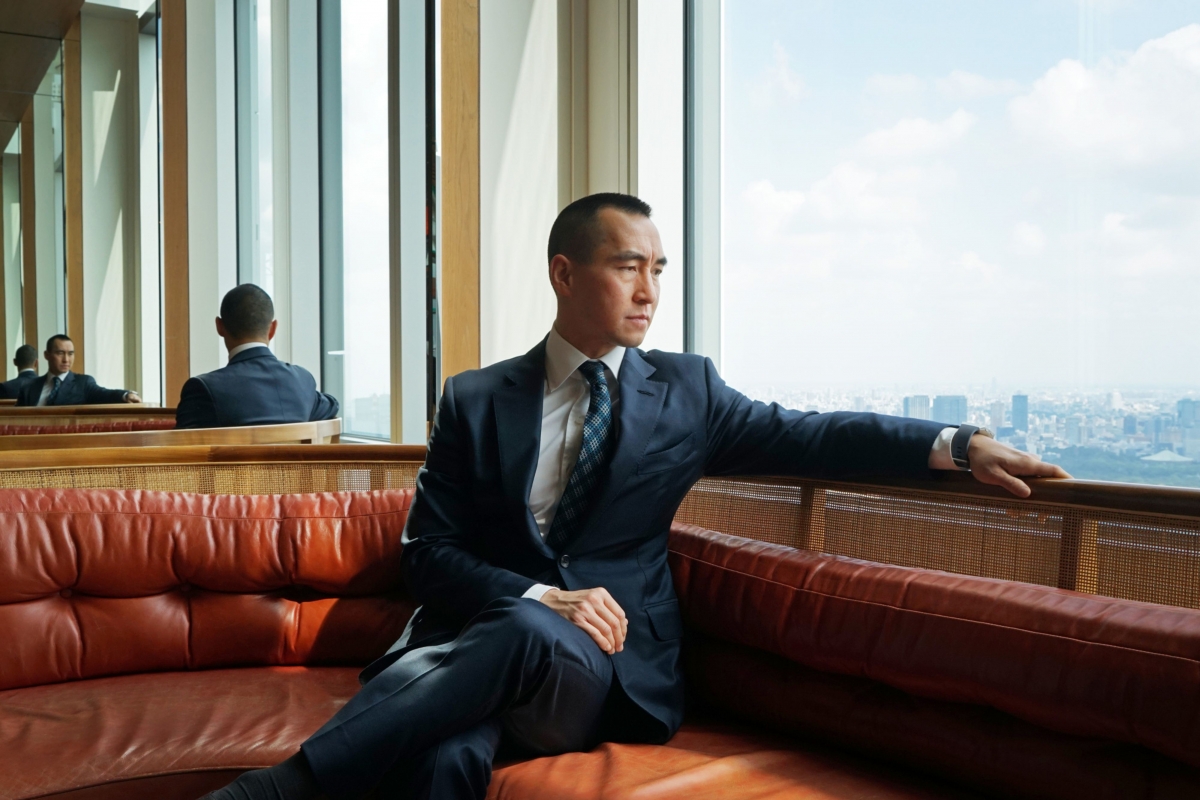 A significant new alliance created last year gave Pansy Ho and her allies control over the family's core casino franchise, SJM Holdings Ltd. None of the other children or three surviving wives have publicly contested the agreement, though investors and analysts remain wary of internal tensions.

"It is generally difficult for the second generation to follow the footstep of their father because the time frame and the geopolitical circumstances are all different," Ambrose So, SJM's chief executive officer, said in a message in response to Bloomberg inquiries Thursday. So said it was Ho's concern for society and his personality traits - including charisma, humor, approachability and nose for business - that's led him to stay at SJM for more than 40 years.

With her father's passing, Pansy Ho is now expected to consolidate control over a complicated network of business interests, which include 20 casinos under SJM's umbrella, the Chinese arm of American casino operator MGM Resorts International, and even the ferry and helicopter routes that link Macau and Hong Kong.

That would be a challenge in boom times. But Macau is now in the midst of a historic free-fall due to the pandemic, with basically empty casinos losing more than $1 million a day. 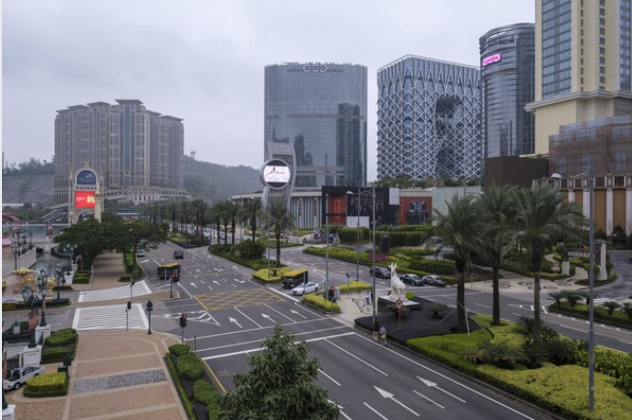 Gaming revenue plummeted by a record 97% last month compared with the same period a year ago, and a recovery is unlikely as long as virus containment measures prevent Chinese travelers - the enclave's lifeblood - from entering the territory.

With the outbreak seemingly curbed in mainland China, Macau and Hong Kong, analysts are hoping that border and visa restrictions will be eased starting next month, followed by a summer recovery.

But with casinos now desperate to regain lost ground, competition will be fiercer than ever, and SJM had already been losing market share to more dynamic operators before the pandemic.

The industry will try to relaunch in a slow reopening that may start with a "travel bubble" of tourists to ease movement between Macau and neighboring Hong Kong and China's Guangdong province, said Glenn McCartney, a professor at the University of Macau's Faculty of Business Administration.

SJM's complex division of power - holdings are split between three branches of the family, including Pansy's - has made it slower-moving than rivals and it's steadily lost market share. It was the last among Macau's six operators to build a casino on the territory's swanky Cotai strip and has had to delay the opening of that new project, the $5 billion Grand Lisboa Palace, to March next year from end-2020.

Internal maneuvering is also a constant distraction. Angela Leong, Ho's fourth and latest wife who's seen as a competitor to Pansy, holds an 8% stake in the holding company that controls SJM, a possible future flashpoint.

In 2018, Daisy Ho, Pansy's sister from Ho's second wife, joined SJM as chairman. At 55, she's the youngest board director and came with no casino experience, leading many to presume that she's allied with Pansy, said Lee of IGamix.

SJM has an "entrenched management" and is steeped in "dysfunction" trying to placate various interests, wrote Sanford C. Bernstein analyst Vitaly Umansky in a note Tuesday.

Investors are now looking to SJM's June 9 annual general meeting - where four incumbent board members including Angela Leong are seeking reelection - for any signs of brewing division.

"SJM is a company in desperate need of a strong, clear leadership and more transparency in terms of its internal power structures," said Francisco Gaivão, managing partner at G&R Law Firm in Macau that focuses on gaming.

"Sooner rather than later Pansy Ho will have another go at her pursuit of SJM control," he said. "Being a very sharp and determined businesswoman, she will continue her strategy of alliances with other shareholders in order to get rid of her known fierce internal enemies and get control of the board."

The second generation will also face challenges in managing the empire as Stanley Ho's political and business connections may not pass on to his children.

"It is of utmost importance for the new leader of the Ho group to identify new sources of competitive advantage and transform its business and managerial teams that can no longer depend on Ho's legacy," said Joseph Fan, a professor at the Chinese University of Hong Kong.

Representatives at Shun Tak Holdings Ltd., a conglomerate Pansy Ho is chairman of, didn't respond to requests for comment on plans for the family's various businesses. A spokesperson for SJM also didn't immediately respond to a request for comment.

Lawrence Ho, chairman of another Macau casino franchise, Melco Resorts & Entertainment, and Pansy's brother, is another potential competitor. He has said he is focused on building his own brand, which is expanding to the Philippines and seeking a resort license in Japan, and stays out of family succession issues. But his high profile and solo business success has meant that some see him as a dark horse in the family race.

"The role of Lawrence is one of the unanswered questions on how the future will look," said Carlos Lobo, a gaming consultant and Macau lawyer who's advised the government. "I just don't see how he fits in such a solution of Pansy being at the helm."

Although the last public family spat over business control was in 2011 - Stanley Ho accused family members of trying to take over his stake and sued - other smaller disputes are ongoing.

Still, Pansy Ho has earned credibility and respect within the industry and the reins are hers to lose, say analysts.

Educated in the U.S, she has experience managing casinos as well as insight into the tourism, property and transportation industries of the region via her work at Shun Tak, another family business. The company controls ferry and helicopter services between Macau and Hong Kong.

She's also responsible for striking an alliance with MGM, the American casino operator, whose franchise in Macau operates under a sub-concession - Macau's term for gaming licenses - under SJM's primary concession.

Gaming law dictates that a shareholder who holds a 5% share or more in one gaming concession is not allowed to hold more than 5% in another operator, which means that Pansy will need to step away from MGM China if she consolidates control over SJM.

The coming months will likely see the family make public its full plan for the empire's various businesses, which should have allocations for every branch of the Ho family tree, said IGamiX's Lee.

"It looks like family members have realized that the infighting that occurred several years ago wouldn't benefit any of them individually or collectively," said Lee. "Having someone strong like Pansy with the ability to reignite the empire would benefit all of them."