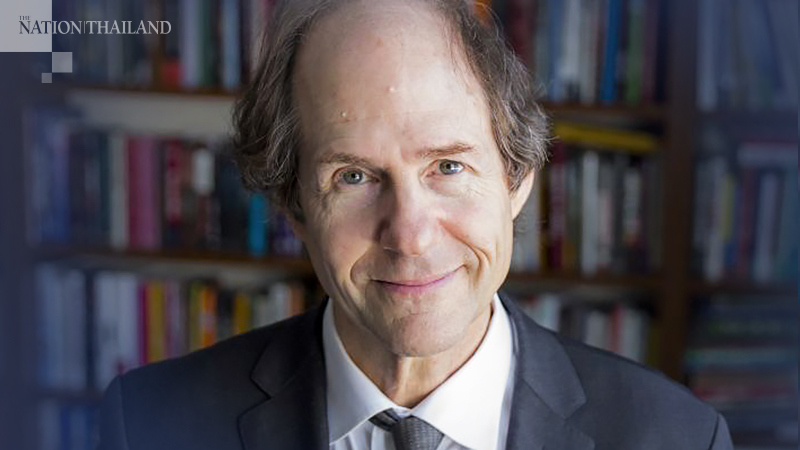 President Donald Trump's executive order targeting social-media companies raises tough questions about presidential power, presidential bullying and freedom of speech. To understand it, we need to start with what's clear, and then explore what's not.

An executive order is not a law. It doesn't bind the private sector. It doesn't require Twitter or YouTube to do anything at all. Many executive orders are orders from the president to his subordinates, directing them to do things. That's what this one is.

With respect to the communications market (of which the social-media companies are an important part), the most important federal agency is the Federal Communications Commission, an independent agency not subject to the president's policy control. The executive order signed by Trump on Thursday respects the FCC's independence. It doesn't direct the FCC to take action.

Some passages of this executive order read like a fit of pique, or an attempt at punishment. Indeed, the order does not obscure the fact that it is, at least in part, a response to behavior by Twitter that Trump didn't like: adding fact-check labels to two misleading presidential tweets about voting by mail. Consider this:

Twitter now selectively decides to place a warning label on certain tweets in a manner that clearly reflects political bias. As has been reported, Twitter seems never to have placed such a label on another politician's tweet. As recently as last week, Rep. Adam Schiff, D-Calif., was continuing to mislead his followers by peddling the long-disproved Russian Collusion Hoax, and Twitter did not flag those tweets.

The order attempts to use the power of the purse to threaten social media companies. It directs all executive agencies to review their spending on advertising and marketing on such platforms - and then directs the Department of Justice "to assess whether any online platforms are problematic vehicles for government speech due to viewpoint discrimination, deception to consumers, or other bad practices."

In the abstract, there's nothing wrong with that. In context, it looks like an effort to get the companies to act in a way that pleases the president.

The most important provisions of the order involve section 230 of the Communications Decency Act of 1996. That all-important law states: "No provider or user of an interactive computer service shall be treated as the publisher or speaker of any information provided by another information content provider."

As a result, Twitter, Facebook, YouTube, and others are regarded as platforms, not publishers. If their platform contains defamatory material posted by users, or material that inflicts emotional distress, the platforms themselves cannot be sued (as can, for example, newspapers or television networks when they run defamatory material). There are specified exceptions, as for copyright violations and sex trafficking. (Disclosure: I've served as a paid consultant to Facebook on three occasions, totaling about one day of work, since 2012. None of the work involved issues related to the topic of this column.)

Section 230 goes on to insulate providers of such services from liability for "any action voluntarily taken in good faith to restrict access to or availability of material that the provider or user considers to be obscene, lewd, lascivious, filthy, excessively violent, harassing, or otherwise objectionable, whether or not such material is constitutionally protected."

If, for example, Twitter restricts access to sexually explicit material, or to material by which one user harasses another, it cannot be held liable.

This is where things get complicated. Trump's order says that section 230 should not protect companies that "use their power over a vital means of communication to engage in deceptive or pretextual actions stifling free and open debate by censoring certain viewpoints."

If companies "stifle viewpoints with which they disagree," the order says, they should not be free from liability. A provider should lose that protection if it is engaged in certain "editorial conduct."

To implement that conclusion, the order asks agencies to "take appropriate actions" - without saying what those actions might be - and directs the Secretary of Commerce to petition the FCC to make regulations to clarify the meaning of section 230, consistent with the order's understanding of that meaning.

Here's the problem. Love it or hate it, section 230 does not allow the president, the FCC, or anyone else to eliminate the immunity that it grants because a social media company has engaged in "editorial conduct."

Section 230 says flatly that interactive computer services shall not be treated as publishers or speakers. Section 230 also grants companies immunity when they take good-faith steps to restrict access to obscene or violent material. The executive branch and the FCC have no power to say that if Twitter labels misleading tweets, or even discriminates on the basis of viewpoint, it loses its immunity from (say) defamation suits.

The executive order directs the attorney general to develop a proposal for legislation to promote its policy objectives. That's perfectly legitimate. Many people - Democrats, Republicans, and independents - have questioned the broad immunity conferred by section 230.

To be sure, social media providers should not be treated in the same way as newspapers and magazines. Their unique role is to provide a forum for very large numbers of people. At the same time, it is hardly clear that they should be immunized from liability if (for example) they are put on notice that material on their platform is clearly defamatory, or has been found to be defamatory in state court.

Section 230 was enacted over two decades ago, in what was a radically different communications environment. Rethinking it is a reasonable idea.

It's unfortunate that serious, substantive issues have been raised by an executive order whose clear motivation is to intimidate and punish those who are daring, even in mild ways, to hold the president accountable.

Sunstein is a Bloomberg Opinion columnist. He is the author of "The Cost-Benefit Revolution" and a co-author of "Nudge: Improving Decisions About Health, Wealth and Happiness."