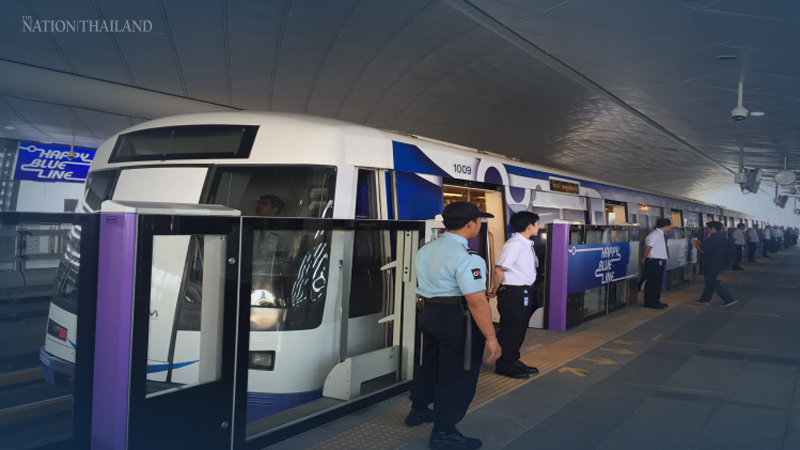 The Bangkok Express and Metro Public Co Ltd (BEM) said it expects its revenue for 2020 to drop by 15 per cent year on year because people have had to stop travelling due to the Covid-19 outbreak.

Sombat Kitjalaksana, BEM’s managing director, said the government imposed state of emergency, curfew and other restrictions to control the contagion has caused the number of commuters using expressways and the Metropolitan Rapid Transport (MRT) system to drop.

“However, we expect things to return to normal within the third quarter as the number of cars on the expressways and commuters using the underground rose in May as soon as the government began easing lockdown measures,” he said.

He said he expects the year’s revenue to stand at Bt13 billion, 15 per cent less than last year, while the profit should be Bt2 billion.

“Last year, BEM’s revenue and profit stood at Bt16 billion and Bt3 billion respectively,” he said. “The company’s performance next year is expected to improve as people will start travelling as per normal and the MRT Green Line should start operating by the end of this year.”

He added that BEM plans to further extend the MRT and that it was ready to cooperate with CH Karnchang to bid for the construction of the MRT Orange Line, which will link Thailand Cultural Centre to Bang Khun Non across the Chao Phraya.

“We expect the bidding to kick off in the third quarter,” he said. “We will also launch debentures worth Bt3 billion this month to repay debentures worth Bt2.5 billion that will reach maturity in October, while another Bt500 million will be used to cover operating expenses.”

He added that BEM will also hand out a million face masks to commuters on the MRT Blue and Purple lines for the next two months.

“This is part of a campaign to urge commuters to wear face masks for their own safety and for the safety of other passengers,” he added. “We will also hand out face masks to communities and education institutions across Bangkok and Nonthaburi.”