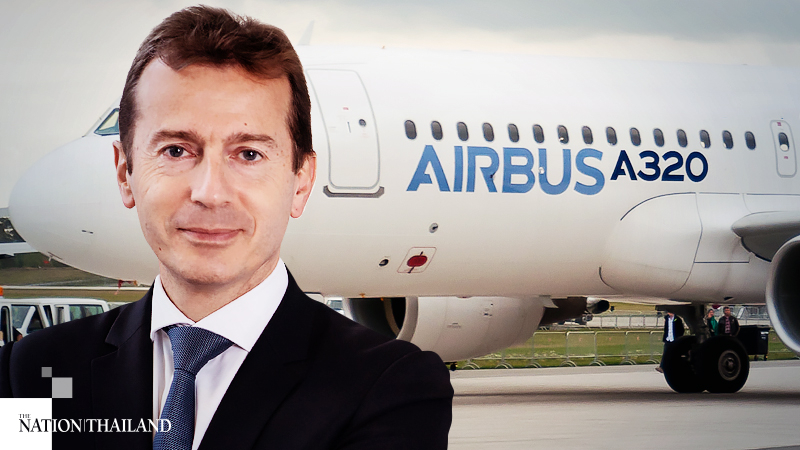 Guillaume Faury, chief executive officer of Airbus, at a news conference in Toulouse, France, on Feb. 13, 2020.

Top Airbus executives are planning to assess additional measures that may be necessary to address the impact of the coronavirus pandemic, according to people familiar with the matter.

Among the topics to be discussed at a meeting this week are production rates for the plane-maker's top-selling A320-series narrow-body jet, said the people, who asked not to be named discussing confidential deliberations.

While an adjustment wouldn't necessarily entail a rate cut, Airbus slashed output by about a third in April to cope with cratered demand from airlines that have parked planes because of the virus. At the time, the planemaker said it would aim to produce 40 of the single-aisle A320s per month, and reassess once it determined whether the recovery was "V-shaped" or "L-shaped."

Almost two months later, many airlines remain grounded and short of cash, and are racing to cut jobs as the depth of the downturn sinks in. Without a vaccine to reassure passengers, flying could remain depressed for some time, sapping aircraft demand over the medium term while carriers nurse themselves back to health.

"This year will be really difficult," said George Ferguson, an analyst with Bloomberg Intelligence. "I think an adjustment would come soon because I imagine they will be having a hard time getting airlines to take planes this quarter."

An Airbus spokesman declined to comment on speculation related to internal meetings.

The popular A320 series accounts for the bulk of Airbus's production and cash flow. The planemaker handed over only 12 of the models during April, as it juggled rolling factory closures and negotiated with customers seeking to cancel or postpone deliveries. The company is set to announce its monthly order-and-delivery totals for May this week.

"Our goal is to have completed a new stability to define a new world by June," he said on an April 29 conference call. "We will have a more granular picture; it should not change significantly compared to what we have already done, but it could change slightly."

In April, Airbus also lowered output of the advanced A350 wide-body to six a month, with the slower-selling A330 limping along at two a month, raising questions on the continued viability of the program. A ramp-up in production of a smaller narrow-body, the recently acquired A220 series, has also been slowed.

The A380 super-jumbo program, Airbus's biggest jetliner, was already scheduled to wind down over coming months. Carriers have been taking the double-decker out of service, and Bloomberg has reported that its biggest customer, Emirates Group, is seeking to cancel the final five deliveries left on its order.

Any decision to further slash production would align with Faury's plans to lower headcount as the company confronts the worst aviation downturn in its history.

Faury told senior managers in May that the European planemaker must "act fast" to eliminate jobs as it confronts the sharpest downturn ever in the aviation industry.