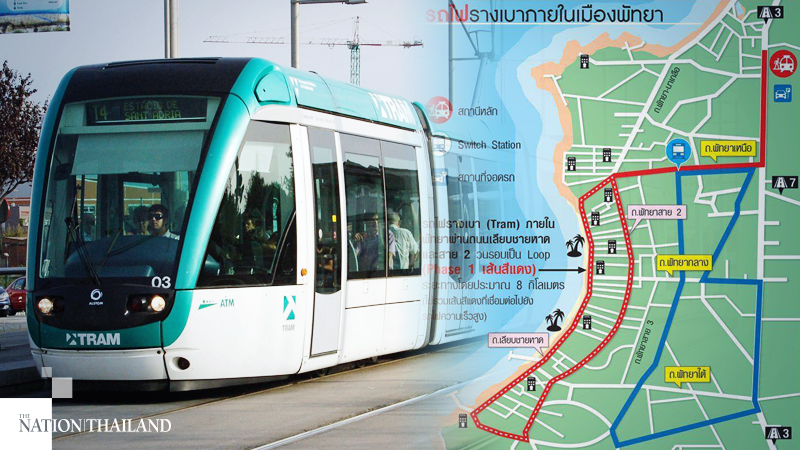 The Office of Transport and Public Policy and Planning has proposed 106 projects for the consideration of the working panel tasked with drawing up the second phase of infrastructure development in the Eastern Economic Corridor (EEC).

The Transport Ministry’s permanent secretary Chaiwat Thongkamkoon said the proposals are designed to support mega projects that will be in operation soon, such as the high-speed train network linking the country’s three main international airports.

The proposed projects for the second phased, estimated to cost Bt252 billion, will be developed between 2022 and 2027, and will also include the projects in the first phase that cannot be completed next year.

He added that the meeting had ordered related agencies to review the budget of their projects in the second phase in order to save development costs. The revision will be submitted to the EEC Policy Committee next month to seek funds.

The projects for the second phase include a tram network in Pattaya, which will be linked with the high-speed trains linking the three airports.