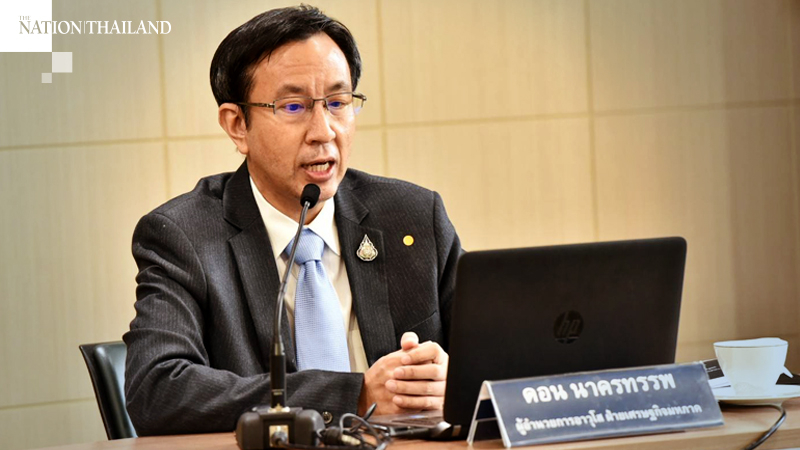 Thailand is facing a fresh threat of deflation after inflation entered negative territory for the third consecutive month, though economists hope the easing of lockdown measures leads to gradual recovery in the second half.

Inflation in May was -3.44 per cent year on year, the lowest in a decade and in the minus territory for a third month in a row.

“Technically, Thailand has entered deflation, marked by a drop in the price of goods and services, with inflation entering negative domain for three months – March -0.54 per cent, April -2.99 per cent and May -3.44 per cent,” said Pimchanok Wonkhorporn, director of the Commerce Ministry’s Trade Policy and Strategy Office.

The dropping price of oil matched with government subsidies in electricity and water have largely contributed to the negative inflation, she told the press on Thursday (June 4).

However, she said, core inflation has expanded 0.1 per cent, suggesting that the price for some goods and services (excluding food and energy items) has risen, so there should not be concerns about deflation.

Separately, Bank of Thailand (BOT) senior director Don Nakornthab said the country was not experiencing deflation from the financial market’s point of view. He said BOT follows the European central banks’ definition of deflation, which takes four conditions into account:

-    Negative inflation for a prolonged period;

-    The five-year forecast on inflation rate is significantly lower than targeted; and

He said the BOT believes inflation next year will return to positive, as the five-year forecast is 1.8 per cent, which is close to the target of between 1 and 3 per cent.

However, he warned that there is a risk of deflation if the economy experiences deep contraction coupled with a delay in recovery.

“The BOT has to closely monitor the economic situation and inflation,” he added.

Charl Kengchon, executive chairman at Kasikorn Research Centre, is optimistic that the economy will start recovering in the second half of the year.

“Thailand is unlikely to experience a lost decade like Japan did when it experienced deflation, hitting the vicious cycle of the prices of goods and services falling, consumers not spending due to loss of confidence and the economy contracting subsequently,” he said.

He added that deflation in Thailand had been caused by the drop in energy prices and the impact of the lockdown.

Economic activities are returning as lockdown restrictions are being eased, and the economy in the third and fourth quarters should expand on a quarter-to-quarter basis, he said. However, the economy will contract by 6 per cent for the entire year, though it may grow next year and return to pre-Covid crisis level in 2022.

But Amornthep Chawla, head of research at CIMB Thai Bank, was pessimistic. “We have entered deflation now as prices are also falling due to weak demand. People don’t have much money to spend,” he said.

He also warned that the public will suffer hardship once the government’s financial handouts come to an end. He added that the price of energy and other products and services may rise in the next few months, but people may not be earning enough to match that rise in cost of living.

According to CIMB’s projection, the economy will shrink sharply at 8.9 per cent this year, deeper than the contraction in 1998 during the Asian financial crisis.