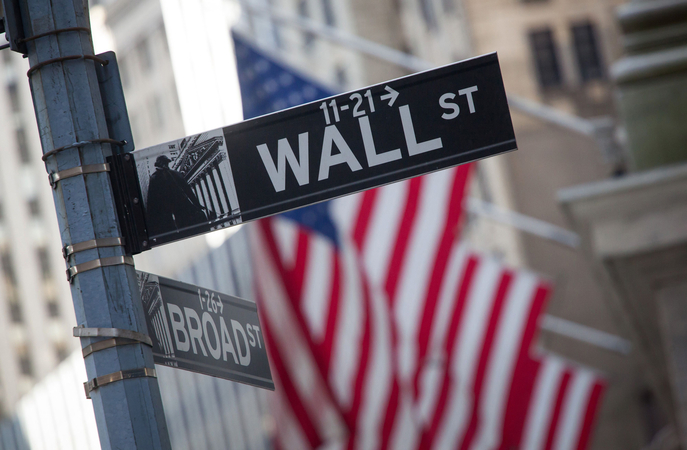 Stocks staged a bold finish on Friday, but it wasn't enough to rescue markets from their worst weekly loss since March.

The Dow Jones industrial average bounced all over Friday, rising as much as 837 points before briefly sliding into negative territory. A late-session rally pushed it 477 points, or 1.9%, higher and settle at 25,605.54. The blue chips finished the week down 6.4% and off 11% for the year.

"It was a roller coaster of a week for the stock market," said Kristina Hooper, chief global market strategist at Invesco. "The week began with stocks continuing their strong rally on excitement over reopening in the U.S."

The tech-heavy Nasdaq Composite jumped 1%, 96 points, on Friday to close at 9,588.81. The technology giants - Amazon, Facebook, Microsoft, Google-parent Alphabet and Apple - have kept Nasdaq above water for the year, elevating it 6.6%. It set three consecutive record highs this week and closed above 10,000 for the first time. The index is down 2.5% for the week. (Amazon founder and chief executive Jeff Bezos owns The Washington Post.)

The week got off to a good start on momentum from a better-than-expected jobs report days earlier. The Dow, which had peaked at 29,551 in mid-February before going on to lose nearly a third of its value within weeks, had been on a steady climb. But by Thursday there was a sense the stock market had come back too far, too fast.

A spike in covid-19 cases and a sobering economic outlook from the Federal Reserve - which predicts unemployment will still be at 9.3% by year's end - sparked a massive sell-off that sent the Standard & Poor's 500 index skidding 5.9% and the tech-heavy Nasdaq Composite tumbling 5.3%. The Dow's 1,861-point drubbing capped a three-day losing streak that erased 9% of its value.

"Stocks fell when Fed Chair Jay Powell threw cold water on optimism about a fast recovery for the American economy," Hooper said. "The sell-off then picked up speed on concerns about a resurgence in infections. By the end of the week stocks rose modestly, sensing buying opportunities and recognizing that the Fed remains extremely accommodative."

Even as much of the nation has reopened, the pandemic's grip remains strong: the country surpassed 2 million coronavirus cases on Thursday, a staggering tally that far exceeds the number of infections reported in any other country. Eleven states reached their highest seven-day rolling averages of new cases on Thursday, according to data tracked by The Washington Post, suggesting a second wave could already be in motion.

The seven-day moving average of deaths has fallen steadily from its peak in April, but it has not halted as some White House officials had predicted.

President Donald Trump and his top economic aides fanned out Thursday to try to beat back the growing concern. They assailed the Fed's projection that unemployment will remain elevated well into next year. The Trump administration also pushed back on the idea that it would allow the economy to shut down again in the face of rising cases, but Treasury Secretary Steven Mnuchin told reporters the administration is seriously considering a second round of stimulus payments.

Grim economic data poured in from around the globe this week, illustrating the depths of economic damage and indicating that the road to recovery will likely be rockier than many hoped. The United Kingdom reported its gross domestic product declined 20.4% in April - the largest drop on record; the Organization for Economic Development and Cooperation has warned the U.K. its economy will likely to be among the hardest hit, along with Spain and Italy.

Germany's industrial production took its biggest hit ever in April, prompting some economists to call it the country's worst month ever for the economy. The World Bank said the pandemic has created the biggest global recession since World War II and predicted GDP will contract 5.2% this year.

The past three months have been "a dizzying Space Mountain-like roller coaster for investors," Wedbush Securities tech analyst Dan Ives said in comments emailed to The Post. "Yet, the stock market has come roaring back in a V shaped recovery."

Consumer confidence also improved in May as many Americans got back to work, according to the survey results released Friday by the University of Michigan.

"The economy won't come back on its own with just consumers emerging from the country's three-month coronavirus pandemic lockdown," Chris Rupkey, chief financial economist, wrote Friday in comments email to The Post. "The hope is that business confidence will return as well and investment spending will rebound to help power the economy forward once companies see that the consumer is back and is buying the goods and services they offer."

Oil prices saw their worst week in two months, with prices dropping on a report from the U.S. Energy Information Administration that demand may be slowing. Brent crude, the international benchmark, closed at $38.98 per barrel on Friday. West Texas Intermediate futures sold at $36.48.