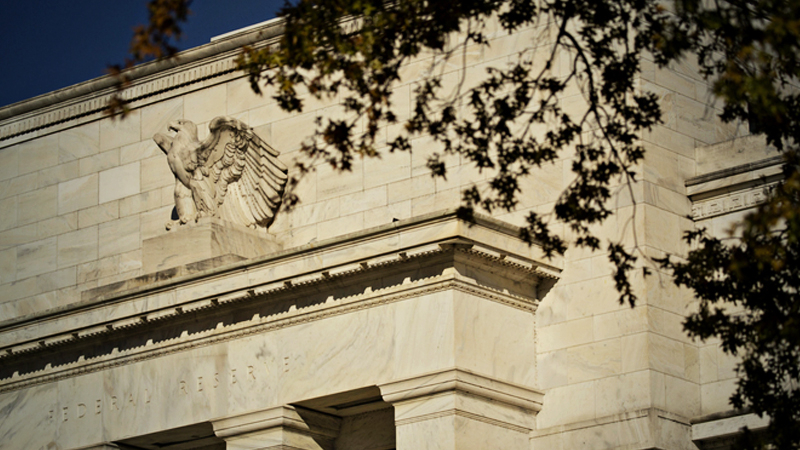 Top Federal Reserve officials on Monday urged Congress to spend more as the nation emerges from the global health crisis.

The calls came the same day that the Fed launched a new lending program for small and midsized firms and announced plans to start buying the bonds of big companies on Tuesday, news that triggered a stock market rally on Wall Street.

The U.S. government can borrow money at a historically cheap rate right now after the Fed cut interest rates to zero in March and signaled low rates are likely to remain in place through 2022. San Francisco Fed President Mary Daly was one of several top officials who called on Congress to invest soon in education, health care and digital infrastructure to create a stronger - and more inclusive - U.S. economy for years to come.

"We can't wait 10 years for an economic recovery to reach everyone," Daly said at a National Press Club event. "Inclusive growth is faster growth - and it will pay for itself in the long run."

Fed leaders are making two big asks from Congress: First, to be prepared to deliver more emergency aid this summer if there's a second wave of coronavirus cases and deaths. And second, to make long-term investments that can help the nation grow faster after the covid-19 threat passes.

"If we are going to get to the other side of this crisis, we have to be thinking about the longer-term changes that will enable our economy to recover - and give more people a shot at participating when it does," wrote Richmond Fed President Thomas Barkin in a blog post Monday.

Barkin called for more spending on community colleges, digital workforce training, child care and elderly care to make it easier for the 21 million people currently out of work to find jobs again. The job losses have been the most severe for low-income black and Hispanic Americans, especially women who are the most likely to hold many of the restaurant, retail and hospitality jobs that were impacted by shelter-in-place orders.

The U.S. economy is facing its worst crisis since the Great Depression, and many workers may not return to the jobs they had before the pandemic. Meanwhile, the Fed has been criticized for rushing to aid Wall Street and large companies. Fed Chair Jerome Powell has pushed back, arguing the jobs losses and permanent business closures would likely have been worse without the Fed's aggressive action.

Powell and other top Fed officials have also said the central bank's tools are best suited to boosting the overall economy and stabilizing markets. They say Congress has to play a role in making a more equitable economy and ensuring black and Hispanic workers are not permanently scarred by this crisis.

"The fastest-growing demographics in this country are blacks and Hispanics. If they don't grow equally then we're going to grow more slowly," said Dallas Fed President Robert Kaplan in an interview Sunday on CBS News' "Face the Nation." Kaplan added, "Fiscal policy is going to be critical from here."

The central bank has pumped close to $3 trillion into markets since mid-March and slashing interest rates to zero helped provide financial lifelines to businesses, families and state and local governments.

Wall Street investors have noticed just how quick the Fed has been to step in and calm markets. On Monday, the Fed said it will start buying a wide range of corporate bonds, even of big companies that aren't asking for aid. While the Fed also launched its loan program for companies with fewer than 15,000 employees, those smaller firms have to go to a bank and apply for the relief, a distinct difference to the central bank's latest lifeline for larger companies.

"This is yet another sign that the Fed is going to do everything under their power to help liquidity. Worries of a second wave? No worries, the Fed is here," Ryan Detrick, senior markets strategy for LPL Financial, told clients.

Stocks started Monday in the red but ended the day higher with the Dow Jones industrial average up 158 points, largely due to the Fed announcement that corporate bond buying would begin Tuesday and encompass a wider range of companies than initially expected. This is the first time America's central bank is buying corporate bonds.

"There is no red line this Fed will not cross," tweeted Sven Henrich, a Fed critic and founder of the blog Northman Trader

House Speaker Nancy Pelosi, D-Calif., told reporters in March that Powell had told her "interest rates are low, think big." What exactly that big step looks like is under debate in Congress and the White House.

While some have suggested spending on infrastructure projects like roads and bridges, many Fed leaders are pushing for investments in education and social services.

"If you're a white American, your chances of being college educated are far greater than a black American or Hispanic. Just equalizing that would boost our output growth in a way that is material," Daly said Monday.

As protests over racial injustice sweep the nation, Fed leaders have made the case that the nation must focus on ensuring equal opportunities for all in order for the economy to reach its full potential.

Bostic is the first and only African American to lead one of the 12 regional Fed banks.

"By limiting economic and educational opportunities for a large number of Americans, institutionalized racism constrains this country's economic potential," he wrote. "The economic contributions of these Americans, in the form of work product and innovation, will be less than they otherwise could have been."

The stock market rebounded Monday afternoon to erase its sharp slide at the opening bell, with investors upbeat after the Federal Reserve announced it would buy individual corporate bonds.

The rally came after investors expressed initial concern that the coronavirus pandemic could be picking up in numerous states.

The Dow Jones industrial average started with a loss of about 500 points, or 2%, shortly after it opened at 9:30 a.m. Eastern time. But it had recovered those losses early afternoon and, after the Fed's announcement, closed up 158 points, or 0.6%. The Nasdaq closed up 1.4%.

The rally was sparked by the Fed's afternoon announcement, in which it said it would "begin buying a broad and diversified portfolio of corporate bonds to support market liquidity and the availability of credit for large employers."

Previously, the U.S. central bank had only been purchasing corporate bonds that were part of exchange-traded funds.

Corporate bonds are corporate debt, and the Fed's decision to pump money into this area is another way for it to help give companies more access to cash. But it could also open the Fed up to criticism that it is playing a role in picking winners and losers in the economy based on which firms it selects and which firms it opts against selecting.

Shortly after the market opened, the sell-off initially hit travel-company stocks hard, but by the afternoon the stocks had come back.

American Airlines Group initially dropped nearly 5%, but jumped back to less than one percentage point in the red by the time the market closed. Norwegian Cruise Line Holdings slid about 8% before jumping back to be down about 2.5% by 4 p.m., and United Airlines Holdings dropped about 7.2% before rising to finish the day down about 1.6%.

These companies' shares have been particularly volatile during the coronavirus pandemic because many people have hesitated to make travel plans when conditions remain uncertain.

The downturn continued last week's slide, which was the sharpest plummet since mid-March, prompted by the health and economic crises, despite a hopeful Friday rebound.

As of Monday, at least 114,000 people had died in the United States from covid-19, the disease caused by the novel coronavirus, in every state since February. At least 2 million cases have been reported. Public health officials fear new surges after large Memorial Day crowds and protests in cities across the U.S. and states launch reopenings.

"Wall Street's bumpy road continues as investors continue to grapple with concerns that China is showing signs that a second wave of the pandemic is here and as a spike in new cases in the US could suggest many states could rollback their reopenings," Edward Moya, an analyst with OANDA, wrote in an email to The Washington Post on Monday. "The stock market rebound will now go through a ton of scrutiny because the U.S. economy was supposed to have a short stint in the ICU and be well into the rehab process by now."

The Federal Reserve has predicted a slow recovery for the economy, with unemployment at 9.3% by the end of 2020. It has taken a number of extraordinary steps to help companies navigate the crisis, lowering interest rates and attempting to flood financial markets with cash.

"The problem for the economy is that the labor market will not bounce back as quickly as financial markets have initially provided," Moya said. "The Fed is doing their part, but partisan politics have delayed the next fiscal response till after July 22nd, and that will erode at confidence."