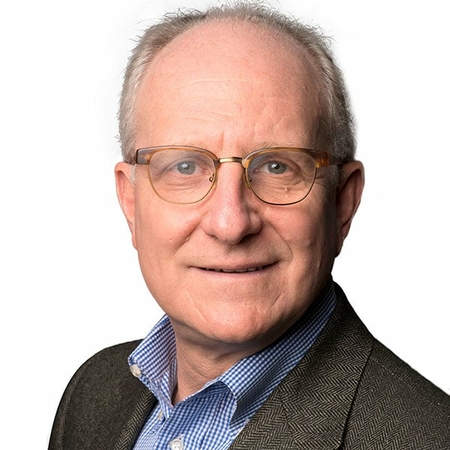 On Monday, the Federal Reserve announced it was expanding its program to get more credit into the hands of large corporations by buying a broad cross-section of investment-grade bonds, part of its pledge to inject $4 trillion into the global financial system to lessen the blow of a pandemic-induced recession.

Why, exactly, the Fed feels it necessary to inject more dollars into the corporate credit market is hard to fathom. The interest rate at which investment-grade companies can borrow on the bond market is now below 4%, about as low as anyone can remember. And the pace of bond issuance so far this year, at over $1.2 trillion, has been double that of last year's torrid pace. Indeed, there's so much capital sloshing around that investors are lining up to lend money to companies such as Boeing and Macy's and the cruise-line operator Carnival, although these companies' revenue has plummeted with along revenue in much of the travel and retail sectors. And this flurry of borrowing and lending comes despite warnings from Standard & Poor's that the number of companies facing a downgrade in its credit ratings is at an all-time high.

The best explanation for this confidence is the widespread belief on Wall Street that the Fed will do "whatever it takes" - that is, print money to buy as many bonds as necessary - to keep credit flowing to the business sector, no matter the risk. By placing a floor under bond prices, the Fed makes it possible for over-indebted, sales-starved companies to borrow even more to cover operating losses, or refinance existing loans, allowing them to avoid, or at least delay, the day when they cannot pay their bills.

It's not just creditors, however, who benefit from the Fed's bond buying - by shielding shareholders from the risk of being wiped out through bankruptcy, their shares are also worth more. And it is that, more than the prospect of a quick recovery or the day-trading of individual investors, that has allowed what had been an overpriced stock market to regain almost all that it lost during the scary early days of the pandemic, despite an unemployment rate that is expected to remain close to double digits for the rest of the year. Things have become so crazy that Hertz stock, which should have become worthless when the company filed for bankruptcy last month, was trading at $6 a share at one point last week. The company has since announced plans to raise $1 billion to pay creditors by issuing new stock.

It is worth noting that, other than the airlines, very few big companies have taken advantage of the $500 billion that Congress allocated for rescue loans from the Treasury. And why would they? At the insistence of Democrats, those Treasury loans come with all sorts of conditions limiting executive pay, requiring that employees not be laid off and prohibiting the use of the money to pay dividends and buy back stock. By promising to inject hundreds of billions of dollars into private credit markets, however, the Fed has given companies access to credit without those nettlesome restrictions.

Back in March, with stock prices plunging and credit markets frozen, there was good reason for the Fed to promise to provide whatever it took to ensure that otherwise-sound businesses could get the credit they needed to get them through the pandemic. But with credit markets operating smoothly, the Fed now has no mandate to reflate the credit and stock bubbles that existed before the crisis, in the process propping up zombie companies and forestalling the long-overdue restructuring of industries with too much capacity and companies with too much debt.

That may not have been the Fed's intent, but it is how things have worked out. At this point, putting even more liquidity into credit markets already awash in it is does very little to accelerate the economic recovery. What it does do, however, is hand an undeserved and unseemly windfall to corporate executives, bankers, hedge fund managers and Wall Street investors.

Ever since the chairmanship of Alan Greenspan, the Fed has been playing a cute game when it comes to characterizing its relationship to financial markets.

When the markets are buoyant, Fed officials claim that central bankers should never second-guess markets by declaring that there are financial bubbles that might need to be deflated. Markets on their own, they assure, will correct whatever excesses may develop.

But when bubbles burst or markets spiral downward, the Fed suddenly comes around to the idea that markets aren't so rational and self-correcting and that it is the Fed's job to second-guess them by lending copiously when nobody else will.

In essence, the Fed has adopted a strategy that works like a one-way ratchet, providing a floor for stock and bond prices but never a ceiling. The result in part has been a series of financial crises, each requiring a bigger bailout than the last. But when the storm finally passes and it's time to begin sopping up all that emergency credit, the Fed inevitably caves in to pressure from Wall Street, the White House, business leaders and unions and conjures up some rationalization for keeping the party going.

Testifying Tuesday before the Senate Banking Committee, Fed Chair Jerome Powell was pressed on that very point by Sen. Pat Toomey, R-Pa., who asked why the Fed was continuing to intervene in credit markets that are working just fine.

"If market functioning continues to improve, then we're happy to slow or even stop the purchases," Powell replied, never mentioning the possibility of selling off the bonds already bought.

What Powell knows better than anyone is that the moment the Fed makes any such announcement, it will trigger a sharp sell-off by investors who have become addicted to monetary stimulus. And at this point, with so much other economic uncertainty, the Fed seems to feel it needs the support of markets as much as the markets need the Fed.

Steven Pearlstein, a Washington Post economics columnist and the Robinson professor of public affairs at George Mason University, is the author of “Moral Capitalism.”