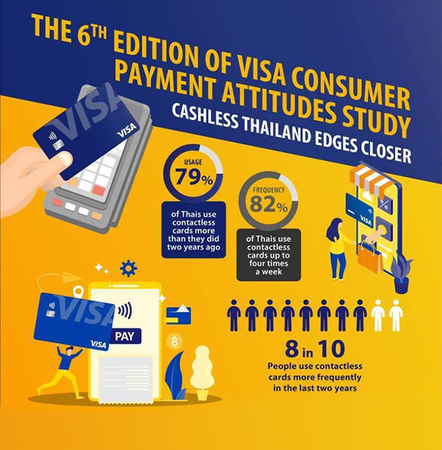 Almost eight in 10 Thais (79 per cent) are using contactless payments more often than they did two years ago, according to a study released by Visa on Thursday (June 18).

The study, which tracks consumer payments habits across Southeast Asia, also revealed three in four Thai respondents who are not using contactless payments today, are interested in doing so in the future. 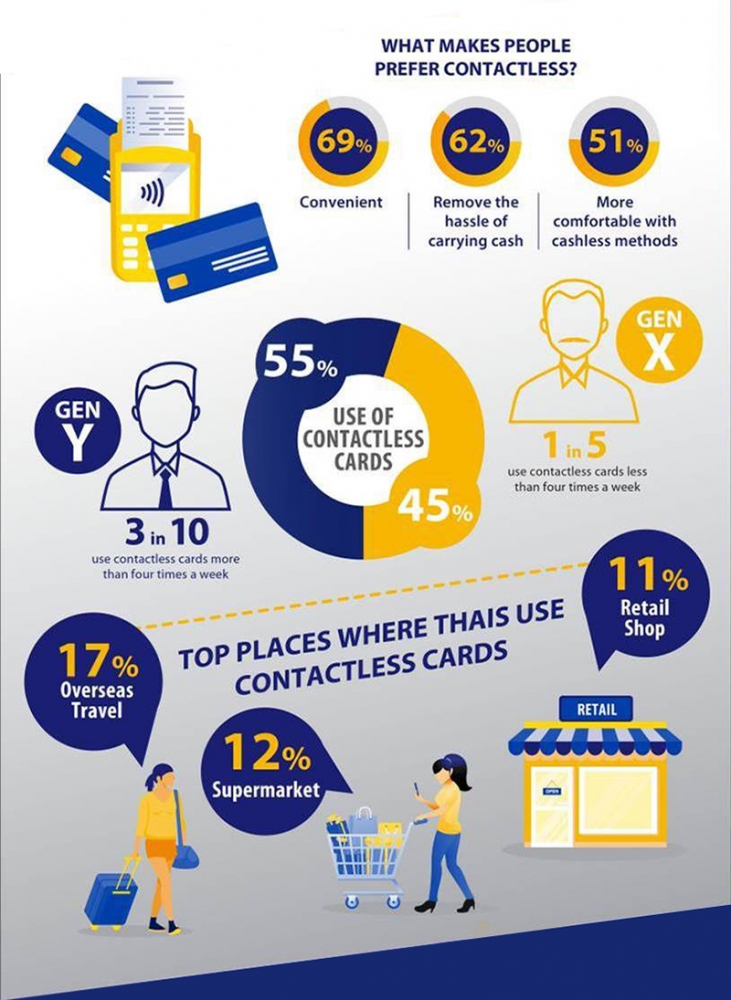 Suripong Tantiyanon, country manager for Visa Thailand, said: “It is heartening to see Thai consumers embracing new payment technologies, especially the use of contactless cards for payments. The shift in behaviour and the rise in confidence can be attributed to an industry effort to educate the general public on the benefits of contactless and an increase acceptance points. Contactless payments are still in the early stages of adoption in Thailand, but we are optimistic for their growth due to the speed, convenience, security and global acceptance.” 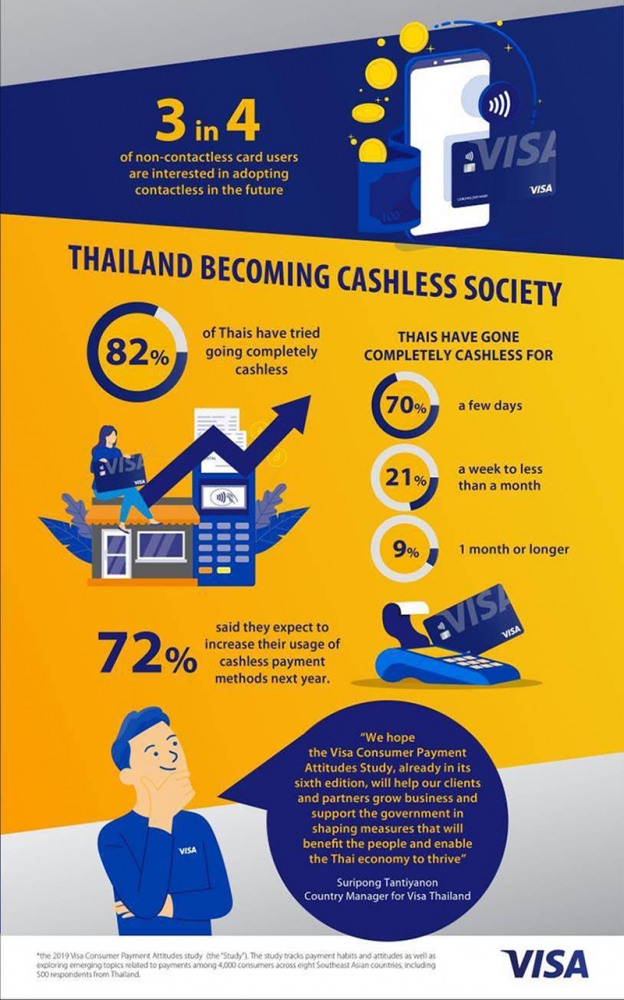 Top reasons consumers cited for adopting contactless payments are: not needing to carry cash (68 per cent), innovative way to pay (58 per cent), and faster payment (55 per cent).

On frequency of contactless payments, 82 per cent of respondents said they used cards at least once a week.

Top places for contactless card payments were overseas destinations (17 per cent), supermarkets (12 per cent), and retail shops (11 per cent).

The study also delved into demographics: While Gen Y is more likely to use contactless cards (55 per cent), use among older Gen X users was significant (45 per cent). The younger generation uses contactless payments more frequently, with three in 10 making payments more than four times a week, while only one in five Gen X users will make the same number of payments.

State of the Nation: Cashless Society

Based on the findings, over two in five respondents (43 per cent) said they carry less cash now than they did two years ago.