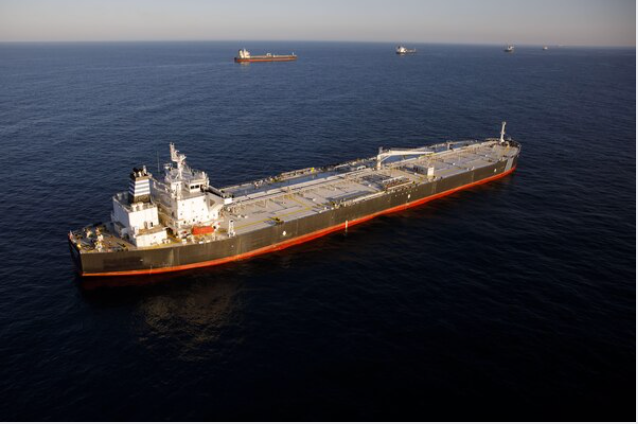 Oil tankers are seen anchored in the Pacific Ocean above Long Beach, Calif., on May 1, 2020. MUST CREDIT: Bloomberg photo by Patrick T. Fallon.

Oil eclipsed $40 a barrel in New York on Friday, extending a slow but relentless rise that's been fueled by a pick-up in demand and could signal a reawakening for U.S. shale production.

The rally allows the industry some breathing room on its high debt burden, giving confidence to lenders and investors as U.S. shale seeks to rebuild after the worst price collapse in a generation. But with producers planning to turn on the taps once again, it could also be short-lived.

"To a certain degree producers will come back," said Bob Yawger, director of the futures division at Mizuho Securities USA. "It's not the sweet spot by any stretch of the imagination," he added, but "people will come back."

U.S. producer Continental Resources Inc. said this week it will start bringing back some of its shut-in oil production next month following EOG Resources Inc.'s pledge to accelerate output in the second half of the year.

West Texas Intermediate crude prices for 2021 have traded above $40 for much of this week, a level that could entice producers to hedge their output.

OPEC's deal with allies including Russia to curb production has also helped spur the price recovery. Even OPEC's habitual quota cheat, Iraq, said it will implement its cuts in full this month. UBS Group AG said it expects an under-supplied market in the second half of this year and in 2021.

OPEC+ is "on the right track" to re-balance the global oil market but still has "a long way to go," Prince Abdulaziz bin Salman said on Thursday at the group's Joint Ministerial Monitoring Committee. He said the next two weeks will be "critical" for OPEC+ to demonstrate all countries are adhering to the cuts.

Meanwhile, U.S. oil production has a ways to go to regain the momentum it had earlier this year when output topped 13 million barrels a day. Data from the Energy Information Administration this week showed output declined for an eleventh straight week to just above 10 million barrels a day last week.

Though the outlook for crude has brightened in recent days, a potential resurgence of the virus is clouding the long-term outlook. Traffic in Beijing has plunged as authorities battle a fresh outbreak, while some U.S. states are still seeing cases surge.

Crude also got a boost Friday from equity markets in Europe and the U.S., which gained following the latest breakthrough in trade negotiations between America and China and stimulus talks in Europe. Crude has been embroiled in equity-market sentiment for much of this week.