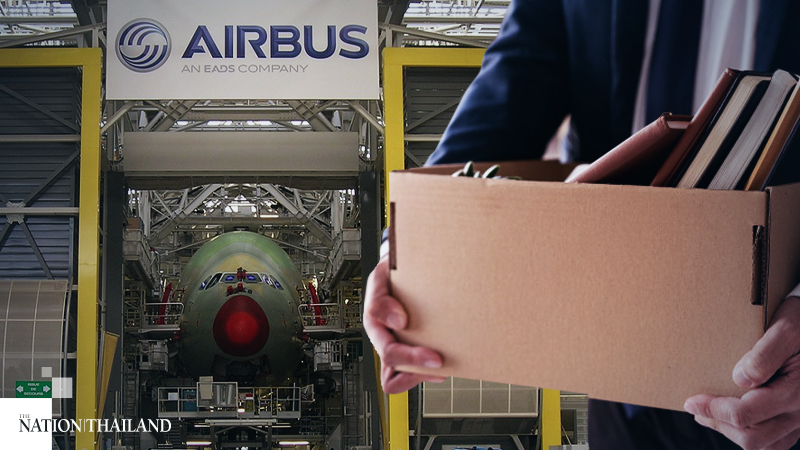 Airbus plans to pursue voluntary job cuts before seeking forced reductions, as it aims to bring down costs without inciting a political uproar in France and Germany, according to people familiar with the matter.

The European planemaker will mandate redundancies only as a last resort after looking at voluntary layoffs and early retirement across its manufacturing operations, said the people, who asked not to be named because deliberations are ongoing. The total is likely to range between 12,000 and 16,000 employees, estimates George Ferguson, a Bloomberg Intelligence analyst.

Caught in a demand downturn that could last as long as five years, Airbus must scale back quickly to stop cash outflows and regain its financial balance by year-end, Chief Executive Officer Guillaume Faury warned in his latest letter to staff, seen by Bloomberg.

The magnitude of the crisis calls for "heart-wrenching decisions," Faury said. "What this means in reality is a necessary downsizing of our business."

Airbus has raised liquidity, slashed production and put factory workers on rolling furloughs since the coronavirus spread across the globe earlier this year. The Toulouse, France-based company has yet to put in place a plan for permanent job cuts.

It would be a first for a company that has only grown for decades, and the task is complicated by political sensitivities in its home countries of France and Germany, which have committed massive amounts of virus-response aid to aerospace and major airlines like Air France-KLM and Deutsche Lufthansa AG that are big customers.

"We're striving as a management team to find the right balance," Faury said.

The letter, following a communication in late April that struck a similar tone, is part of constant dialog with employees, said Stefan Schaffrath, a spokesman for Airbus in Toulouse. He declined to discuss specifics.

The company expects to give more detailed guidance to employees by the end of July, Faury said in the letter, reported earlier by La Tribune.

France and Germany are Airbus's biggest shareholders, and political pressure in those two countries -- along with the potential for labor unrest -- will factor into Airbus's decisions. French Finance Minister Bruno Le Maire has already said that forced staff reductions are a "red line" at Air France, which will make it tougher for the airline to regain its financial footing.

At Airbus, "I would expect cuts to be similar to the drop in build rates, so would expect they need to cut close to 30% to maintain profitability," Ferguson said. "But that will be politically untenable and they will look to the need for more workers as the market recovers, and probably land closer to 15-20%."

Airbus has also taken advantage of government-subsidized furlough programs across Europe, buying time with temporary measures that were recently extended in the U.K. and Spain.

In the letter, Faury warned staff that air traffic is unlikely to reach 2019 levels before 2023 at the earliest and potentially not until 2025. "After decades of growth, this comes as a significant shock," he said.

The significance of the drop underscores the additional challenge, of keeping Airbus's supplier network healthy for the downturn.

The 40% cut in output announced in April -- a measure based on the labor that goes into making a single-aisle plane -- so far "seems to be enough," Faury said. He warned, however, that if air traffic recovers more slowly than expected in the second half of the year or next year, the company could be forced to cut production even further, "pushing down output to perilously low levels."

Airbus had almost 81,000 workers in its commercial aerospace division at the end of 2019, the unit hardest-hit by the downturn.

"No company can cut headcount in line with output," said Richard Aboulafia, an analyst at Teal Group. "It's further complicated by the fact that Airbus has no experience dealing with downturns, they've only been moving up for over 30 years."