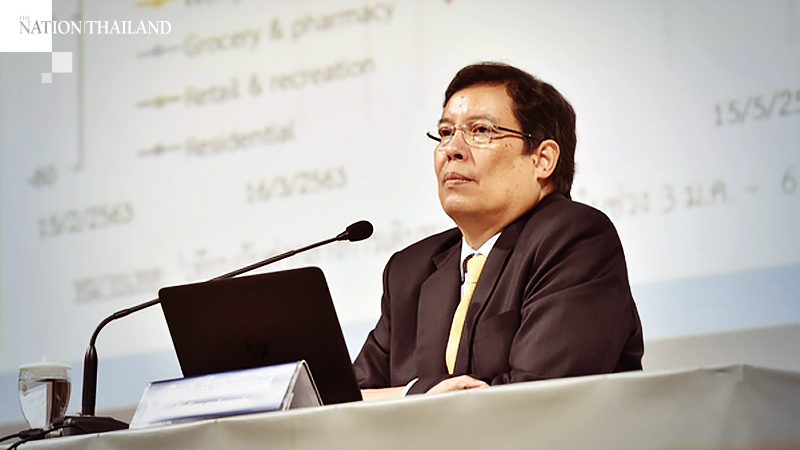 Thailand’s economy this year will contract 8.1 per cent, its worst point ever, because the Covid-19 crisis has had a greater impact on both the Kingdom’s and global economy, says the Bank of Thailand (BOT).

The central bank on Wednesday (June 24) revised downward its economic growth forecast to 8.1 per cent contraction from minus 5.3 per cent it previously forecast due to the Covid-19 fallout having a greater impact that expected, said Titanun Malikamas, secretary to BOT’s Monetary Policy Committee (MPC).

In a meeting on Wednesday, the MPC decided to leave the key policy rate unchanged at 0.5 per cent as expected.

Titanun said that Thailand’s exports and tourism in particular will be hit harder than previously estimated.

The MPC also revised downward its GDP projection for 2021 to 3 per cent from 5 per cent growth it forecast earlier.

This year, exports are expected to contract 10.3 per cent compared to a previous estimate of an 8.8 per cent shrinkage as the global economy has also been hit hard by the crisis, he said. Imports, meanwhile, are expected to fall 16.2 per cent from 15 per cent.

Private consumption will contract 3.6 per cent from 1.5 per cent, private investment will plunge 13 per cent from 4.3 per cent, while headline inflation will fall to minus 1.7 per cent from minus 1 per cent forecast earlier. The price of crude oil is currently averaging at $35.1 a barrel.

Thailand this year will only see 8 million foreign tourists from the previously estimated 15 million, compared to 40 million last year. More tourists are expected to arrive in the latter half of 2021, on the assumption that Covid-19 vaccine is widely available.

“The central bank has not yet taken into account the possibility of a second wave of Covid-19. If that happens, there is a high risk of further downward projection,” he said, adding that a loosening of the monetary policy since early this year and the government’s fiscal expansion should help the economy to some extent.

Don Nakornthab, a senior director at BOT, said the 8.1 per cent contraction this year is the deepest in history. Even during the 1997 financial crisis, the economy contracted 7.6 per cent.

“Economic contraction in the second quarter may hit double digits, before the economy starts to recover slowly,” Don said.

As for financial stability, it has become more fragile in line with the falling economy. Banks are leading more to big businesses, as they are switching from issuing debentures to taking loans. However, loans to small- and medium-sized businesses and individuals has slowed down. Hence, he said, the MPC has to make sure affected businesses and households have access to loans.

The baht, which usually has the tendency to be weaker than major foreign currencies, is strengthening because the US dollar is weakening. Meanwhile central banks across the world have implemented quantitative easing (QE) measures, which are bound to encourage large and volatile flows of capital, especially in Thailand. The central bank will closely monitor this and take necessary action where the exchange rate is concerned, as a strong baht will further hurt the export market, he said.