At a meeting held to discuss economic stimulus measures with the Energy Ministry, Deputy Prime Minister Somkid Jatusripitak came up with an “energy to create Thailand” policy for state enterprises such as PTT and the Electricity Generating Authority of Thailand (Egat) to follow.

Somkid said that since there is a global slowdown due to Covid-19, PTT should adjust its approach and accelerate investment this year and the next, as well as make sure it does not miss the target. PTT should also find new sources to boost employment through options like connecting agriculture and tourism.

Meanwhile, he said, Egat is a strong organisation and has made sacrifices this year by reducing the cost of power. However, Somkid said, Egat needs to come up with ways of looking after the unemployed and further reducing the cost of electricity, natural gas, NGV and LPG. He also said that the Energy Ministry should work with the Transport Ministry to make public buses cheaper.

Meanwhile, Energy Minister Sonti Sontijirawong said his plans focus on reducing the cost of living and creating revenue for people amid the Covid-19 fallout. 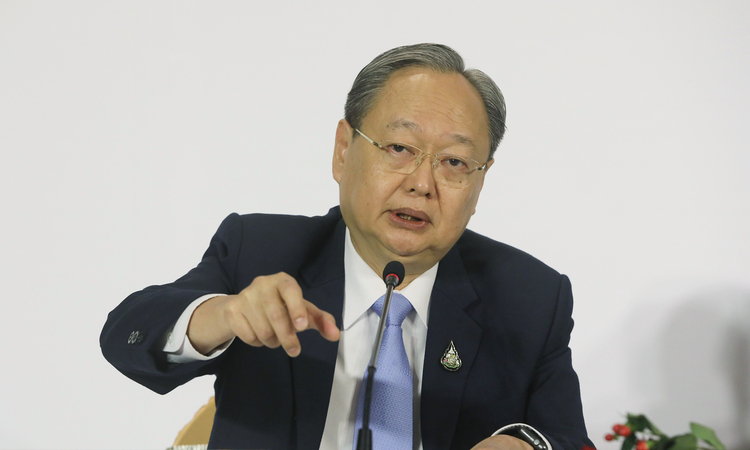 The ministry has divided its stimulus measures as follows:

• Spending more than Bt40.5 billion to ease people’s burden by reducing household electricity bills, keep household gas (LPG) affordable until September (extending this subsidy to December is being considered) and providing NGV support for public vehicles until the end of July among others.

• Expediting the investment of more than Bt200 billion this year to create more than 10,000 jobs. The ministry will also launch a new round of exploration and production this year, as well as invest in modernising the grid to help Thailand become an LNG hub and study the possibility of connecting the grid to neighbouring countries.

• Spending more than Bt30 billion to stimulate the economy in post-Covid era by generating revenue for companies and creating more than 8,000 jobs. Egat will stimulate trade through online markets, communities, power plants and trips to dams and reservoirs nationwide. PTT, meanwhile, will create a Living Community Marketplace, promote domestic travel by launching a “Blue Card” and stimulate the economy through funds to promote energy conservation. There are also plans to expand power transmission lines to divert the river to the Bhumibol Dam, which should also help ease drought conditions.

Sonthirat said his ministry is planning to invest in a 700-megawatt community-based project to boost grassroots economy and expects a Cabinet approval on June 30. The ministry will then open bid for a “Quick Win” programme for 100MW from July 1, announce winners by mid-August, and start construction at the beginning of next year.

As for the 600MW general community-based power plant, it should be open for registration between October and December. This power plant is expected to create more than 10,000 jobs.