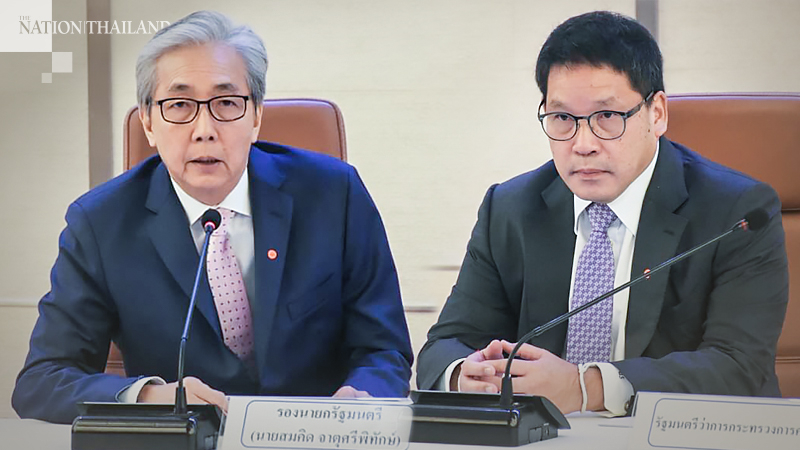 In a meeting with the public-private partnership (PPP) committee on Friday (June 26), Deputy Prime Minister Somkid Jatusripitak called on state enterprises to take action after PPP projects worth a combined Bt1.09 trillion have stalled due to the Covid-19 outbreak.

He said a little delay is acceptable, but projects should not be postponed by a year. Several PPP investment projects have not been able to get off the ground for six to 10 months.

Somkid also said he had met with executives of PTT and the Electricity Generating Authority of Thailand on Thursday and asked them to speed up their investment by bringing next year’s projects forward. The investment should also focus on creating more jobs, he said.

His statement reflects concerns about rising unemployment due virus-induced business shutdowns and sharp economic contraction. The Bank of Thailand recently predicted that the Thai economy this year will shrink 8.1 per cent, the worst ever recorded in history.

He said that PPP investments should not just concentrate on infrastructure projects, but should also cover social projects, services, medical services, education, public health, tourism and agricultural projects. He also asked the Board of Investment (BOI) to offer more incentives so these projects can lure private investors.

Meanwhile, Finance Minister Uttama Savanayana said the Covid-19 pandemic was the main cause for the delays, adding that the plan was to always push for domestic investment in order to boost the economy amid export contraction.

Prapas Kong-led, director general of the State Enterprise Policy Office, said up to 90 PPP projects are in the pipeline worth Bt1.09 trillion.

He said 18 of these projects worth a combined Bt472 billion were on the priority list, and of them, 10 had been delayed by the impact of Covid-19.

Separately, the PPP committee on Friday approved rules and regulations for PPP projects worth less than Bt5 billion, which is expected to facilitate more investment cooperation between the public and private sectors.