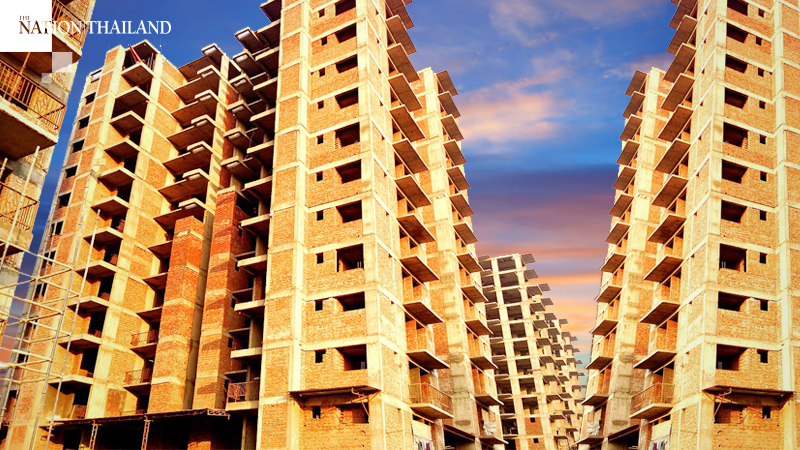 Finance Minister Uttama Savanayana said he is not worried about the Covid-19 crisis pushing up the number of bad debts, while stock analysts are predicting that asset management companies will benefit from banks’ anticipated rise in bad debts.

The minister said he was not concerned about the potential of rising bad debts from Covid-19 crisis leading to financial instability because the central bank and commercial banks had experience in containing this problem.

“Though we are facing a crisis, our financial institutions are strong and once there is an economic turnaround, things will return to normal again,” Uttama said after meeting with central bank governor and bankers on Monday (June 29).

“We are not complacent, and the government has been providing financial support to businesses. We are also discussing extra measures to help businesses expand in the post-Covid era.”

Predee Daochai, Kasikornbank president, said the Covid-19 crisis has generated uncertainty in the banking business, because banks still cannot predict the volume of bad debts because the Covid-19 pandemic has not ended yet.

Kasikornbank has been boosting its reserves against risk asset and making capital plans for the next one to three years it is required to do so by the central bank. Kasikornbank is also conducting a stress test as it has done in the past, and so far, it has not seen any problems, he said.

Average BIS capital adequacy ratio of Thai banks is 18.7 per cent compared to the minimum requirement of 8.5 per cent.

Paying Srivanich, Krungthai Bank’s president, said his bank has also conducted a stress test in preparation to cope with the impact of the crisis. He said his bank has been closely monitoring the situation to see what happens when the government financial aid comes to a halt at the end of the year. “Small and mid-sized businesses may be relatively strong now, but they may weaken once the financial aid comes to an end,” he noted, adding that the government may need to provide more funds to support SMEs.

The share prices of three major asset-management companies have risen as investors expect them to benefit from banks’ bad debts, which are expected to soar as a result of Covid-19 fallout.

The shares of Bangkok Commercial Asset Management (BAM) rose 33.70 per cent on June 26 from  last year, while JMT Network Services’ share price rose 13 per cent, while that of Chayo Group rose 11.11 per cent.

Based on the first-quarter performance, JMT made profits worth Bt206.81 million, up 43 per cent, Chayo earned a profit of Bt36.99 million up 34.6 per cent, while BAM’s profit was Bt698.82 per cent, down 78.5 per cent largely because it had received a large chunk of debt payment from a client the year before.

Looking ahead for asset management companies, Korakot Sawetkruttamat, deputy managing director at Kasikorn Securities, believes banks’ non-performing loans (NPLs) will rise considerably in the fourth quarter of this year. Hence, he said, that would be the best time for asset management firms to buy up bad debts.

BAM reckons it will spend Bt10 billion to Bt12 billion on bad debts, while JMT is eyeing purchases of Bt4.4 billion and Bt4.5 billion and Chayo Bt1 billion.

The three companies are expected to beat their targets or buy bad debts with a combined worth of Bt17.5 billion, taking into account the fact that businesses with combined debts worth Bt6.8 trillion have been seeking government financial aid.

Investing in these companies will be relatively safe if investors want to commit long-term and hope to gain from their profits later.

Rising bad debts combined with contraction in the economy will benefit asset companies, unless the situation worsens. However, their short-term performance in the next few quarters is not bright as the government has implemented measures that allow debtors to temporarily suspend debt repayment.

Analysts at Capital Nomura Securities are also predicting that asset companies will benefit from bad debts becoming cheaper during the Covid-19 crisis and get good returns once the economy recovers.

BAM has an advantage as it is in the basket of FTSE SET Mid Cap Index as well as the MSCI Index, and can grab the interest of foreign investors, Nomura analysts said.