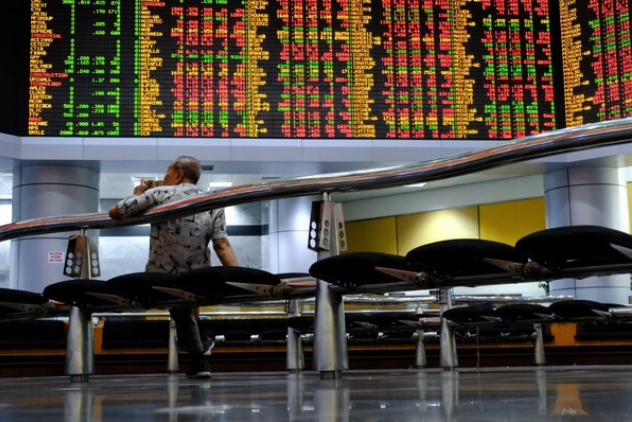 A man looks at stock prices displayed in the trading gallery of the RHB Investment Bank headquarters in Kuala Lumpur, Malaysia. MUST CREDIT: Bloomberg photo by Samsul Said

When the coronavirus pandemic sent shares plunging, you didn't have to be a professional investor to spot a buying opportunity. In fact, it might be better if you weren't.

The can't-miss rise of equity markets around Asia is fueling the explosion of interest among retail investors in the region, mirroring their exuberance worldwide. Millions of investors who had never so much as opened a trading account before have been piling into the market.

Just as the pandemic led bored Americans to make the Robinhood investing app a household name, it's the amateurs who have helped to lift equities from India to Thailand despite some of the worst macroeconomic fundamentals in memory. But it's also giving professionals pause - what happens when these investors are no longer around?

"If everyone is going into the same name and something happens, those names are likely to be sold off quite aggressively," said Catherine Yeung, Fidelity International's investment director. "I think we just need to be wary that market seems a bit complacent at the moment."

In Japan, the Tokyo Stock Exchange Mothers Index, which hosts many tech start-up listings, has soared throughout the pandemic: buying the dip on almost any small-cap stock would make money. All but seven of the 320 companies on the board have gained since April's start, from vaccine hopeful AnGes Inc., up 228%, to Precision System Science Co., which is developing a virus test and has added more than 509%.

"If there's a report on TV about a coronavirus-related stock that's going up, they can just buy it the next day and make profit," said Naoki Murakami, a longtime Japanese day trader. He points to "simple" bets by amateur investors on stocks such as AnGes or Avigan maker Fujifilm Holdings Corp.

In the U.S., Robinhood and the Reddit forum called r/wallstreetbets have become a dominant force in the market, boosting everything from the stocks of bankrupt companies such as Hertz Global Holdings Inc. to revenue-less start-ups like truck maker Nikola Corp. That pattern has been repeated in Europe with brokerages in Germany, the U.K. and France all reporting a jump in participation by individual investors, fueled by a fear of missing out.

And while the names may be less familiar, the same picture appears across countries in Asia that imposed lockdowns.

Retail investors supported Singapore's exit from bear market territory. Dividends in the city-state are a draw, "and they are sitting at home, they have nothing to do," said Aik Hong Ng, deputy head of Phillip Investor Centre, a unit of Phillip Securities Pte. Some are loading up on debt and leverage to buy more shares.

As the first major economy to adopt the zero-interest rate policies and central bank asset purchases that are boosting equity valuations across the world, Japan's experience may be the most informative.

Burned when the bubble collapsed, for years Japan's retail investors have avoided stocks. Two decades of underperformance instilled habits that propelled investors to try to sell at the top. Yet that attitude could at last be shifting.

Japanese individuals opened more than 820,000 online brokerage accounts between February and April, more than double the number in the same period in 2019. That's been prompted by a growing awareness of Japanese firms' favorable dividends, a push to promote tax-exempt investing accounts and the backing of the Bank of Japan's ETF purchases, said Makoto Sengoku, a market analyst at Tokai Tokyo Research Institute Co.

A 35-year-old Japanese housewife, who had long watched her husband and parents buy stocks and get gifts typical for shareholders, never before found the right time to start buying herself.

"I'm THE amateur," she said, declining to give her name citing privacy concerns. "But I saw a chance when shares plunged and I started buying." She's been documenting her experience on Twitter under the handle @kabukonosekai, buying the dips on large companies and planning to hold them long term.

In a regular survey this month of retail investors by Monex Group Inc., just 17% said the plunge led them to sell risk assets and move into cash, with 37% saying they took the opportunity to increase their share holdings.

A separate Nikkei Money survey of more than 30,000 individual investors found that of those who had started this year, just 0.1% had thought about quitting due to losses, with close to 60% either happy with their performance or wanting to invest more actively.

Well, who wouldn't be happy with their performance in the market that goes up regardless of bad news? The question turns to whether these investors will cut and run during the next dip, or learn new ways to succeed.

In China, interest has waned somewhat. A surge of account openings in March and April coincided with lockdowns throughout the country, but May figures were more muted. China has already had a considerable retail investor presence, with the lockdown stock boom paling in comparison to some recent share rallies.

In Japan, where retail investors are less of a force, individuals' share of trading volume jumped during the state of emergency, and more surprisingly has stayed consistent even as workers have returned to the office.

"Amateurs can make money just by buying stocks now, but the difference will be if they can grow when they start losing," said Murakami, the Japanese day trader.

"Oddly enough, many if not most of the retail investors take a long view," said veteran investor Mark Mobius, co-founder of Mobius Capital Partners, "and they will probably keep their money in the market and think of a long term return."