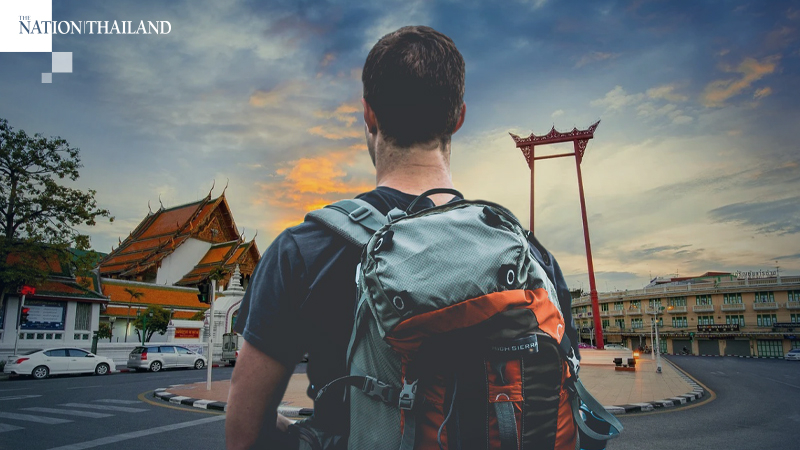 The Bank of Thailand’s report for May shows that the Thai economy continued contracting substantially due to a drop in external demand, both in the tourism sector and in export.

According to the report, the number of tourist arrivals contracted by 100 per cent from the same period last year. There were no arrivals for two consecutive months due to restrictions on inbound travel, and due to this, businesses and workers in tourism-related sectors were severely affected. 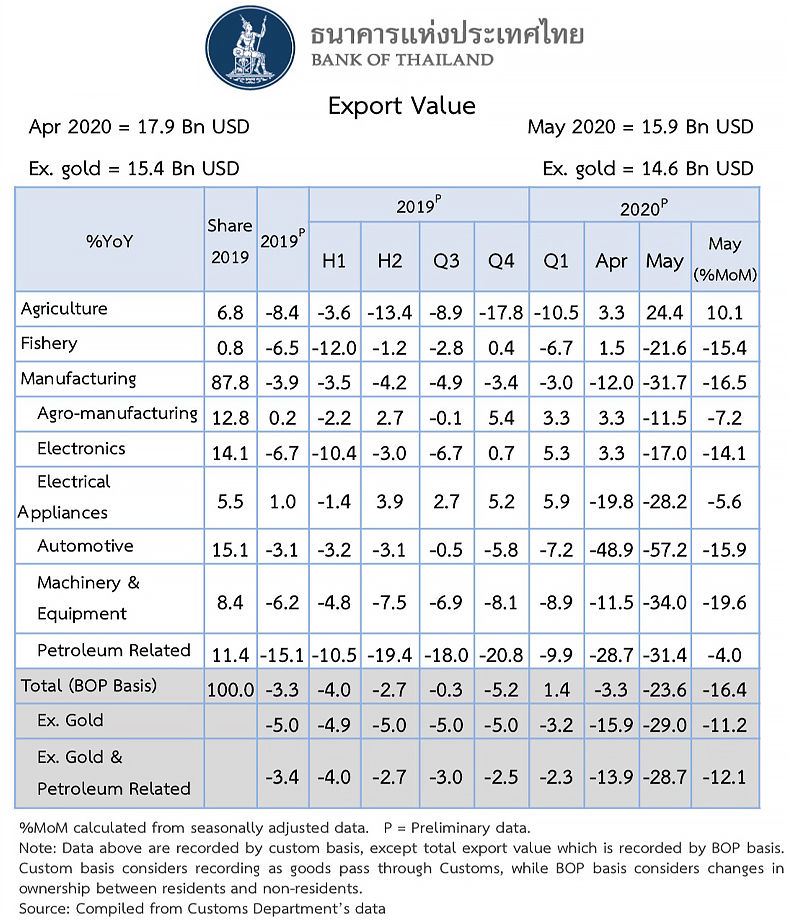 Meanwhile, the value of exports contracted sharply by 23.6 per cent from the same period last year, and excluding gold, the value of exports shrank to 29 per cent. High contraction in export in nearly all categories was due to weak demands and low global crude oil prices, as well as the effect of drought, which brought down the export of sugar. However, the export of one agricultural product showed signs of expansion – fruits sold to China.

Private consumption indicators also continued to contract significantly from the same period last year in all spending categories due to weakening factors such as employment, income and consumer confidence. However, the contraction rate was slightly lower compared to April because the easing of Covid-19 restrictions allowed some economic activities to resume, while the government’s relief measures also helped farming income to contract at a lower rate.

However, high inventories, weakening domestic and external demand contributed to a high rate of contraction in the manufacturing sector.

Private investment in machinery, equipment and construction sectors continued to contract at a higher rate from the same period last year, proving that businesses had delayed their investment plans, while stocks remained high due to low local and foreign demand, coupled with concerns over economic outlook which remains highly uncertain.

Overall, economic stability remains sound though more vulnerable. Headline inflation was more negative compared to April due to a drop in fresh food and core inflation. The labour market was more vulnerable as reflected by the continued rise in social-security claims by the unemployed.

The country’s current account, however, became balanced after a deficit last month from a huge surplus in trade balance. Capital and financial accounts posted a surplus mainly from both asset and liability positions, despite the net sell in portfolios by foreign investors. The former continued to contract extremely due to international travel restriction, while the latter contracted from weakening demand from trading partners.

Consequently, domestic economic activities were affected, especially from sharp contraction in private investment and manufacturing. Nevertheless, public spending continued to expand and contraction in private consumption was somewhat lower due to the easing of lockdown measures and the government’s Covid-19 relief schemes.